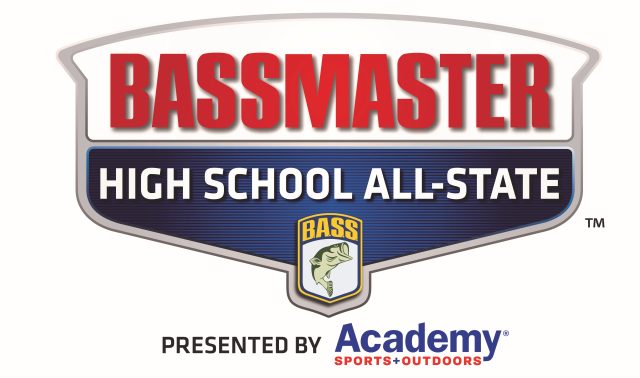 Fifty-three of the most outstanding high school anglers from across the country have been named to the 2022 Bassmaster High School All-State Fishing Team presented by Academy Sports + Outdoors.

The students were selected for the honor based on their success in bass tournament competition, academic achievement and leadership in conservation and community service.

To be considered for the All-State Fishing Team, a student must have been nominated by a parent, coach, teacher or other school official. Students enrolled in grades 10-12 with a current-year grade point average of 2.5 or higher were eligible.

B.A.S.S. received nearly 400 nominations from across the nation. From these, judges selected 53 student anglers from 34 states to make the All-State Fishing Team. In addition, 40 students received Honorable Mentions recognizing them for their tournament success as well as community service and academic achievement.

“Congratulations to all 53 anglers on being selected to be a part of the 2022 Bassmaster High School All-State Fishing team or Honorable Mention,” said Glenn Cale, B.A.S.S. Nation Tournament Manager — College, High School and Junior. “It’s always impressive to see the accolades of each applicant. Every parent and angler should be very proud of joining the team.”

A second panel of judges will review the nominations of the 53 All-State team members and select the 12 members of the 2022 Bassmaster High School All-American Fishing Team presented by Academy Sports + Outdoors. As in All-State judging, criteria include success in high school fishing tournaments, involvement in conservation efforts and other community service activities.

The 12 finalists will compete in a one-day Bassmaster High School All-American Bass Tournament presented by Academy Sports + Outdoors, which will be held during the 2022 Simms Bassmaster Elite at Lake Fork, scheduled to take place May 19-22 in Quitman, Texas.

Elite Series anglers will serve as teammates and “coaches” of the student anglers in the tournament. The high school standouts will be honored on the main stage at the weigh-in.

Below is the list of the 53 All-State anglers and 40 Honorable Mentions, in order by state:

About Academy Sports + Outdoors
Academy is a leading full-line sporting goods and outdoor recreation retailer in the United States. Originally founded in 1938 as a family business in Texas, Academy has grown to 259 stores across 16 contiguous states. Academy’s mission is to provide “Fun for All” and Academy fulfills this mission with a localized merchandising strategy and value proposition that strongly connects with a broad range of consumers. Academy’s product assortment focuses on key categories of outdoor, apparel, footwear and sports & recreation through both leading national brands and a portfolio of 20 private label brands, which go well beyond traditional sporting goods and apparel offerings. For more information, visit www.academy.com.

About B.A.S.S.
B.A.S.S., which encompasses the Bassmaster tournament leagues, events and media platforms, is the worldwide authority on bass fishing and keeper of the culture of the sport, providing cutting edge content on bass fishing whenever, wherever and however bass fishing fans want to use it. Headquartered in Birmingham, Ala., the 515,000-member organization’s fully integrated media platforms include the industry’s leading magazines (Bassmaster and B.A.S.S. Times), website (Bassmaster.com), TV show, radio show, social media programs and events. For more than 50 years, B.A.S.S. has been dedicated to access, conservation and youth fishing.