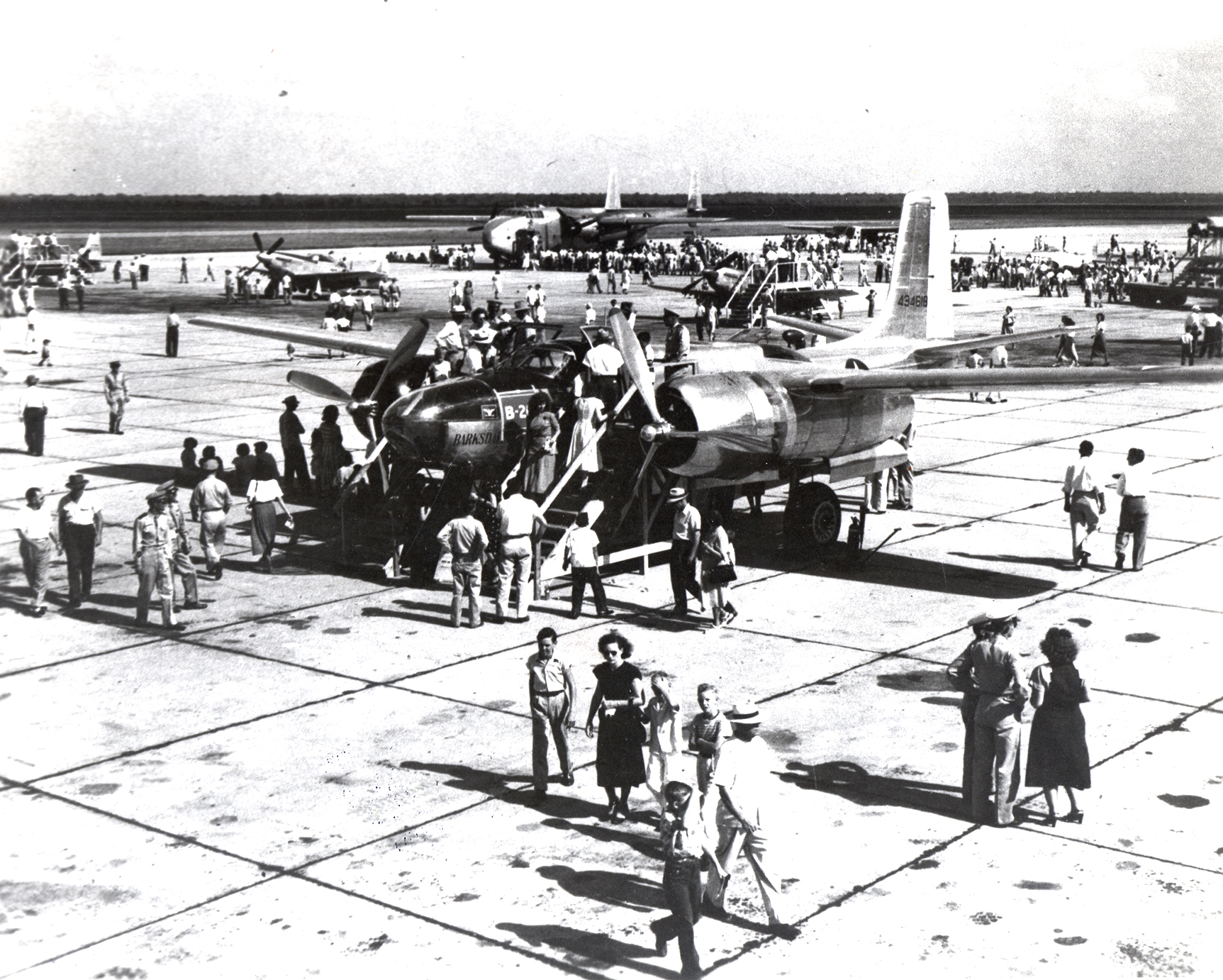 BARKSDALE AIR FORCE BASE — In 1931, construction began on what would one day become Barksdale Air Force Base, but the Shreveport and Bossier City communities’ close relationship with and support of the military began long before.

As early as 1924, a group of prominent civic leaders began looking for a location to host a new military installation and began a tradition of partnership that continues to this day.

Today, Barksdale and its neighbors rely on each other for everything from financial support to employment. The spouses and dependents of Barksdale Airmen often find work in the local community and many Bossier City and Shreveport citizens are employed by the base.

According to the base’s last economic impact statement, Barksdale employs 4,445 civilians. In turn, the community helps support more than 6,000 dependents with employment opportunities, medical care and recreation, which is often mutually beneficial. Many Airmen also take the opportunity to volunteer and support off base nonprofit organizations and events.

Three local organizations that stay heavily involved in supporting the base are the Military Affairs Council and the Shreveport and Bossier City Chambers of Commerce.

“We are a diverse organization that has one goal in mind; to support the men and women that defend this country and to honor the sacrifices they and their families make every day,” said Kathi Smith, MAC executive director.

In her role with the MAC, Smith keeps her finger on the pulse of the military and civilian community partnership and attends regular meetings on base to make sure the MAC is able to support the base as needed. Barksdale also has regular representatives at local chambers of commerce meetings.

“The Military Affairs Council participates in several events throughout the year,” Smith said. “We recently sponsored Celebrate Barksdale, our annual picnic to express the community’s collective appreciation to the men and women who serve while stationed at the base.”

The MAC has assisted with Barksdale’s annual air show by helping fund civilian acts, publicity and other special needs to supplement military demonstration teams and static displays in an effort to draw as many civilian guests to the event as possible. But their support does not end there.

“The MAC also supports awards that recognize and encourage Airmen for a job well done,” Smith added. “Modest cash gifts and MAC coins are given at the wing level to monthly, quarterly, and annual award recipients as a token of our community’s appreciation for excellence in service.”

MAC members come from all walks of life, some of them former military themselves.

“The MAC membership is comprised of civic leaders, business owners and retirees, both military and civilian,” Smith said.

She herself is a prior active duty Airman, retiring after more than 30 years of service at the rank of chief master sergeant.

The organization also champions for quality of life improvements for Bossier Parish’s military families through advocacy to the business community, in addition to encouraging social interaction between the civilian and military communities.

“The Bossier Chamber values our partnership with Barksdale Air Force Base and we consider it an honor to be able to give back to these Airmen who truly exemplify Service Before Self,” said Monique Roux, the chamber’s director of business development and military relations liaison. “Our goal is to improve the quality of life for the Airmen and their families to make their time at Barksdale a great experience.”

The MRC makes sure Airmen know what services the group offers as soon as they arrive on base; briefing them at the base’s Right Start and Air Force Global Strike Spouses’ orientations.

After more than 80 years of existing side-by-side, the relationship between Barksdale Air Force Base and its surrounding communities remains as strong and vibrant as ever, thanks in no small part for the efforts of community organizations and the Airmen who make it a point to participate as active community members, both on and off base.