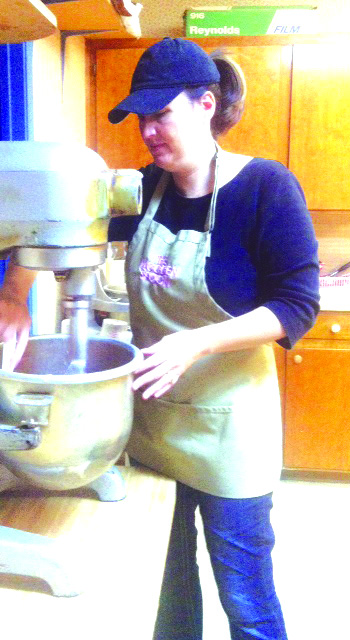 A local baker gave national food judges something sweet to sink their teeth into.

Tammy Judge, owner and baker of the Wooden Spoon on Viking Drive in Bossier City, recently competed as a finalist in the U.S. Foods Next Top Product Competition in Las Vegas.

“It was such a neat experience,” said Judge. “They’re looking for the next big product to market and sell to different business and restaurants. There were so many different chefs, hundreds of them, competing in the competition. For most of the people at the competition, they had both the owner and the chef there. I think I was the only one who was both.”

It’s a quick rise after only taking over the Bossier institution less than a year ago.

“The bakery has been around since the 80s,” said Judge. “After being open for a while, it was eventually sold to Henry Burns. Then found out he was selling it through my daughter who found out from her teacher.”

Since she took over, the bakery has gained attention due to the Mean Bean Espresso Cookie. That dessert won her a spot as a finalist in the national competition. 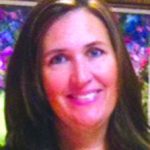 “My husband was the one who had the idea for the cookie,” said Judge. “He woke me up at 4 in the morning to tell me about this cookie he had thought of. So I made it and tried it out. Both he and my daughter worked together on it. When we started making it, we had people from all over start coming out to see what we had going on. After going through the social media back in June for the competition, it really started to pick up. And then we found out we won to go to Vegas.”

“I was also the only dessert in the whole competition. Even though we didn’t win, it was still an honor to be a finalist at the completion, getting to cook out there on Freemont St. with all the other chefs.”

Judge expressed that her experience in the competition has produced some new ideas for the future of the Wooden Spoon.

“It has given me lots of new ideas of things I want to do,” said Judge. “We’ll just have to wait and see what comes up next.”

It’s a long way to come since she wanted to open a “little cookie shop.”

“I came down here on Dec. 31, talked to Henry Burns, and fell in love with the place. From then on we just worked on how I could make it mine. I’ve always loved baking, and it has just been great.”

Some of the favored desserts of the Wooden Spoon include the different flavors of Amish breads, banana nut breads, lemon breads, brownies, and of course the cookies.

“I enjoy getting to come in the morning to mix and bake cookies,” said Judge. “It’s something I’ve always loved. We want to let people know that we are still here and still making baskets, continuously adding new things especially during the Christmas holiday season. I would say that the Amish breads seem to be the favorite of the people, but they love everything else too. Everybody has their own favorite they like from here. We don’t do cakes and things like that yet, but maybe in the future.”

For Judge, her favorite thing from the bakery is sweeter than any dessert they have to offer.

“My favorite part about the bakery would have to be the people themselves,” said Judge. “The people that you meet, working here, come in with all different stories and reasons for buying baskets. We convey their thoughtfulness here anytime somebody orders a basket, whether it is for someone sick, to cheer someone up, or it’s their birthday. I feel like I am able to help, whether by making a basket to help people feel good or simply by listening to what they have going on.”

The experience has whetted her appetite for more competition.

“I certainly plan on doing the competition again,” said Judge. “I’m not sure what I’ll make just yet, but we’ll see.”