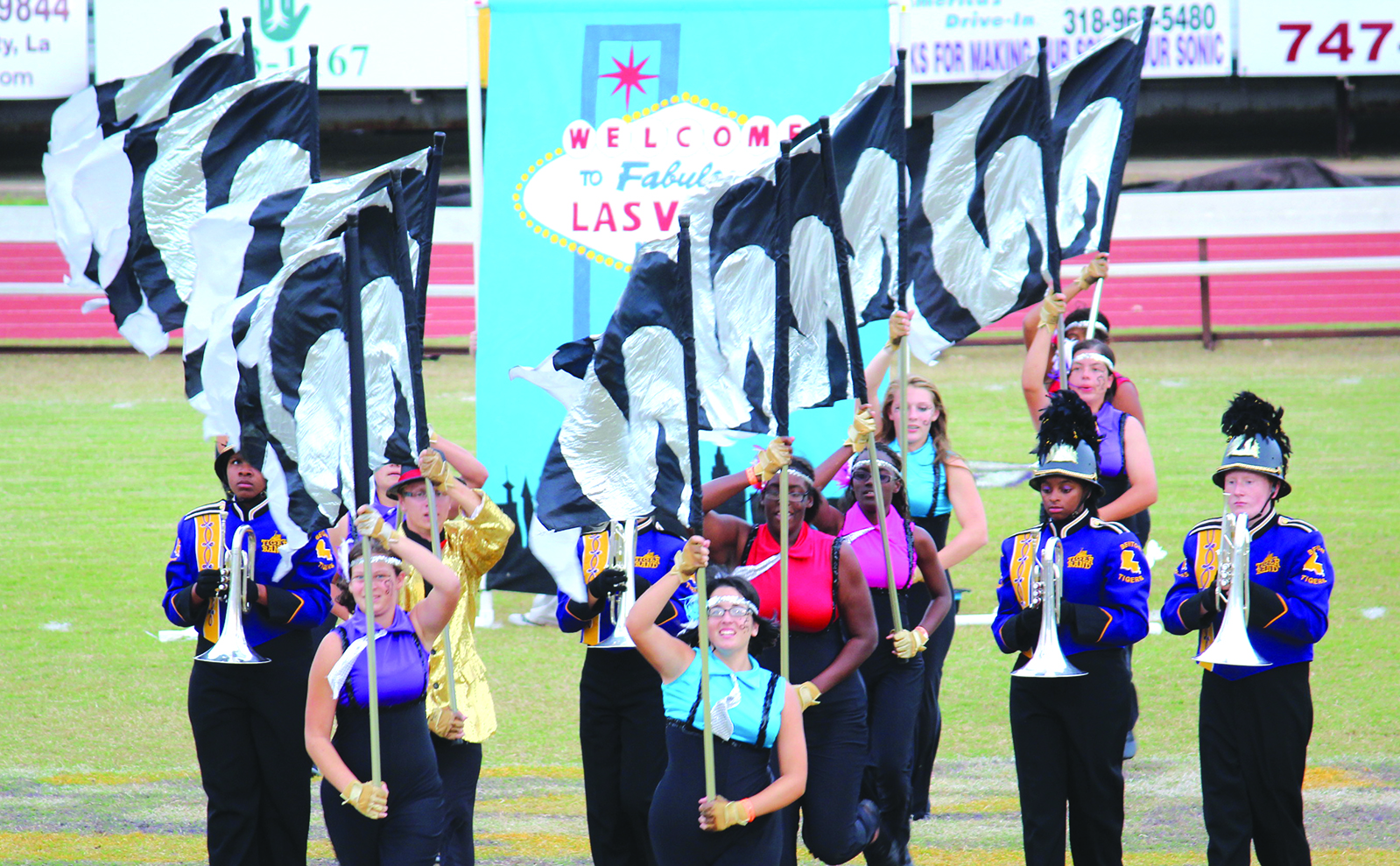 Marching in the school band doesn’t mean performances are limited to halftime shows.

In fact, the thrill of playing under Friday night lights is only the beginning of a jam packed season. Add in the occasional marching contest, a few pep rallies and weekend honor band auditions (on top of countless hours of practice after school) – it’s a life that requires dedication, perseverance and a whole lot of team work.

Success on and off the field, though, has opened the doors to new opportunities for some area teens.

Two members of the Viking Vanguard Band will jet off to New York City this month to perform in the 87th annual Macy’s Thanksgiving Day Parade.

Senior Kaitlin Simpson and junior A.J. Spillers will be among the select group of high school musicians across the country that will march with the Macy’s Great American Marching Band.

The two will leave for New York City the Saturday before Thanksgiving and spend the days leading up to the parade practicing and taking in the sights and sounds of the Big Apple. By Thursday, they will be marching down the historic two and a half mile parade route – beginning on Central Park West at 77th Street and ending on 34th Street at the infamous Herald Square – in front of millions of viewers. Last year’s parade captivated audiences from around the world, reaching 3.5 million parade attendees with 50 million watching the larger than life balloons, parade floats and performers from home.

Simpson said she’s watched the Macy’s parade since she was a little girl and has dreamed of one day seeing it live. That dream will become reality in just a few weeks, but in a much bigger way.

“I’m so excited,” she said with a smile. “My family and friends have already said they are going to look for me on t.v.”

This once in a lifetime opportunity comes as a result of their placement in the Louisiana Music Educator’s Association (LMEA) all-state band. Both Simpson (flute and piccolo) and Spillers (trombone) have made the elite band twice in their high school careers, both as sophomores and juniors.

Although he’s never actually watched the Macy’s Thanksgiving Day parade, Spillers said he’s looking forward to experiencing it as a performer. They are also hoping to take in the sights of Times Square, visit Ground Zero and the Statue of Liberty and even see a Broadway show in their down time.

Jazzing it up on the football field this year is the Benton High School band. The Tiger band is bringing the Sin City life to northwest Louisiana with an action packed, high energy show that will have your toe tapping by the end of the first act.

Junior Michael Phelps is taking the halftime performance to a new level as one of the soloists in the ‘Something Vegas’ show. If the jazzy notes don’t strike a chord, his leap from the stacked poker chips will.

“The show is very entertaining,” Phelps said. “We’ve all put a lot of hard work into it, but it feels awesome being the center of attention.”

When he’s not marching, Phelps stays busy with sports – swimming, soccer and bowling – and working hard to achieve his goals for the future. He hopes to attend Louisiana State University in Baton Rouge or Louisiana Tech University in Ruston and also play in the band.

Then, Phelps said he wants to take it to the next level. His ultimate goal is to march with Drum Corp International (DCI).

“It’s like the NFL of marching bands,” Phelps said. “It’s the highest you can go and it gives me something to look forward to. It just looks like a fun life experience.”