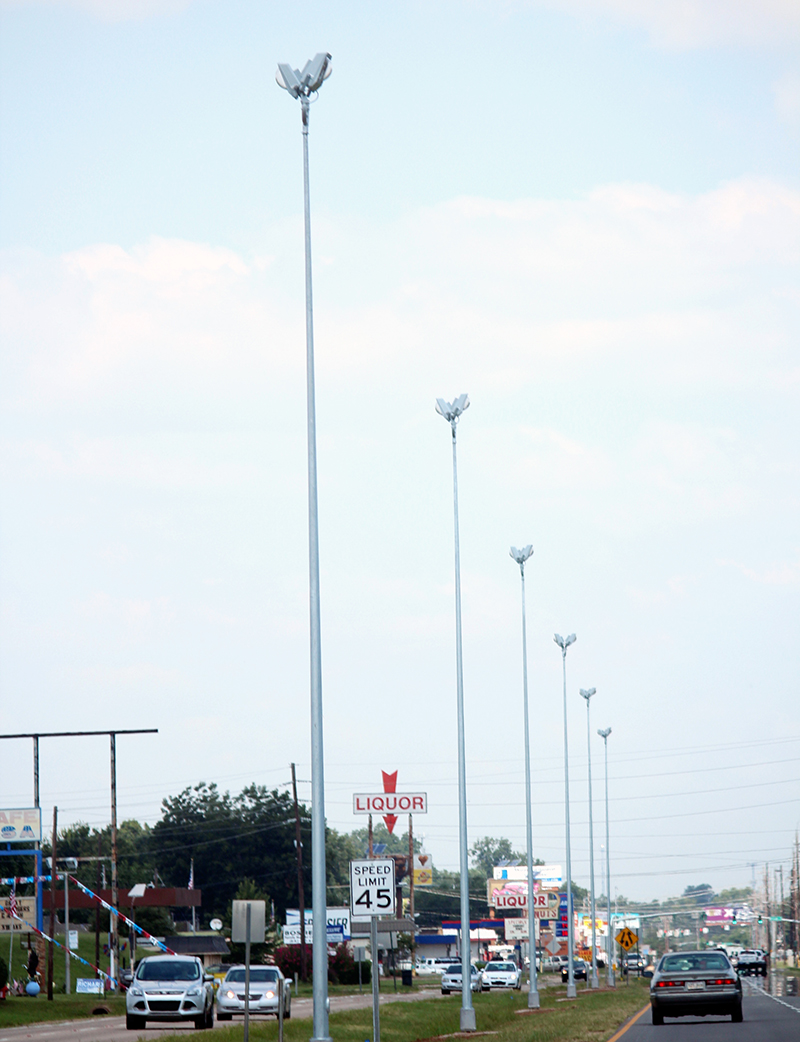 New lights on road will improve driving for residents

Visibility on one Bossier City roadway has gotten better and brighter.

Pam Glorioso with the City of Bossier City said citizens asked for improved lighting on the road years ago and city officials felt it would be a good, safety enhancing project for the community.

“There is a lot of traffic traveling that stretch of road every day from Barksdale Air Force Base, the Shreveport-Barksdale Bridge and Jimmie Davis Bridge,” she said.

The city asked for funding from the state of Louisiana in 2009 to do the project. However, funding wasn’t received until 2013-2014.

The timing, though, couldn’t be better. Glorioso said the impending closure of the Jimmie Davis Bridge in January 2015 will more than likely create more traffic along Barksdale Boulevard.

“The [Jimmie Davis] bridge project is said to take 15 months. During that time, the bridge will be closed for a 12 month period. That’s huge,” she said. “There will be a lot of traffic traveling back and forth and having that lighted roadway was imperative to get in this year.”

Glorioso said the lights on Barksdale Boulevard are the same as those that were installed in 2006-2007 along Highway 80, stretching from Bossier Parish Community College to Harrah’s Louisiana Downs.

“They are the same fixtures, poles, everything,” she added. “They throw out a bright light and really light up the road.”

The final cost after construction, Glorioso said, will be about $650,000. This project is just the beginning of the Barksdale Redevelopment plan, which was announced earlier this year.

Although it wasn’t in the original plans, Glorioso said it’s a great tie in and kick-off to the work that’s coming to that area of the city.