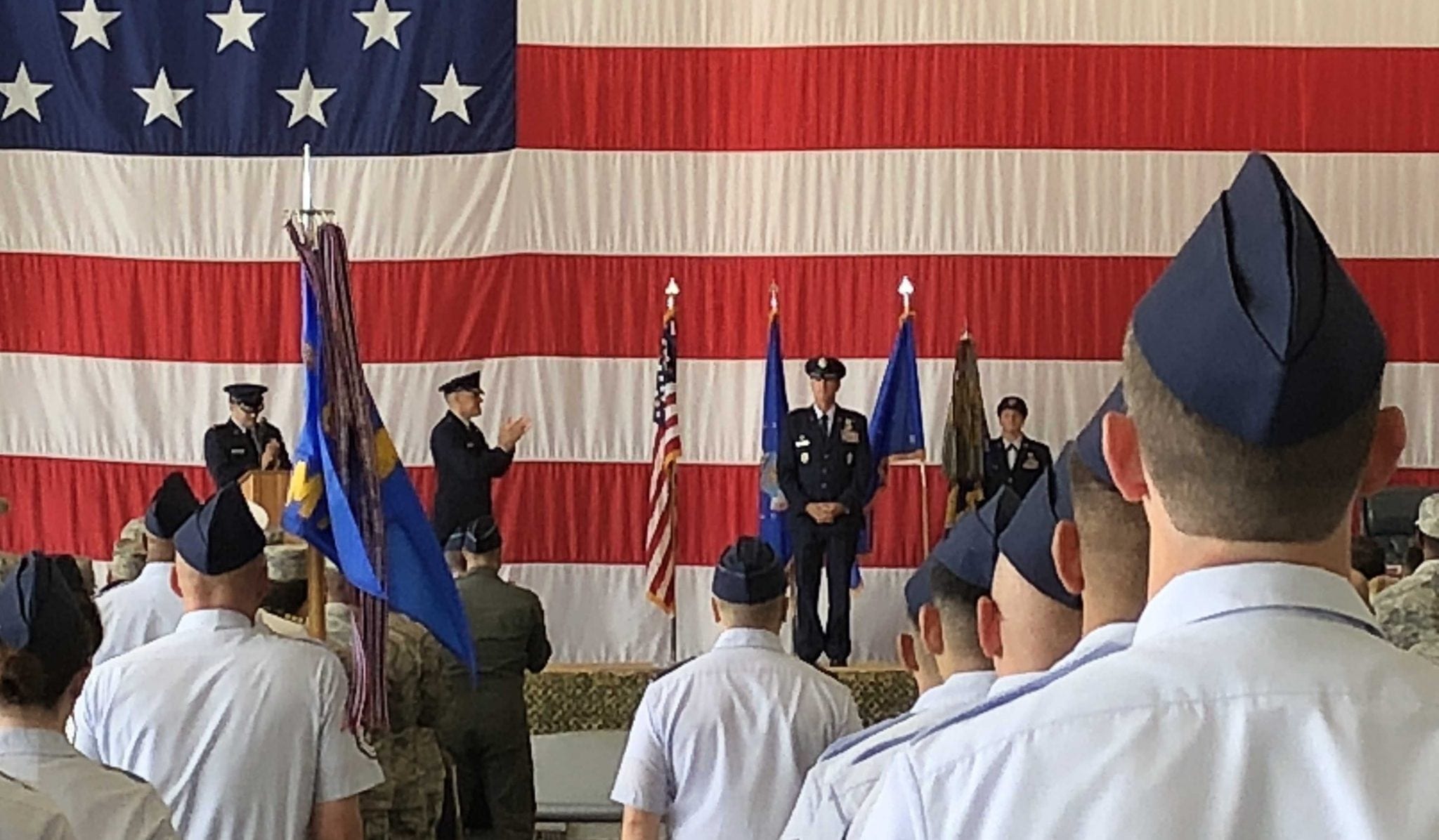 The change of command ceremony took place at Barksdale Air Force Base Monday morning as Colonel Ty Neuman passed the 2nd Bomb Wing guidon to Colonel Michael A. Miller, signifying the beginning of Col. Miller’s command.  Maj. General Thomas Bussiere was the officiator for the occasion.

Col. Neuman was recognized for his many accomplishments as commander, including multiple awards as well as the revitalization of the operation of the B-52.  Neuman gave his thanks to the community, to the airmen and to his family for the support he has received over the last two years. He left the audience of airmen and government officials with a challenge to make the 2nd Bomb Wing, “Better tomorrow than it is today.”

Col. Miller has been a Bossier Parish resident for the past year and currently lives in Benton with his wife Monica and their three daughters, Bridget, Reese and Katherine.  Until the change of command, Col. Miller served as the director of the Joint-Global Strike Operations Center at Barksdale.

Col. Neuman stood with Col. Miller on the stage and exchanged the symbolic blue and gold guidon, reciting the time-honored statements from one commanded to the next: “Sir, I relinquish command,” and “Sir, I assume command.”

Gen. Bussiere introduced Col. Miller, saying that he was “like a thoroughbred racehorse whose been waiting in the gate,” and that he had been “biting at the bit” for his turn at command.  With great confidence, he welcomed to the podium the new commander and presented him with the enormous B-52 which sat outside the hangar doors.

“Sir, we present aircraft 002, the spirit of Shreveport-Bossier.” Gen. Bussiere gestured toward the B-52, “Sir, welcome to the Deuce.”

Col. Miller extended his gratitude to the audience and made clear that he would plan to follow the 3 priorities of his predecessor in focusing on Mission, Airmen and Families.

Col. Miller further said, “To provide nuclear and conventional B-52 capabilities and combat-ready Airmen to combatant commanders is, and will always be, job one.  We will remain committed to the empowerment, mentorship and development of our Airmen so that they can continue to grow and perform as an elite and highly disciplined team.”