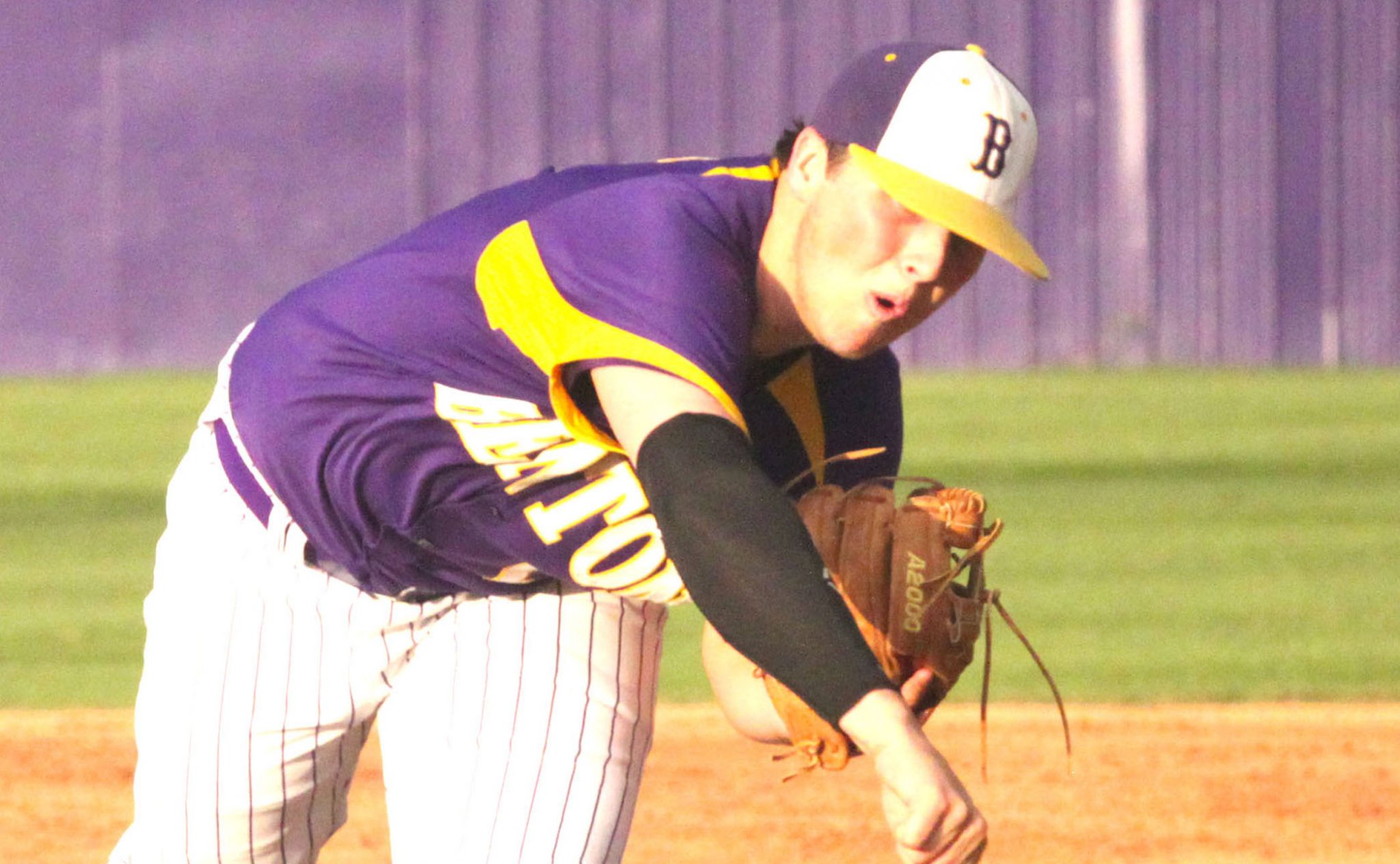 Benton’s Aaron Henigan pitched a no-hitter as the Tigers edged Minden 2-0 in a District 1-4A baseball game Monday at Benton.

It was the completion of a game suspended Friday night after 2 1/2 innings because of rain. Neither team had a hit or run when the game resumed.

“As far as being in that No. 1 spot for us, every game he’s gone out this year he’s matched his own effort the game before. And when he’s on the mound we know he’s going to compete to the very end.

“He did a very good job tonight of pounding the strike zone against a good Minden hitting team.”

Beene allowed just three hits, but one was a two-run homer by Cameron Horton with two outs in the third.

Horton’s homer came after Jordan Shaffer kept the inning alive by reaching first on an error.

“(Horton) came through after a great at-bat by the guy in front of him,” Stephens said. “That’s the one thing we talk about the most. Shaffer, with two strikes, put the ball in play and gives Cameron a chance to hit a two-run jack.

“Not trying to do too much, (Horton) took a fastball out over the plate and hit it out to center. He just has a great approach right now.”

The Tigers, ranked No. 4 in the latest Louisiana Baseball Coaches Association Class 4A poll, lost a heartbreaker, 5-4, to Northwood Tuesday on a two-run homer in the bottom of the seventh.  They are 14-7 overall and 2-1 in district.

“I think we’re going to be fine,” Stephens said after the Minden game.  “We’ve got two out of the three phases of the game right now working for us. We’re pitching well. We’re playing good defense. We’ve got the good hitters.

“Every team, no matter how good you are, will go through a skid. We’ve just kind of gone through a funk offensively, but our guys do a great job of not panicking and when it’s all said and done I know our guys are going to compete no matter who we play and that’s all we can ask for really.”