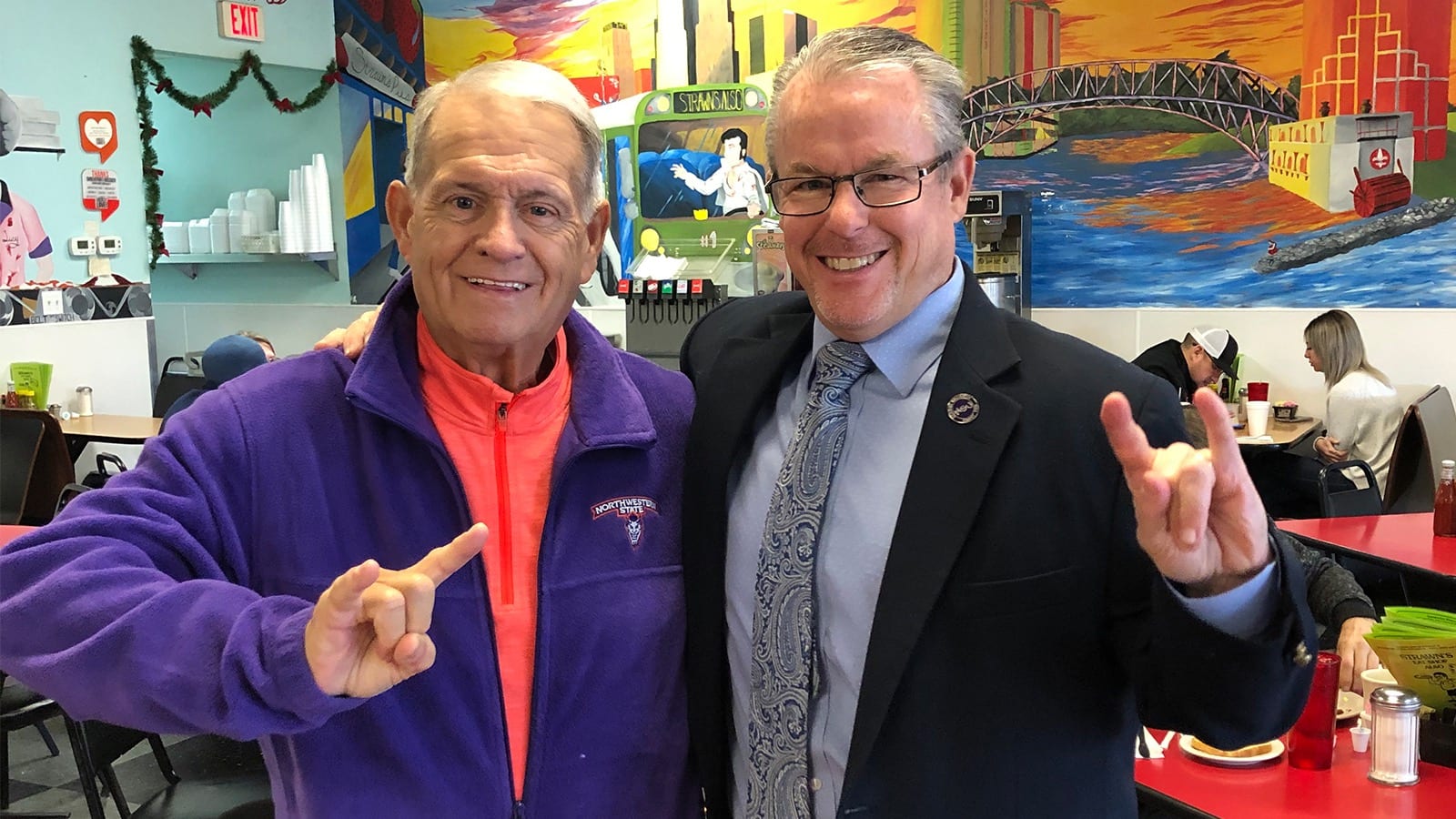 NATCHITOCHES – Danny Bob Turner’s place in Northwestern State baseball history has been sealed for more than half a century.

Going forward, it will be easier for all to see.

The Northwestern State Athletic Department announced Monday that Turner’s No. 7 will be retired in a ceremony this spring, honoring NSU’s first baseball All-American. Turner’s jersey retirement is the first under the department’s new policy, which incorporated input from various sources to compile a list of criteria for this honor.

“I am very humbled by it,” said Turner, named a 1967 All-American after finishing fifth in the nation with a .411 batting average. “I really loved my years at Northwestern State. I had a wonderful time, and he surprised me when he told me what they were going to do. It’s quite an honor. It hasn’t been done that many times at Northwestern State. For me to be chosen, it’s a thrill for me.”

Turner’s No. 7 will join four other retired numbers that reside on the center field wall at Brown-Stroud Field – Billie Roy Cook’s No. 10, Jim Wells’ No. 17, Jim Willis’ No. 28 and Brian Lawrence’s No. 29.

“What a well-deserved honor this is for Danny Bob, who was a great baseball player and is an even better person,” Burke said. “He truly was a leader on the diamond for Demon baseball but, more impressively, has been a leader in his community and profession for many years. You love seeing good people like Danny Bob receive this sort of recognition, especially knowing how much it means to his family and friends.”

The excitement over Turner’s number retirement spread to his former teammates.

“I’m so excited right now,” said Terry Alario Sr., who pitched for the Demons from 1966-69. “I can’t tell you how pleasing this is to me. Danny Bob was a remarkable athlete. He was probably one of the best teammates anybody could ever have. As far as his abilities on the baseball field, it was magnificent the way he would swing the bat. He never let you down. He was the kind of guy we always hoped would be at the plate in a key situation.”

Alario said Turner “loved RBIs,” a fact that was clear from his 1967 batting line.

Turner knocked in 27 runs in just 90 at-bats, but it was his performance in a doubleheader at the then-University of Southwestern Louisiana that stood out to both him and Alario.

Turner tripled in four consecutive at-bats across the twinbill against the Ragin’ Cajuns. In addition to being a unique feat, Turner recalled how similar all four of his three-baggers were.

“In the first game of the doubleheader, the last two times I was at bat, I hit balls to the left-center gap, and I got up the first two times in the second game and hit triples to the same spot,” he said. “You could have videotaped all four and you would have thought it was the same at-bat. They were almost the same identical hit – the same line drive, hard hit to left-center.”

Alario’s memory of the feat nearly was a carbon copy.

“That’s still the greatest accomplishment I’ve seen in baseball at any level,” Alario said. “The third time he was up, the left fielder and center fielder got closer together, and he hit it between them again. The next time, they were 20 feet apart, and he hit it in the same spot. They were rockets, absolute rockets.”

Turner’s Northwestern State athletic resume also included a spot on the undefeated 1966 football team, allowing him to play for legendary coach Jack Clayton in both sports.

Following the conclusion of his football coaching career in 1966, Clayton took over the Demon baseball coaching job and led NSU to the national postseason.

“Coach Clayton was one of the finest men I’ve ever known,” Turner said. “He was all about building character, building relationships and loving the young men who played for him. It was really a thrill to have him coach me in both baseball and football in the same year.”

Turner’s character showed off the field as well.

He created the first Fellowship of Christian Athletes huddle on NSU’s campus, a legacy that now will be joined when his No. 7 is placed alongside the other four retired Demon baseball numbers this spring.

“I have so many wonderful memories of my time at Northwestern,” Turner said. “I spent a lot of time at the Baptist Student Union and started the first FCA huddle at Northwestern in 1964. When I think back on my time at Northwestern, I loved the time I was able to play on the national champion football team and play baseball, starting all four years. I loved my off-field life, too. I met so many Christian friends during that time.”