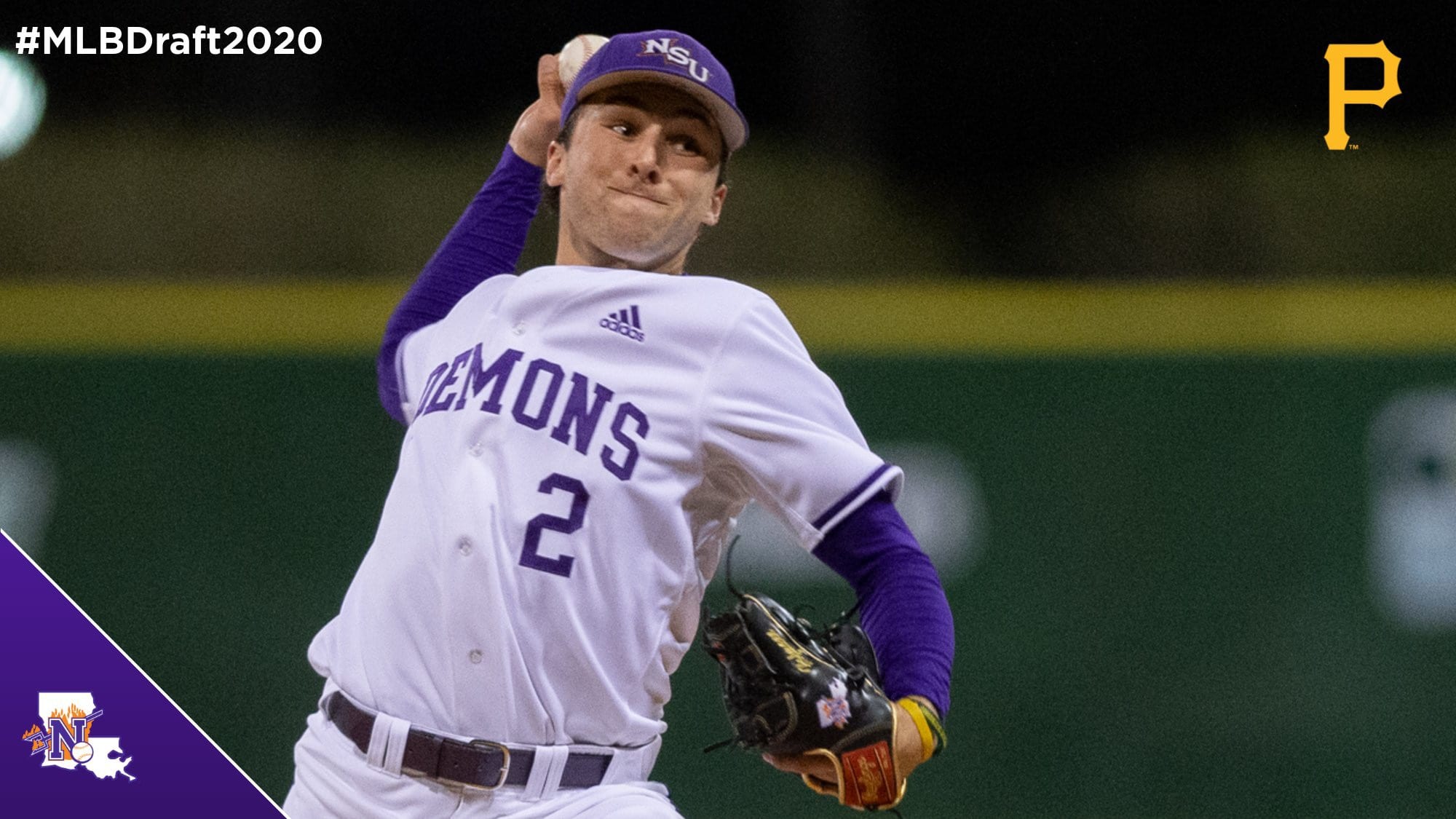 NATCHITOCHES – In four appearances in a Northwestern State baseball uniform, Logan Hofmann turned himself into one of the top 138 baseball players in North America.

A second-team All-American, Hofmann was selected by the Pittsburgh Pirates in the fifth round of the Major League Baseball First-Year Player Draft on Thursday. Hofmann was taken with the 138th overall selection and becomes the third Demon to be selected by Pittsburgh, the first since Adam Oller in 2016.

“I figured if I went it would be in the fifth round,” Hofmann said. “I had a 50/50 feeling on being drafted, and I wasn’t too sure what would happen. When I found out a couple of picks before, I still wasn’t going to get too excited until I saw my name come on TV. I’m very grateful for the opportunity.”

A junior right-handed pitcher, Hofmann turned in a stellar novel coronavirus pandemic-shortened 2020 season. Hofmann went 4-0 in four starts, striking out 38 hitters in 28 innings while posting a 0.00 ERA. He was one of eight Division I pitchers to not allow an earned run this spring but did so in the most innings. His four wins were one shy of the national lead, and he paced the Southland Conference in strikeouts, wins and WHIP (0.68).

Hofmann was chosen in the 35th round by St. Louis in the 2019 draft and was a Cape Cod Baseball League All-Star before deciding to attend Northwestern State. With his selection he became the back end of school history as the Demons produced top-five-round selections in consecutive drafts for the first time in school history.

The 51st draft pick in school history, Hofmann followed Nathan Jones, who was tabbed in the fifth round (148th overall) of the 2019 draft by the New York Mets, as the Demons’ top-five rounders. Hofmann’s selection also gives Northwestern State five picks in the past three drafts, marking the first time NSU has had a player drafted in three straight years for the first time since 2010-12.

While Jones and Hofmann were never NSU teammates, their paths crossed at a pre-draft workout ahead of the 2019 draft. Hofmann’s selection is the highest for a Northwestern State player since the Minnesota Twins chose left-handed pitcher Mason Melotakis with the 63rd overall pick in the second round of the 2012 draft.

“It’s that much more exciting this year,” Hofmann said. “Last year, I was grateful for the opportunity, but I wanted to go to college and show I could compete at the highest level of college baseball. That’s why it makes this one feel better. It’s awesome to hear my name called.”