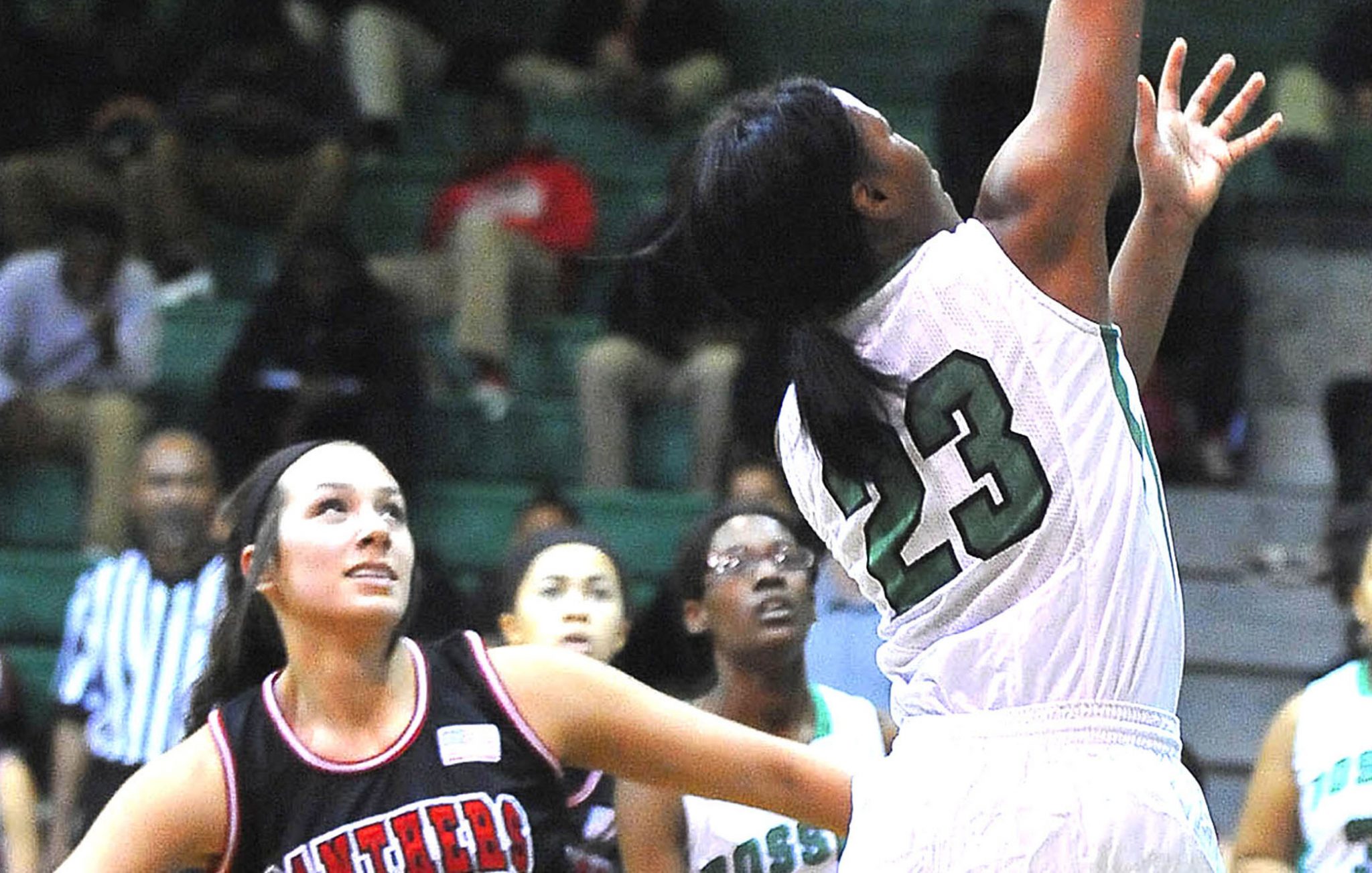 The Bossier Lady Kats will be the first team in Bossier Parish to begin district play when they host North Webster in a District 1-3A game tonight at 6.

Bossier, which lost top returning player Deneira McGlothan to a knee injury in a preseason scrimmage, went 5-11 in non-district play. But the Lady Kats have won four of their last six, including a 68-41 victory over Parkway Tuesday night.

District 1-3A has a new look this season. Bossier and Green Oaks are the only holdovers from last season’s group of teams. North Webster, Booker T. Washington, Mansfield and Evangel are new additions.

The North Webster girls have lost all 11 of their games.

“Doc” Edwards champion Mansfield (15-5) is the favorite to win the title. Green Oaks (13-4) had the second-best non-district record. Bossier split a pair of tournament games with the Lady Giants.

All other parish boys and girls teams begin district play next week.

The young Airline boys team (6-10) will be trying to end a three-game slide. Coach Chris White has had two freshmen and two sophomores in his starting lineup. New Tech (10-6) defeated Airline 64-59 in a Parkway tournament game played at Airline on Dec. 12.

The Airline girls (9-9) are coming off a 47-44 victory over Ruston. New Tech (10-8) is looking for its third straight victory. The Lady Vikings defeated the Lady Lions 46-28 in the first round of the “Doc” Edwards tournament.

The Haughton boys (7-8) will be looking for their third straight win. Minden is 10-5 with two straight losses.

The Benton boys (3-9) will try to end a seven-game losing streak against defending District 1-5A champion Captain Shreve. The Benton girls (13-7) are the hottest team in the parish, having won three in a row and seven of their last eight.