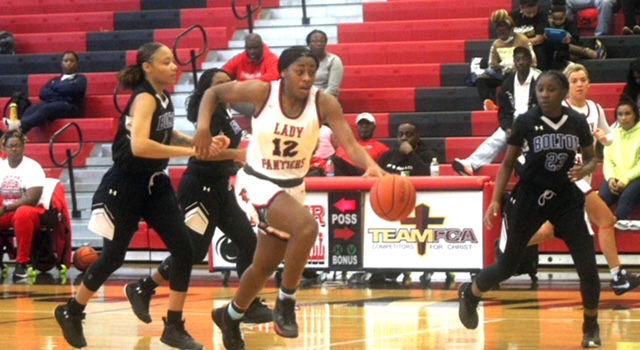 Last August, Parkway’s Mikaylah Williams helped the U.S. women win the gold medal in the FIBA 3 X 3 U18 World Cup in Debrecen, Hungary. In fact, she was named MVP of the event.

Williams is heading back to Debrecen next month as a member of the USA Basketball Women’s U17 National Team. The U.S. will play in the 2022 FIBA U17 World Cup July 9-17.

Williams and the other players were selected by the USA Basketball Developmental National Team Committee after six day of trials in Colorado Springs. They represent the high school graduating class of 2023 and 2024. Forty players were invited to the trials.

Williams, a 6-foot-1 guard, led Parkway to a 33-2 record on the court last season. The Lady Panthers reached the Class 5A state championship game for the first time in school history.

Williams averaged 22.8 points, 8.0 rebounds, 3.7 assists and 2.2 steals. She was named one of five finalists for the Jersey Mike’s Naismith High School Girls Player of the Year, a national award.

She was also named the Louisiana Gatorade Player of the Year, the Outstanding Player on the Class 5A All-State team, the District 1-5A MVP and the All-Parish MVP.

Williams has long been considered the top college prospect in the nation in the Class of 2023. On Friday, she announced that she would be choosing among five schools — LSU, Baylor, Duke, Texas A&M and Ole Miss. She did not mention when she would be announcing her decision.