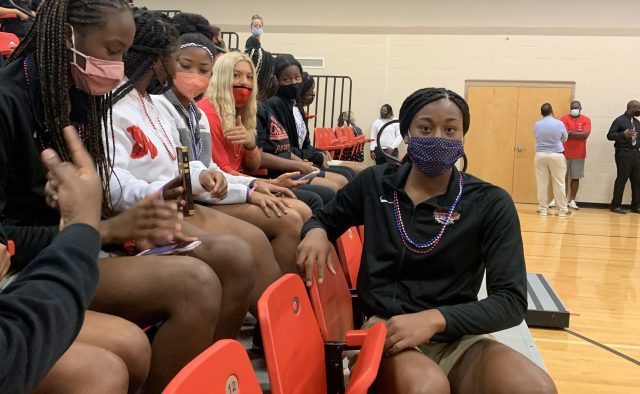 Parkway junior Mikaylah Williams was named the MVP as the U.S. women won the Gold Medal in the FIBA 3 X 3 U18 World Cup tournament Sunday in Debrecen, Hungary.

Both the U.S. men and women successfully defended their titles after winning them both two years ago in Mongolia.

The U.S. women went 6-1 with their only loss coming in pool play against Russia after they had already clinched a spot in the final eight.

Williams, the only junior on the women’s four-player roster, scored 56 points, 20 more than the team’s second-leading scorer.

She scored a game-high 10 points and hit a deep two-point shot for the final points of the U.S.’s 21-14 victory over Spain in the Gold Medal game.

The U.S. defeated Estonia 18-4 in the quarterfinals and Germany 15-14 in the semifinals.