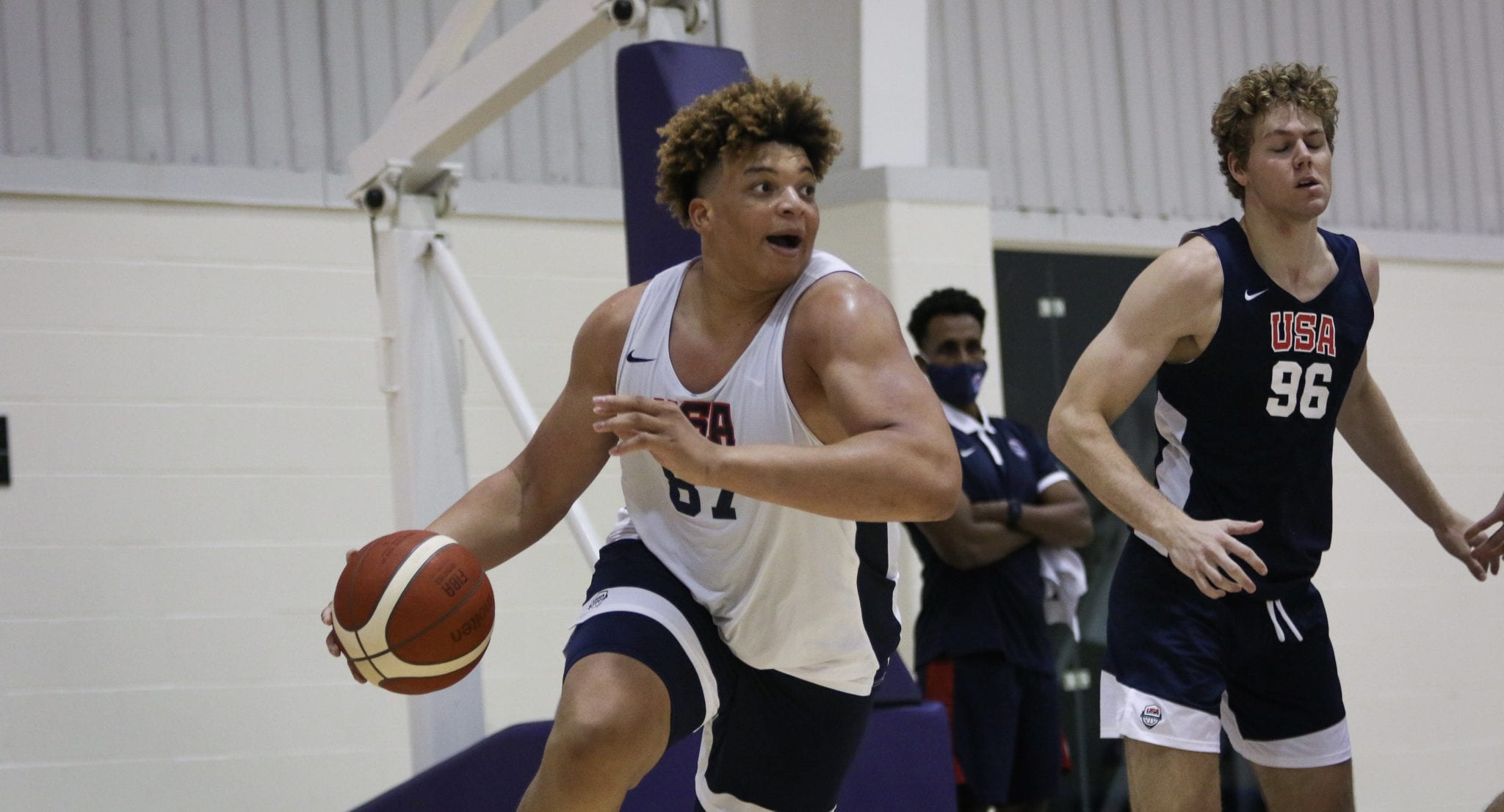 FORT WORTH, Texas – Kenneth Lofton, Jr. is trading in his Louisiana Tech red and blue for a different kind of red and blue this summer.

After going through a six-day training camp in Fort Worth, Texas along with 25 other athletes, it was announced late Thursday night that the Bulldog was selected to the 12-member 2021 USA Basketball Men’s U19 World Cup Team roster.

The team features six players who completed their first collegiate season and six players from the high school class of 2021.

“This week has been very fulfilling so far, and the process of selecting this 12-player group was really difficult given the amount of talent we have had at training camp,” said Jamie Dixon, Team USA head coach.  “Everyone has been working hard, we are growing closer as a group, which is really important.

“I am excited about the team that the committee put together as we now prepare to head overseas to Latvia and compete for a gold medal.”

The Port Arthur, Texas native made the first round of cuts on June 21 as one of 17 finalists.  The official team was selected following 10 training sessions held on the campus of Texas Christian University.

Lofton, Jr. becomes the first LA Tech men’s basketball player to earn ever a spot on the U19 World Cup Team and just the seventh from a current Conference USA school.

USA men’s teams have won seven gold medals, three silver medals and one bronze medal while compiling a 99-14 overall record in U19 World Cup play since the even launched in 1979.  The UTSA has won four of the last six U19 golds since 2009.

The current team is scheduled to continue training on the TCU campus through June 28, then travel to Riga, Latvia for the 2021 FIBA U19 World Cup that will be played July 3-11.