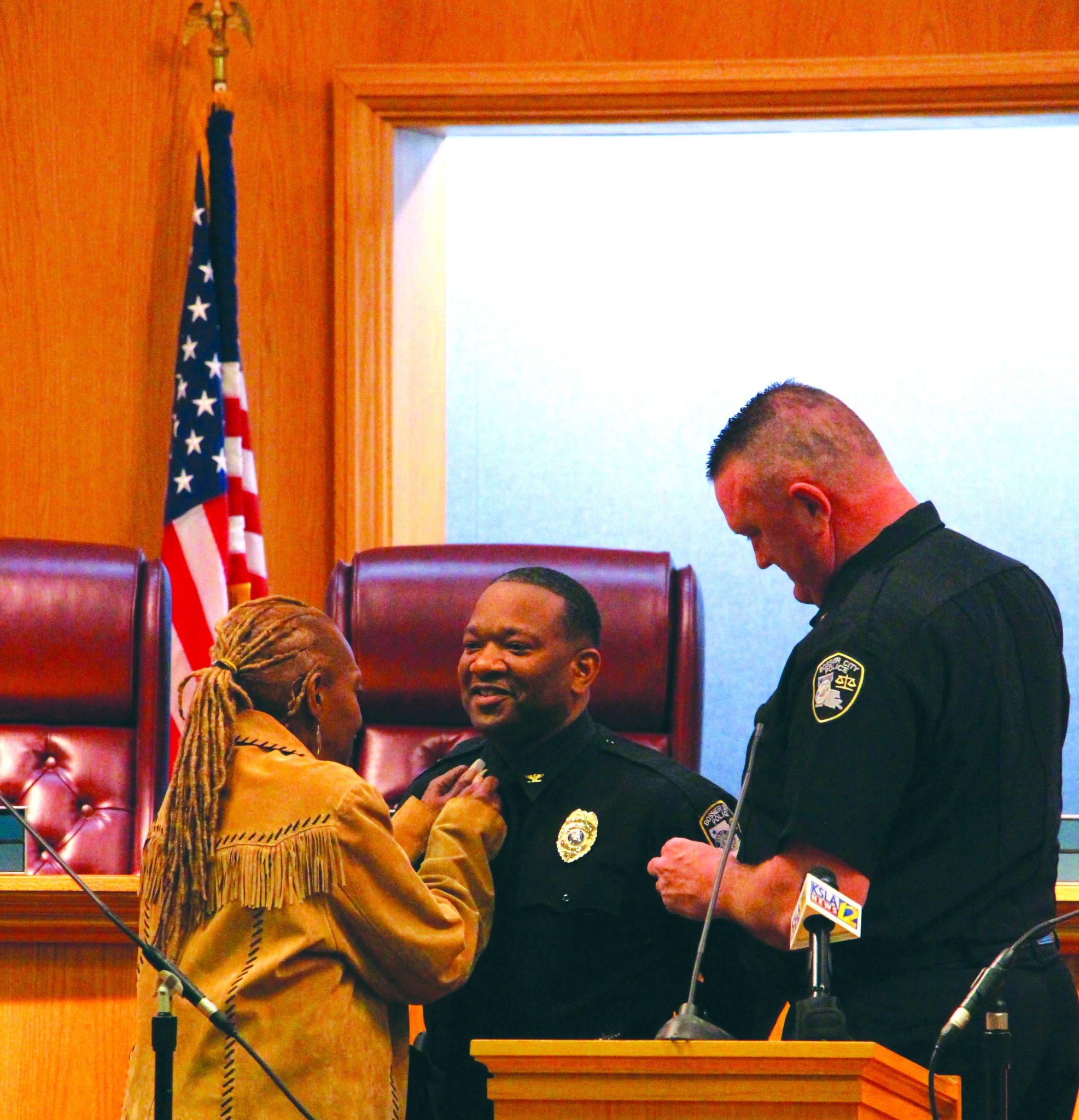 The Bossier City Police Department has made a historic promotion with its new deputy chief.

Richard Broom-McGee was honored at a pinning ceremony March 4, symbolically promoting his rank from Captain to Deputy Chief. Broom-McGee, a 24 year department veteran, is the first African-American to hold this rank with the Bossier City Police. 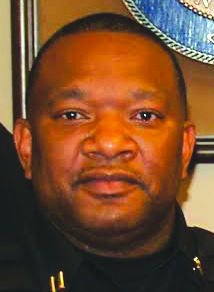 Deputy Chief Broom-McGee has been a member of the Bossier City Police Department since 1990 and most recently held the rank of captain. During his career with BCPD, he served in several capacities including patrol, SWAT and the Street Crimes Interdiction Unit.  Over the past several months he served as commander of the patrol division and Special Operations Services (formerly known as SWAT).

Bossier Police Chief Shane McWilliams said Deputy Chief Broom-McGee is a well-rounded, hardworking individual and someone who deserves the job.

“He’s a proven leader and well respected in the department,” McWilliams said. “He brings a lot of knowledge and experience to the table and he’s just a stand up guy.”

No one in the audience, though, was more proud of him than his mother.

Deputy Chief Broom-McGee becomes one of three deputy chiefs under Chief McWilliams that are tasked with supervising the day-to-day operations of BCPD.  His area of command encompasses the patrol, traffic, K-9 and training divisions.

“One of the taglines I use pretty often is ‘together we’re better.’ Certainly, you can see that this has come to fruition when people will get up to stand behind you that aren’t even blood related,” he said. “We are all connected to something that is bigger than ourselves.”

Deputy Chief Broom-McGee plans to continue serving the community as he has for more than two decades. However, he has a few ideas that he would like to implement, which he says will only serve the community even better.