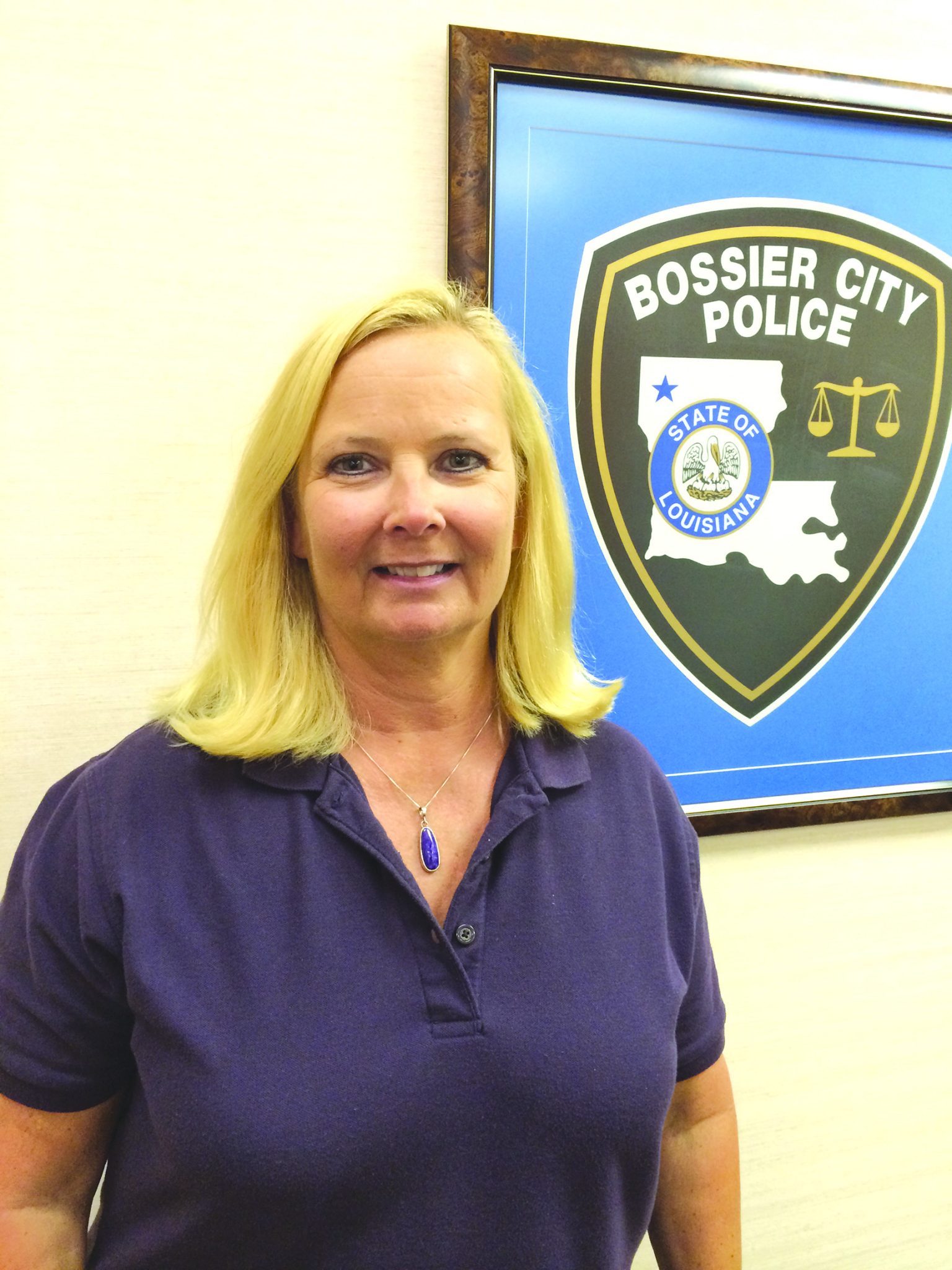 Not many people can say they’ve had the same employer since they were a senior in high school.

Pam Simek, however, is an exception. She began working for the Bossier City Police Department at the age of 17 and was recently recognized by the city for 40 years of service with the department.

Simek was first hired by the Bossier City Police Department on September 1, 1974 as a part-time file clerk at the start of her senior year at Parkway High School. Though she always had an interest in law, it wasn’t until her COE (Cooperative Office Education) teacher, Jane Haire, told her about the position and encouraged her to apply.

“The police department called the school and said they needed someone. I was the only one without a job and school was starting so I thought I could do it,” she said. “Forty years later, I’m still here.”

That was just the beginning of her career. Upon graduating, she became a full time employee and worked in a variety of capacities in the Records Division before becoming a secretary with the Criminal Investigations Division, where she spent 21 years.

In 1996, Simek was appointed to the position of Secretary to the Chief by then Chief of Police Danny Dison and continues to serve in that capacity today.

“I enjoy the work because ever day is different. You never know what is going to happen,” she said.

Simek has come a long way from working in the tiny school desk at the police station. Today, the walls of her office speak volumes to the work she’s done and the memories made in her 40 years with BCPD.

Included in her collection is an assortment of police memorabilia, including the hat she wore in the police academy, and many plaques for various awards

“People say I’ve got a lot of stuff in here, but I’ve been here a long time,” Simek said while standing in her office. “I like to think I’m keeping part of the history of this department alive.”

Thinking back, Simek said the time really has gone by fast. Gone are the days when she typed hand-written reports and filed them into large cabinets.

“[Time] has almost flown by. It’s a great honor to be recognized for the work you do.”

Simek said she’s grateful for the friendships she has developed over the years. She’s also thankful for the teacher who told her to apply for the job all those years ago.