BCPD numbers show each of the major crimes categories of armed robbery, aggravated assault, theft and auto theft rose in 2016 while the number of reported rapes and burglaries decreased. The number of homicides in 2016 was unchanged compared to 2015.

These crime stats are based on the FBI’s Uniform Crime Reporting Program’s Part One Crimes categories which represent major crimes.

See the full stats below: 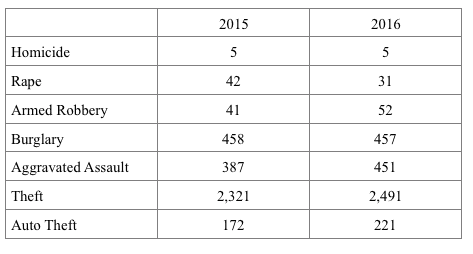