SUSPECT ARRESTED ON HOMICIDE IN THE 400 BLOCK OF MONTGOMERY STREET

On September 04, 2017, the Bossier City Police Department Violent Crime Unit obtained information on the suspect in the homicide of Juan Antonio Reyes. Reyes was murdered on September 03, 2017 in the 400 block of Montgomery Street. The information obtained led investigators to the suspect, 26 year old black male, Zachary Decker of Bossier City. Investigators believe the shooting may have involved narcotics.

Detectives obtained an arrest warrant on Decker for Second Degree Homicide; the warrant was signed by a 26th Judicial Court Judge with no bond. Decker was located in the 2700 block of Foster Street, in Bossier City, LA with the assistance of the US Marshal Task Force. Decker was arrested and booked into the Bossier City Jail on the arrest warrant. 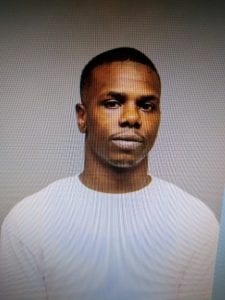 The victim in the homicide on Montgomery Street has been identified as 45 year old, Juan Antonio Reyes. Investigators are still working this case and looking into all leads.

Anyone with any information is encouraged to contact, Bossier Crime Stoppers.

On September 03, 2017, at approximately 12:50 AM the Bossier City Police responded to a report of a deceased person at 424 Montgomery Street. Officers located a middle aged Hispanic male with a gunshot wound to the upper torso inside the residence. The victim was found by a roommate. The Bossier City Fire Department responded but the victim was pronounced deceased at the scene.

At this time the Bossier City Police Department Detectives are working the case as a homicide. Detectives are currently gathering all the information they can.

If anyone has any information in regards to this incident please call Bossier Crime Stoppers, 318-424-4100 or go to WWW.BOSSIERCRIMESTOPPERS.ORG.

BPT will update this developing story as more information is made available.