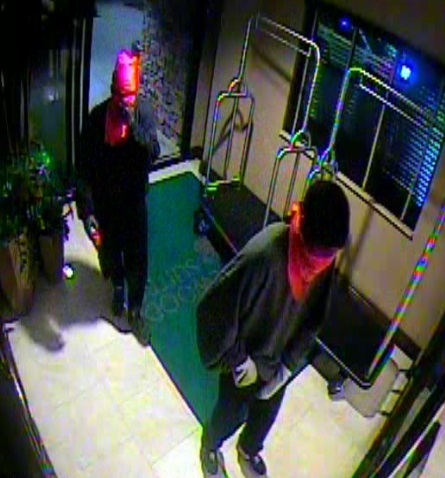 The Bossier City Police Department is investigating the armed robbery of a local hotel that occurred early Friday morning.

Officers were called to the Hilton Garden Inn in the 2000 block of Old Minden Road just before 2 a.m. after two subjects entered the lobby and robbed the desk clerk at gunpoint. The two got away with an undisclosed of money. The clerk was not injured.

The suspects were caught on security cameras. Both had their faces covered however portions were exposed to indicate that they were black males. They were also dressed in dark clothing.  Investigators suspect the two robbers may be connected to the armed robberies of two other hotels and a convenient store in Bossier City last Friday.