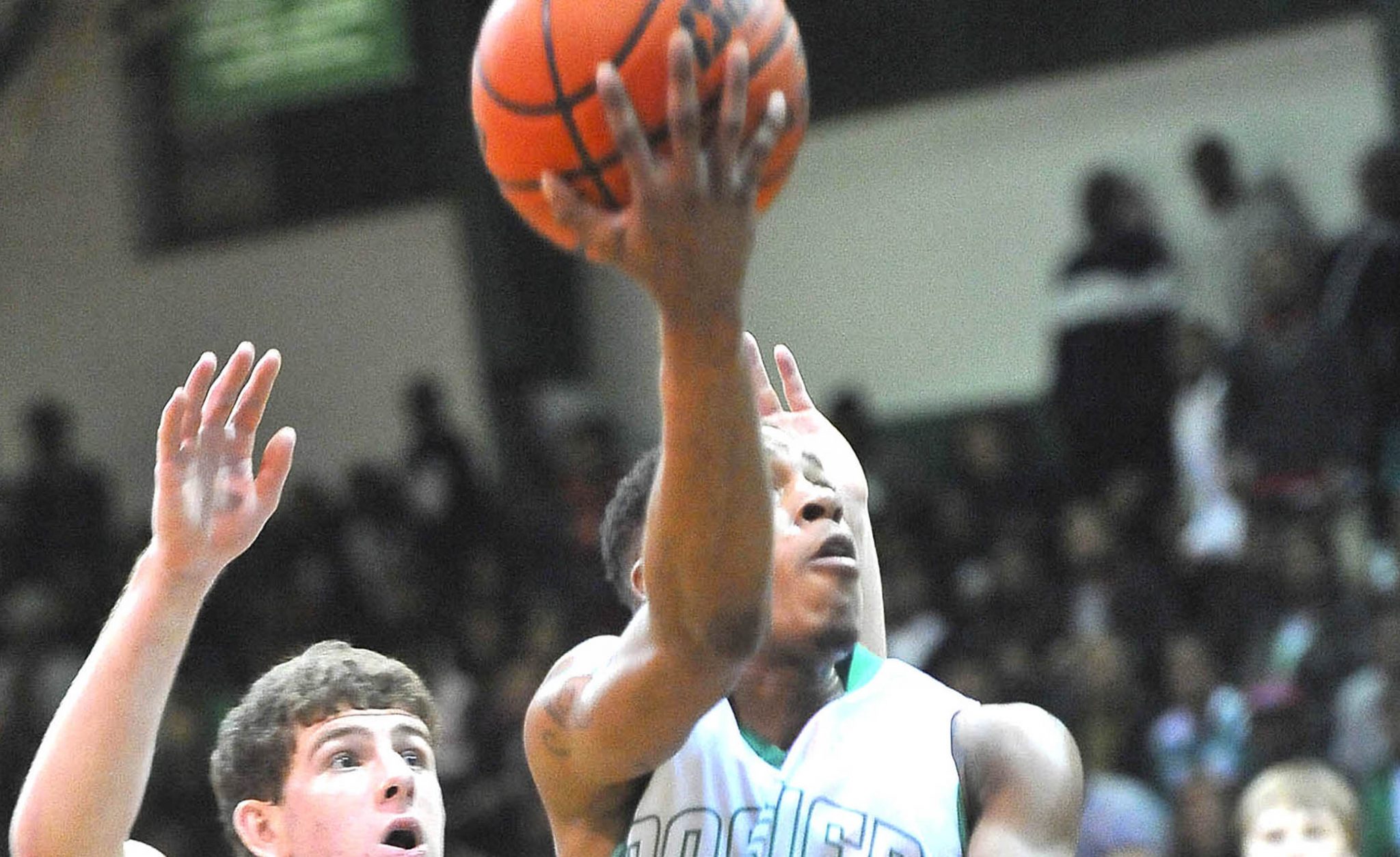 Bossier coach Jeremiah Williams has been around basketball a long time as a player and a coach.

He says he’s never seen anything like what the Bossier Bearkats been through over the last week.

Friday night, Bossier advanced to the Class 3A semifinals with a 49-48 victory over the St. Louis Saints in Lake Charles.

Fontenot made the first free throw and missed the second. Amazingly, he also missed the third.

And it still wasn’t over.

St. Louis’ Kelvin Henry got his hand on the ball and tried what Williams described as a “wild, over-the-head tip” that almost went in.

The St. Louis game came 48 hours after Bossier defeated Parkview Baptist 48-47 in overtime. In that one, the Bearkats survived a 3-pointer by Parkview that sent the game into overtime and a shot inside in the final seconds of OT.

Bossier’s 57-53 first-round game against De La Salle also went down to the wire.

Williams said there was a lot of emotion on both sides after Friday’s game.

“You go from the sickness of possibly losing the game to the exhilaration of winning,” he said. “It took me awhile for it to set in. We got halfway home before it set in.”

He scored 23 points, including five 3-pointers. Hardy made one of two free throws with 13 seconds left to give Bossier the 49-47 lead.

“He just tried to gut it out,” Williams said.

Thanks mainly to Hall’s 14 first-half points, Bossier led 29-20 at the break.

Bossier still led by nine, 39-30, with five minutes left in the game before the Saints rallied.

“We didn’t do as well as we should have down the stretch,” Williams said. “But we made enough plays to be in position to win the game. They did a great job of initiating the run. We held on and scored just enough points to withstand it.”

Bossier (26-7) faces University Lab (24-7) of Baton Rouge in the semifinals Thursday at the Top 28 in Lake Charles.