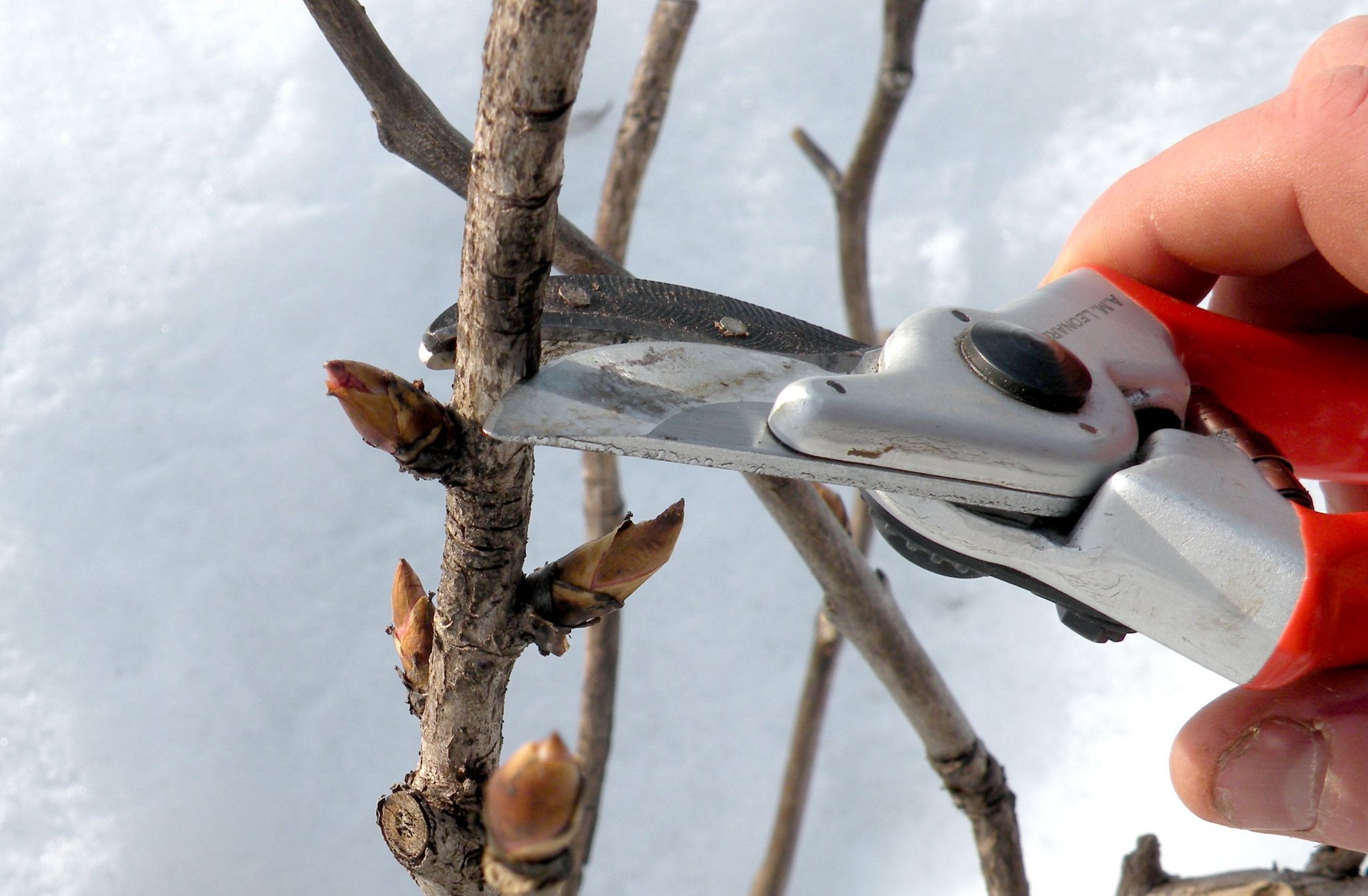 Virtually all trees in our landscapes will need to be pruned during their lives – particularly in the first two decades after planting. Sometimes a tree may need to be pruned in some way to help it, such as dealing with storm damage, reducing limb weight, removing dead limbs and stopping the spread of disease.

Trees are also pruned to adapt them to our urban environment, including keeping limbs from coming in contact with power lines, rubbing against the home, hanging too low or obstructing views. Pruning may also be done to make trees more attractive and useful in the home landscape.

When pruning, you must have a clear idea of what you are trying to accomplish. Ask yourself why you feel the tree needs to be pruned, and then carefully consider which branches need to be cut to achieve your goal.

When evaluating your trees for pruning, try to anticipate potential problems. Look at where branches are and how they are growing. Then, imagine the years going by and how that branch will grow. Will it cause problems eventually?

It’s best to remove branches when they are relatively small. When possible, avoid removing branches larger than 4 inches. Branches that size or larger create big wounds that will take a long time to heal. Anticipating issues and pruning early to correct them minimizes the need to remove large branches.

When pruning a tree, try to work with the tree’s natural growth pattern. If a branch is too long or growing in the wrong direction, prune it back to a side branch growing in a more appropriate direction or remove it entirely. Don’t cut it back to some arbitrary point just to get it out-of-the-way. This will leave an unattractive stub difficult for the tree to heal. And a shortened branch will likely just resprout with even more undesirable growth.

If limbs are less than three-quarters of an inch in diameter, they can be removed easily with hand pruners. By-pass pruners (the blades cross like scissors) generally give a better cut than the anvil type (one blade forced against a flat surface). Larger branches should be cut with loppers, a pruning saw or even a chain saw.

When using a saw for pruning, you need the right kind of saw. Use a pruning saw designed for the job. Some have a slight curve in the blade, which aids the sawing action in tight spaces.

You must be especially careful to prune properly when removing larger branches that grow out of the trunk. Some gardeners may still remember when it was recommended that branches should be cut flush with the tree’s trunk. However, back in the 1980s this was discontinued. Research indicates that the wound will heal much faster with less disease if the cut is made just to the outside of the branch collar.

The branch collar is a slightly swollen area at the base of the limb next to the trunk or at a limb junction. A naturally occurring protective chemical layer located there prevents rot.

Steps to pruning a larger branch

– Locate the bark ridge and branch collar as shown in the accompanying diagram. Your final cut will be made according to where these structures are.

– If the limb is large, remove the branch with three cuts. First, cut about one-third of the way through the limb on the underside, approximately 8 inches from the trunk. Then, place the saw a little farther out from the trunk on the topside and saw off the entire limb. The limb will break off at the first cut preventing, the limb from pulling away bark when it breaks away.

– The final cut to remove the remaining stub is made starting just outside of the bark ridge and sawing down at about a 45-degree angle from the bark ridge. This will leave a slight lip and preserve the branch collar. Never leave stubs on a tree when pruning branches. Chances of rot and decay are quite high in hardwood species if the branch stub is left.

– Using tree paints to seal the wound is not recommended. Research shows that such materials do not promote rapid healing or deter bacteria or fungi and may actually impede healing.

Trees can generally be pruned anytime of the year. Winter is a good time to prune deciduous trees while they are leafless and you can see the structure more clearly.

Pruning trees can be very dangerous to the person pruning. Always watch for power lines. And be careful when using power tools. If you have to climb in the tree to do the pruning, you should definitely consider hiring a professional. Think of safety first. If the job seems more than you can handle safely, call in a professional, state-licensed arborist. Local companies are listed in the yellow pages under “Trees.”