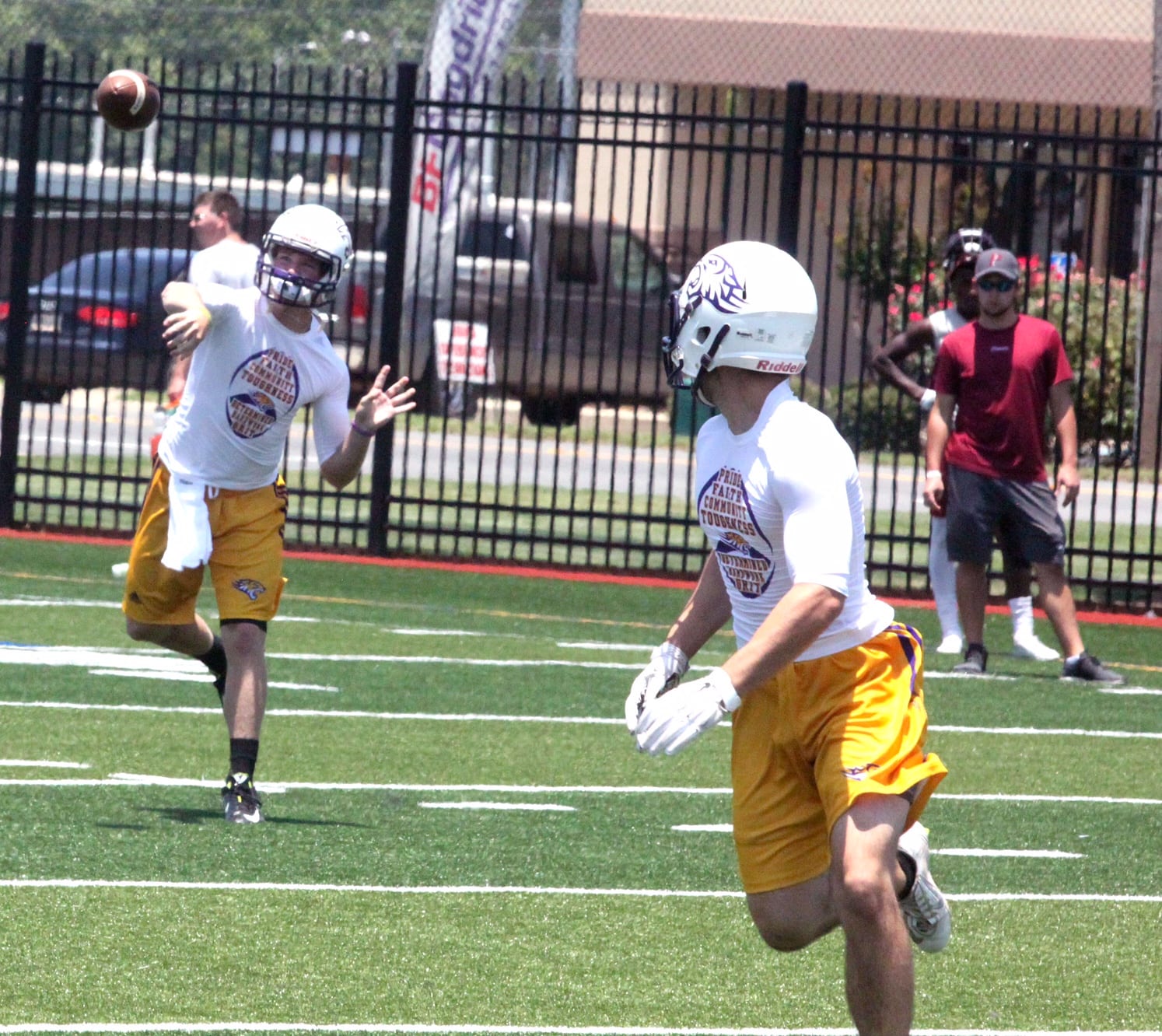 As of press time, 16 teams were scheduled to compete in pool play Friday. That will be followed by a double-elimination tournament Saturday.

Louisiana Tech’s Boston Scott, a 5-foot-6, 199-pound junior running back, will speak to the players during a break in the action at some point Friday afternoon.

If there is one thing that Moore could change about last year’s tournament, it would be the weather on the final day.

Benton and Captain Shreve were playing in the afternoon championship round. The Gators were leading 24-17 with 5:56 left to play when the teams were called off the field because of lightning.

Not long after that, as a severe thunderstorm approached, Captain Shreve was declared the winner. The Tigers would have had to defeat the Gators twice to take the title because Shreve had beaten them 16-15 earlier in the winners’ bracket semifinals.

The Gators had also defeated the Tigers in pool play.

“We knew the rain was coming,” Moore said at the time. “We saw the radar. It was the right thing to do. They deserved it. They were 7-1 on the tournament.”

With players like All-Parish quarterback Garrett Hable and All-State receiver Doyle Adams Jr. returning, Benton can be considered one of the favorites to win this year’s title.