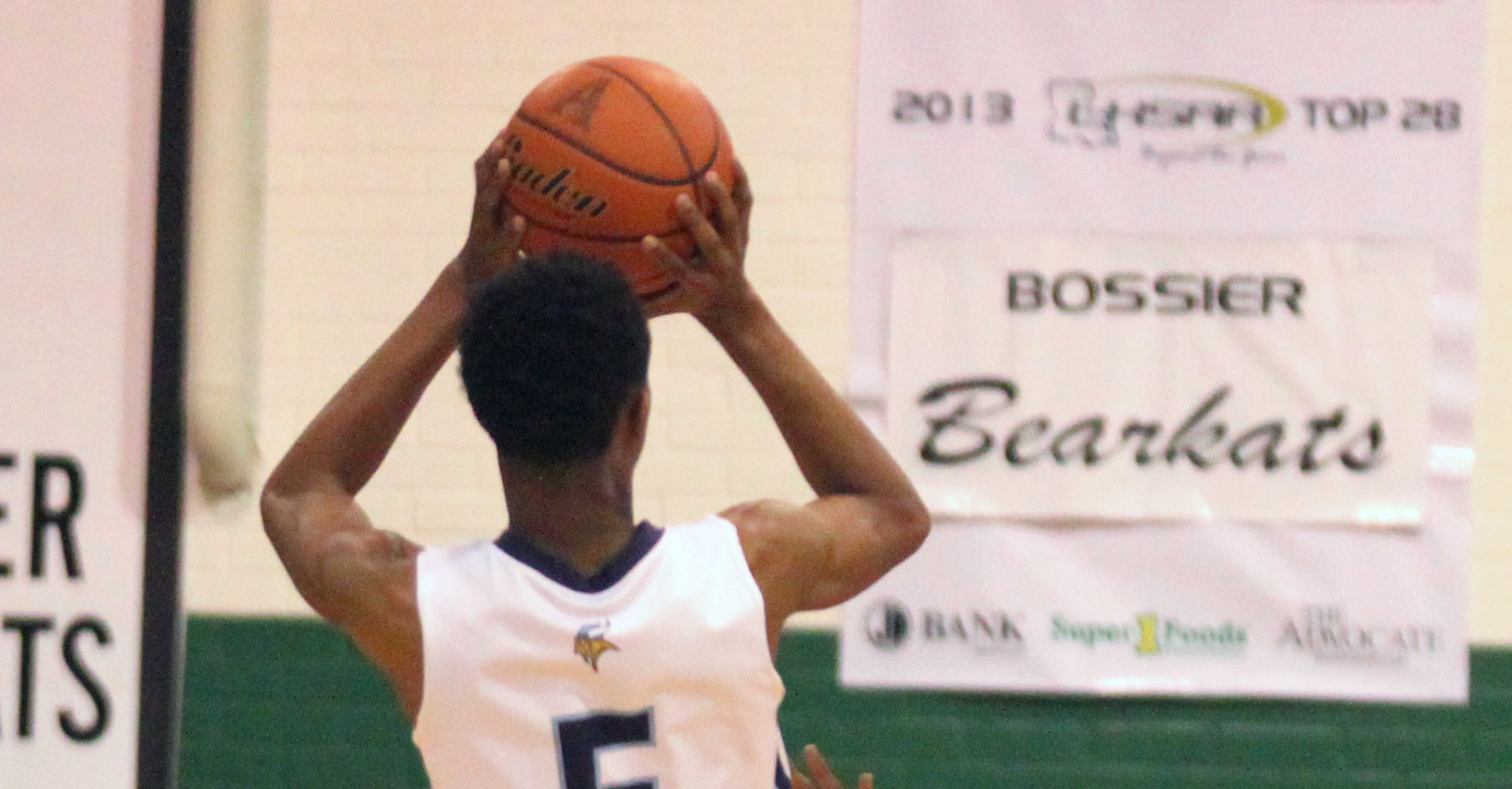 The Benton Tigers and Airline Vikings both rallied from big deficits before losing heartbreakers in the first round of the Bossier Invitational boys basketball tournament Thursday night at Bossier High.

Benton came from nine points down in the third quarter against Booker T. Washington. Jessie Little hit a free throw with 4.5 seconds left to send the game into overtime tied at 62, but the Lions came out on top 73-72.

Airline came back from an even bigger deficit. The Vikings trailed Fair Park 46-28 late in the third quarter.

Robby Dooley and Tybren Wimberly led a fourth-quarter rally. Dooley’s driving layup gave the Vikings a 59-58 lead with 19 seconds left. But Fair Park’s Donnie Perkins hit a jumper in the lane with 5 seconds left to give the Indians the lead.

Airline got one more chance but couldn’t get a shot to fall at the buzzer on a drive to the basket.

Friday’s quarterfinal games will be split between Bossier High and BTW. At Bossier, the host Bearkats play Captain Shreve at 6:30 followed by BTW vs. Doc Edwards champ Southwood at 8. At BPCC, Orr takes on Fair Park at 6:30 and Parkway plays Huntington at 8.

Parkway and Southwood received first-round byes. The Parkway-Huntington game is a rematch of a quarterfinal game in the Doc Edwards Invitational won by the Panthers 61-44. That game was also played at BPCC.

Airline’s full-court pressure defense played a big role in the rally as the Vikings forced several turnovers that led to points.

Jacob Guest scored all nine of his points in the first half on 3-pointers. Noah Hildebrand also scored eight first-half points, including two 3-pointers.

Josh Scherer hit a big 3-pointer to give Benton a one-point lead with just over a minute left in regulation. He finished with nine points. Little added seven points.

Givens, the Tigers’ leading scorer on the season, missed most of the second half after suffering a sprained ankle.