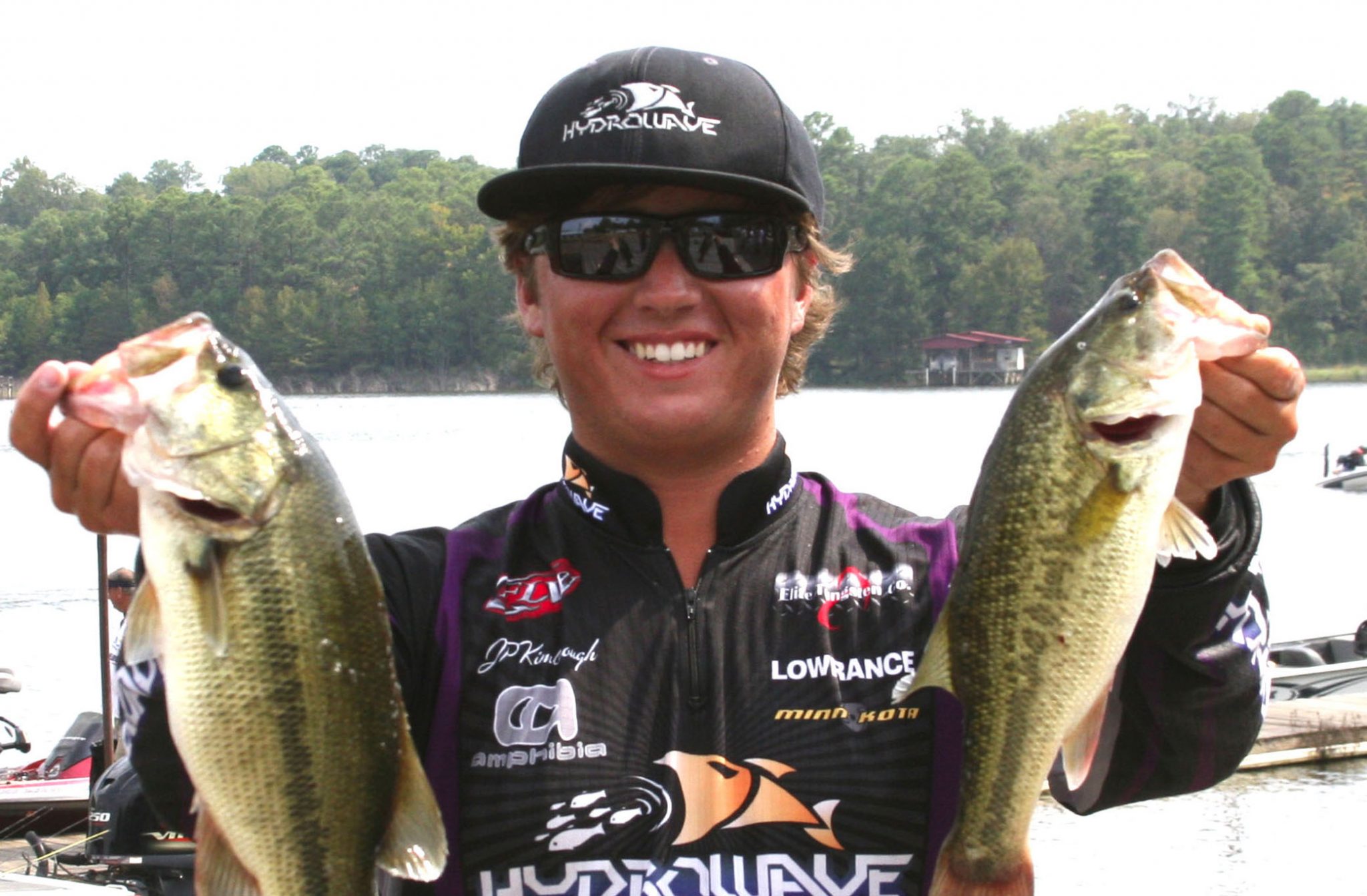 He’s hoping to use that to his advantage in the TBF Junior World Championship bass fishing tournament.

The tournament began this morning on Caddo Lake and concludes Saturday. It is held in association with the Forrest Wood Cup, currently underway on the Red River.

Kimbrough qualified by winning the 15-18 division in the Louisiana TBF Junior Championship on Toledo Bend in July.

He edged Airline’s Chad Poulsen by a little more than an ounce.

This is Kimbrough’s third appearance in the Junior World Championship.

“It’s pretty exciting,” Kimbrough said Thursday. “The 42 best anglers from all over the country are going to be here so. Being in Shreveport I have the best advantage to win this thing. And being able to win it fishing in front of all my family and friends, I’m pretty excited for it.”

Kimbrough’s been fishing Caddo Lake for about six years. He said the fishing there recently has been pretty good but also tough at times.

“Two or three weeks ago the bite as really good, but it got real hot and the bite kind of slowed down,” he said. “With this cold front coming through, I think temperatures are dropping down into the 60s and I think it will cool that water off and the big fish will start biting more.”

Kimbrough said he’s recently had success fishing around three clusters of trees in the Jeems Bayou area of the lake.

“I found some trees that they are holding on pretty good,” he said. “I caught some big ones real quickly in practice so I know they’re in there.”

In the tournament’s format, anglers fish only against other anglers from their geographical division the first day.

Kimbrough will have to finish first in his division to advance to Saturday’s finals, where he would face the winners of the other six divisions. The weigh-in Saturday is at 1:30 p.m. at Earl Williamson Park.

Kimbrough’s ultimate goal is to one day fish against the top anglers in the world in an event like the Forrest Wood Cup. He is in the academically gifted and talented program at Benton and is graduating in December.

He plans to enroll at LSUS so he can start fishing college bass tournaments with his partner, Haughton graduate Jared Rascoe.