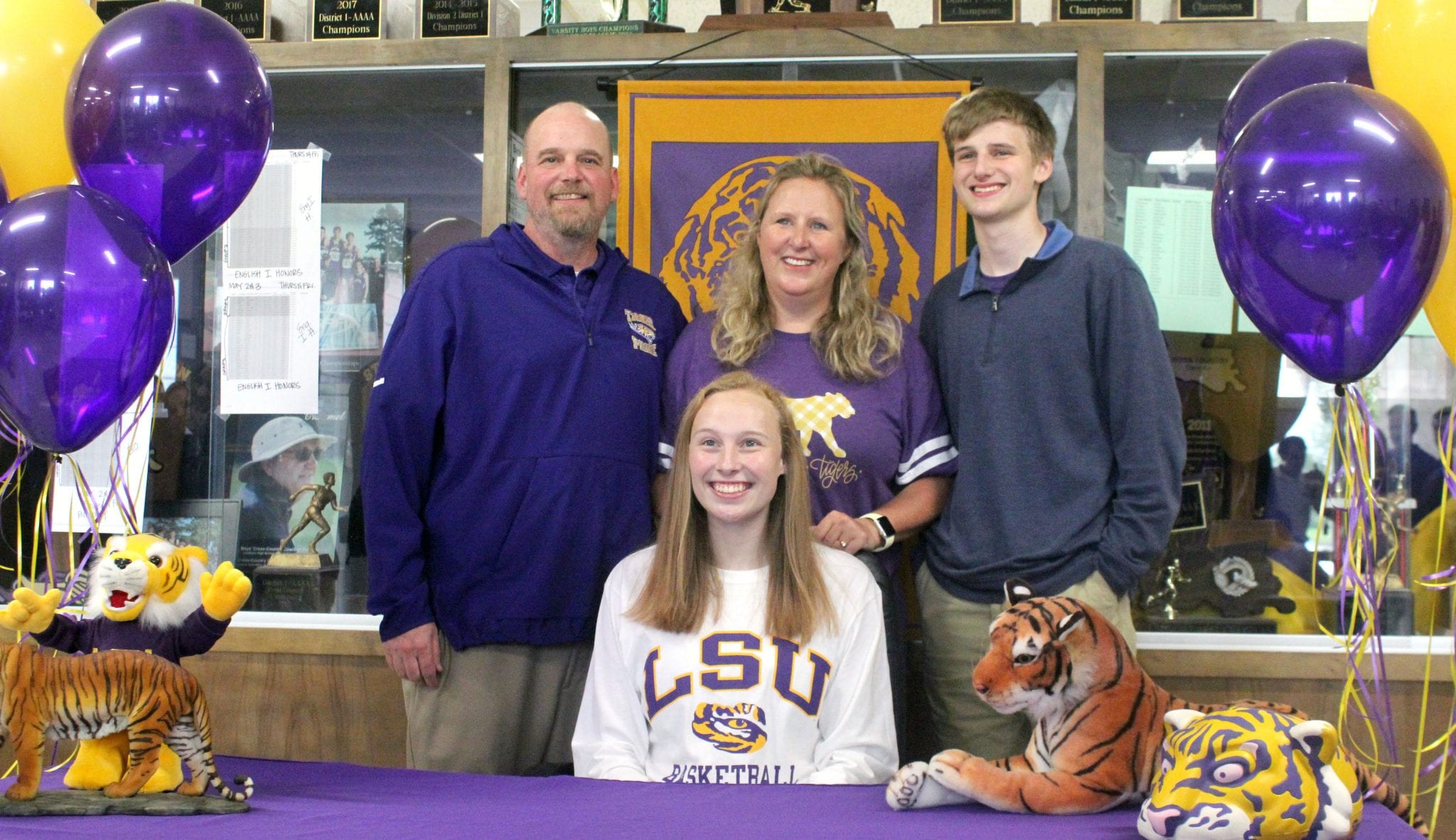 Ward, a three-time All-Parish MVP and two-time Class 4A All-State selection, is joining the LSU women’s basketball team as a preferred walk-on.

According to athletic recruiting network Next College Student Athlete, a preferred walk-on is a player the coach wants on the team but doesn’t have a scholarship for. The player is guaranteed a spot on the team and receives all the support that scholarship athletes receive.

Preferred walk-ons are much more common in football than in women’s basketball, especially in the SEC.

According to NCSA, NFL stars JJ Watt and Clay Matthews were both preferred walk-ons.

Ward did have several scholarship offers, but she said LSU has always been her “dream school.” It’s not unusual for players to turn down offers at smaller schools for a chance to play at a bigger state school like LSU.

At a celebration Thursday at Benton, Ward’s mother, Benton head girls basketball coach Mary Ward, pointed out that Emily has been a Tiger through elementary, middle school, high school and now college.

Emily will be the fifth generation of her family to attend LSU.

“I’ve grown up off of LSU football and most of my family lives down in Baton Rouge and New Orleans so we take that trip a lot,”  Emily Ward said.

“I just always loved going there and visiting Mike (the Tiger) and stuff like that and going to football games and basketball games. That’s always been my dream school so I just really wanted to go there.”

A four-year starter, the 6-foot Ward was an all-court player at Benton. She could bring the ball down the court, post up underneath the basket and shoot the 3. Her tenacious defense is also something that attracted college recruiters.

She played 136 games in her high career. The only games she missed were the first two playoff games last season after suffering a sprained left ankle in practice.

This season, Ward was also an LHSAA Horizon Award winner which goes to student-athletes who display outstanding citizenship, leadership, academic excellence and involvement at school and in the community.

She excelled as much in the classroom as she did on the basketball court. She earned a spot on the LHSAA 2018-19 composite All-Academic Girls’ Basketball Team. Athletes on the composite team maintain a 4.0 grade-point average throughout high school.

Ward’s mother is a former Airline star who played college ball at Baylor and Tulane. She was her daughter’s high school coach all four seasons.

Emily’s father, Randy, is an assistant boys basketball coach at Benton. The Wards’ son, Ryan, is a member of the team.

Emily is also known for her work ethic. She is already preparing for her college career with a training routine provided by LSU coaches.

“We didn’t really do a lot of weight lifting in high school so I have to learn all the techniques to get all that right,” she said. “It’s definitely a hard system but it will get easier and better.”