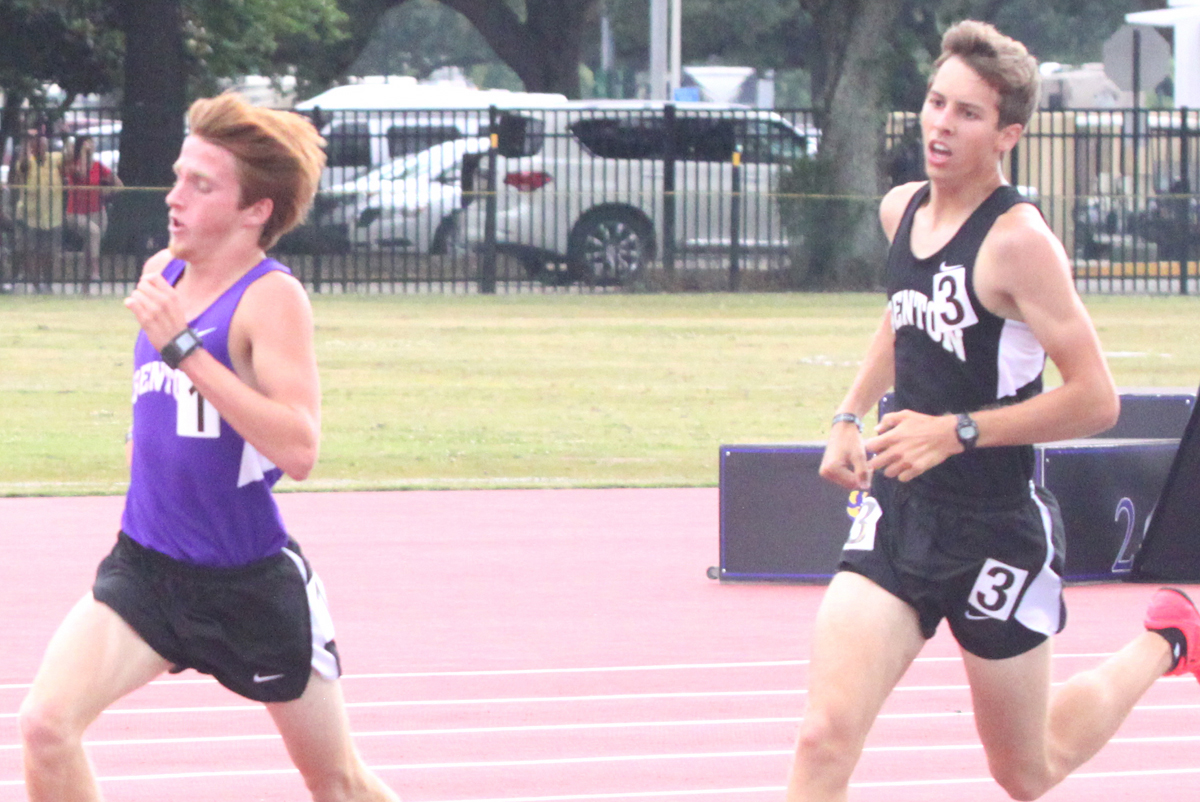 With only the 4X400-meter relay remaining, the Benton Tigers led Opelousas by four points in the Class 4A boys state track and field meet.
Benton did not have a team in the 4X400 field. Opelousas did and needed a third-place or better finish to ease past Benton for the state title.
Opelousas finished third  and finished with 46 points to Benton’s 44. Had Opelouas finished fourth, the teams would have shared the title.
Benton’s state runner-up finish highlighted an outstanding Saturday for Bossier Parish athletes in the LHSAA State Outdoor Track and Field Championships at LSU’s Bernie Moore Stadium.
The Haughton boys finished third in Class 5A with 38 points. Catholic of Baton Rouge dominated as usual with 103 points. Dutchtown finished second with 48.
Seven parish athletes and two relay teams won state titles.
Haughton’s Micah Larkins repeated as 5A boys 100-meter champion. His time of 10.56 was .08 seconds better than runner-up Kirk Merritt of Destrehan.
Haughton freshman Josh Lister was third in 10.71.
Larkins and Lister also ran on the Bucs’ winning 4X100 relay team along with D’Kovin Ware and Javonte Woodard. They ran a sizzling 41.25 to win going away.
Parkway’s Cory Hamilton won the 5A boys 400 in 47.45 after finishing runner-up last year.
Airline’s Jack Wilkes took the 5A boys 800 in 1:55.01. Wilkes more than made up for a disappointing fifth-place finish last year.
Parkway’s Alison Ringle dominated the 5A girls 3,200 in 11:10.84, almost 14 seconds faster than the runner-up.
Ringle led most of the 1,600, but it was repeat of 2013 as she was caught in the final 50 meters and finished fourth. The race was tight though. Ringle’s 5:07.02 was about three seconds behind repeat winner Mia Heydrich of Dominican.
Benton’s Drake Heinz repeated as 4A boys 3,200 champ in 10:09.17. He also finished runner-up in the 1,600 for the second year in a row.
Airline’s Jasmyn Carswell won the 5A girls triple jump with a leap of 38 feet, 1.5 inches. Carswell, who won by one inch, finished runner-up by half an inch last year.
Haughton’s Jacorius Jeter captured the 5A boys triple jump with a leap of 46-11.5, five inches longer than runner-up Cameron Rice of Airline.
He didn’t win any events, but Rice was the outstanding performer from Bossier Parish.
Fighting through an injury to his right foot, Rice also finished second in the long jump and third in the high jump.
In his three-year prep career, Rice made it to the awards stand six times.
The most stunning performance by parish athletes came in the 3A boys 4X400 relay.
Bossier came in with the seventh-best qualifying time of 3:30.23. But the Bearkat foursome of Kelvin Brooks, Juwan Wells, John Langston and Cartavia Cook sliced 7.01 seconds off that time, winning in 3:23.22.
In the 4A boys team competition, Benton distance runners Heinz, Garrett Gipson (third, 1,600) and Stephen Singleton (third, 3200) accounted for 30 points.
Those three helped the Tigers win the 4A cross country title last fall.
With third-place finishes in the 100 and 200, Benton  sophomore Dorsavion Williams accounted for 12 points.
Ryder Miller scored two with a fifth-place finish in the 800.
Benton’s Jill Anderson, Brittany Black, Shelby Plunkett and J’Erica Carr combined for a runner-up finish in the 4A girls 4X200.
Maikala Dillard substituted for Carr on the Lady Tigers’ third-place 4X100 team.
The Parkway foursome of William McKnight, Dylan Whaley, Demetrius McAtee and Hamilton finished third in the 4X200.
Parkway’s Hayden Kingfisher also got on the awards stand with a third-place finish in the 5A boys 3,200.
Friday, Louisiana New Tech at Plain Dealing eighth-grader Teunna Perry finished second in the 1A girls long jump.