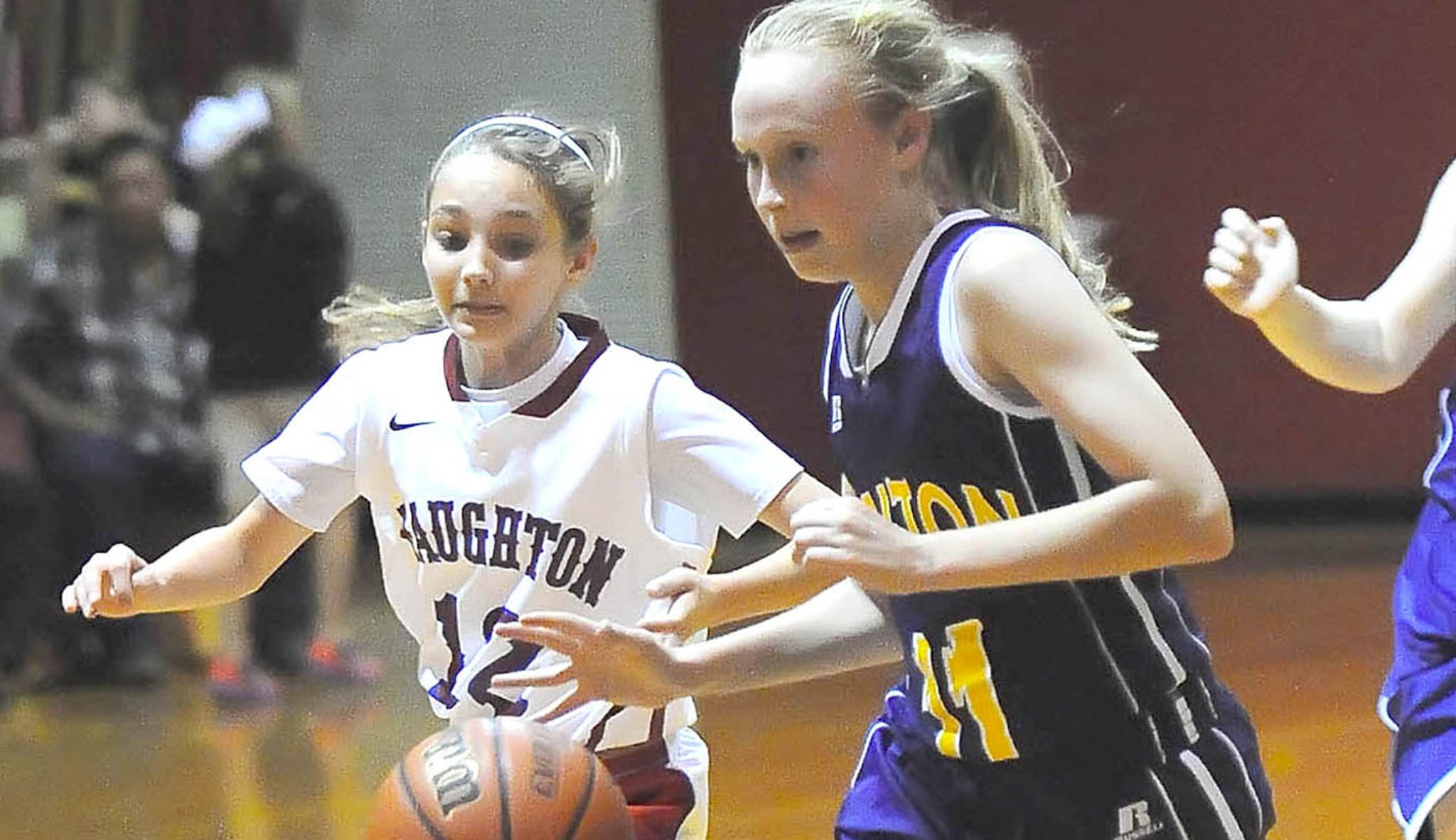 The Benton Lady Tigers closed in on the Bossier Parish seventh-grade middle school girls’ basketball title with a 32-17 victory over the Haughton Lady Bucs Monday at Haughton.

The Lady Tigers, who improved to 7-0, can clinch a share of the title with a victory over Rusheon at home Thursday.

Meanwhile, the eighth-grade district race tightened thanks to Elm Grove’s 31-15 victory over Rusheon.

Rusheon and Haughton, which defeated Benton 35-17, are tied for first at 5-2 with three games left.

Elm Grove and Greenacres, which got past Cope 24-18, are one game back.

At Haughton, Emily Ward continued her outstanding season with a double-double, scoring 21 points and grabbing 10 points to lead the Benton seventh-graders.

Maegan Staton and Keeana Barber led the Haughton eighth-grade team to the win with eight and seven points, respectively.

Mayghan Myers and Champagne Dennis helped the Lady Bucs’ cause with six each.