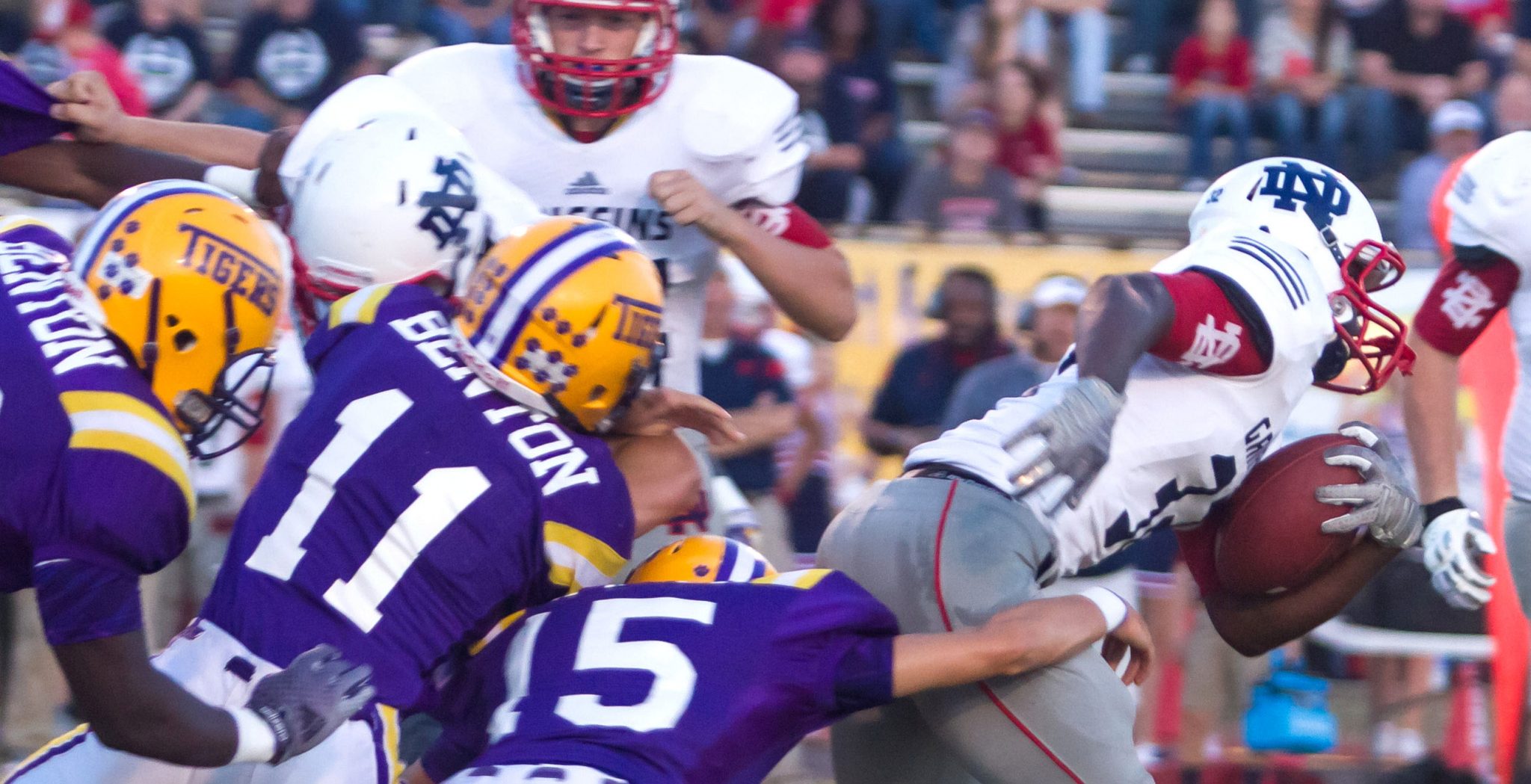 The Benton Tigers opened District 1-4A play with a big 7-0 victory over the North DeSoto Griffins Friday night in Benton.

The Tigers improved to 3-1 overall. The Griffins dropped to 2-2.

And while the offense didn’t score a lot of points, Moore was pleased with the overall effort on both sides of the ball.

“Obviously we’d like to score more points but we had a good overall team effort,” Moore said. “We didn’t have very many three and outs. Even if we had to punt we ate up some clock and we got some field position back.”

Benton’s offense came up big when the Tigers were trying to run out the clock at the end of the game, converting two third-down situations. TJ Anderson caught a swing pass for a first down and sealed the victory with a 12-yard run.

Benton scored its lone touchdown on a 31-yard pass from Jonathan Thompson to Dor’Savion Williams with eight seconds left in the first half. Jordan White added the extra point.

It was the second week in a row that Williams scored the Tigers’ only touchdown.

Thompson, who played in Benton’s JV game against Airline Tuesday, started in place of injured Christian Smith. Moore said he wasn’t 100 percent sure of Smith’s status until Friday afternoon.

Smith had been experiencing some back issues beginning Monday, Moore said, and had problems throwing the ball because of them.

Thompson found out he was starting at 2 p.m. Friday, Moore said.

He threw an incompletion and interception on Benton’s first possession, but Moore said he didn’t get rattled.

“He was unfazed,” Moore said. “He showed a lot of moxie and a lot of poise tonight. That kid has progressed more in the last month than maybe any kid I’ve every coached.”

Benton continues District 1-4A play against Woodlawn (1-3) Thursday night at Independence Stadium. Woodlawn lost its 1-4A opener 40-20 to Minden.