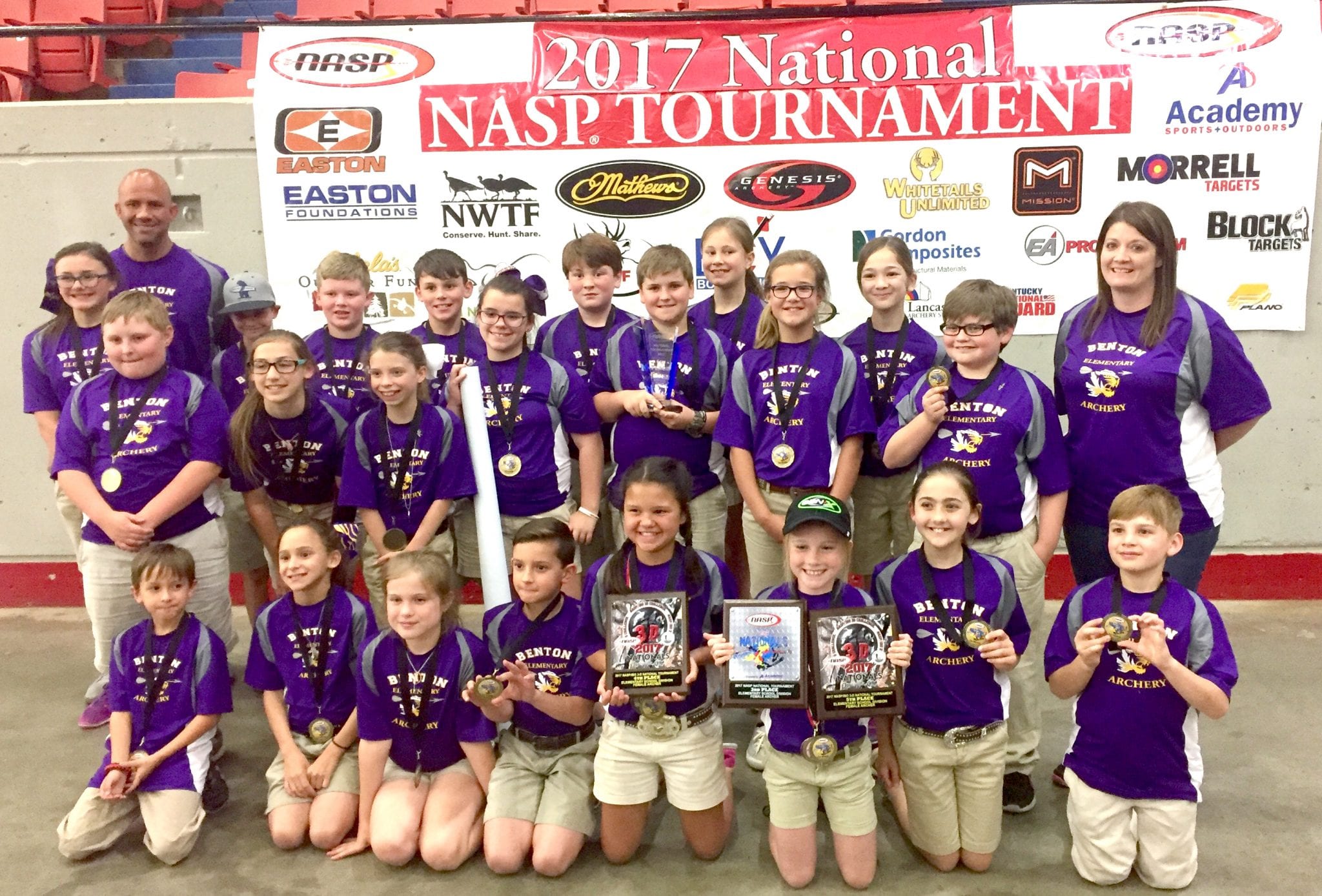 The school won the elementary division, after putting on an outstanding performance at the National Archery in Schools Program (NASP) tournament held earlier this month in Louisville, Ken.

Kingston Elementary followed right on the Tigers’ heels, placing second in the nation in both the bullseye and 3D divisions.

Nearly 14,500 archers participated in the Nationals, including many of our own. Teams from 12 Bossier Parish schools competed in the three-day event and they all shined, several of them ranking in the top 10 as well as being singled out for individual awards.

Kingston Elementary also hit their target, winning the 2017 Centershot Ministries Tournament, which was held in conjunction with the Nationals.

Three were also selected for the All Academic All Star Archery Team; Thomas Allen, who attends Kingston; Aiden Jones, who attends Haughton Middle; and Hannah McKenzie, who goes to Benton Elementary.

Here is a look at our Bossier schools’ and students’ rankings:

Benton Elementary — 5th out of 56 teams

*Aiden Jones from Haughton Middle scored the state high of 297, earning him a $5,000 scholarship for 3rd overall male out of 7,730 archers. He placed 2nd overall in the Bullseye middle school boys competition out of 2,991 participants.

*Thomas Allen from Kingston placed 5th out of 2,321 in the bullseye elementary boys competition with a score of 288.

*Madeline “Maddy” Lowry, from Benton Elementary, is ranked 4th in the 3D girls division out of 506 participating elementary girl archers.

It doesn’t end here for Bossier Schools’ archery teams. Several will continue practicing in preparation for the 2017 World Tournament to be held July 20-22 in Orlando, Fla.