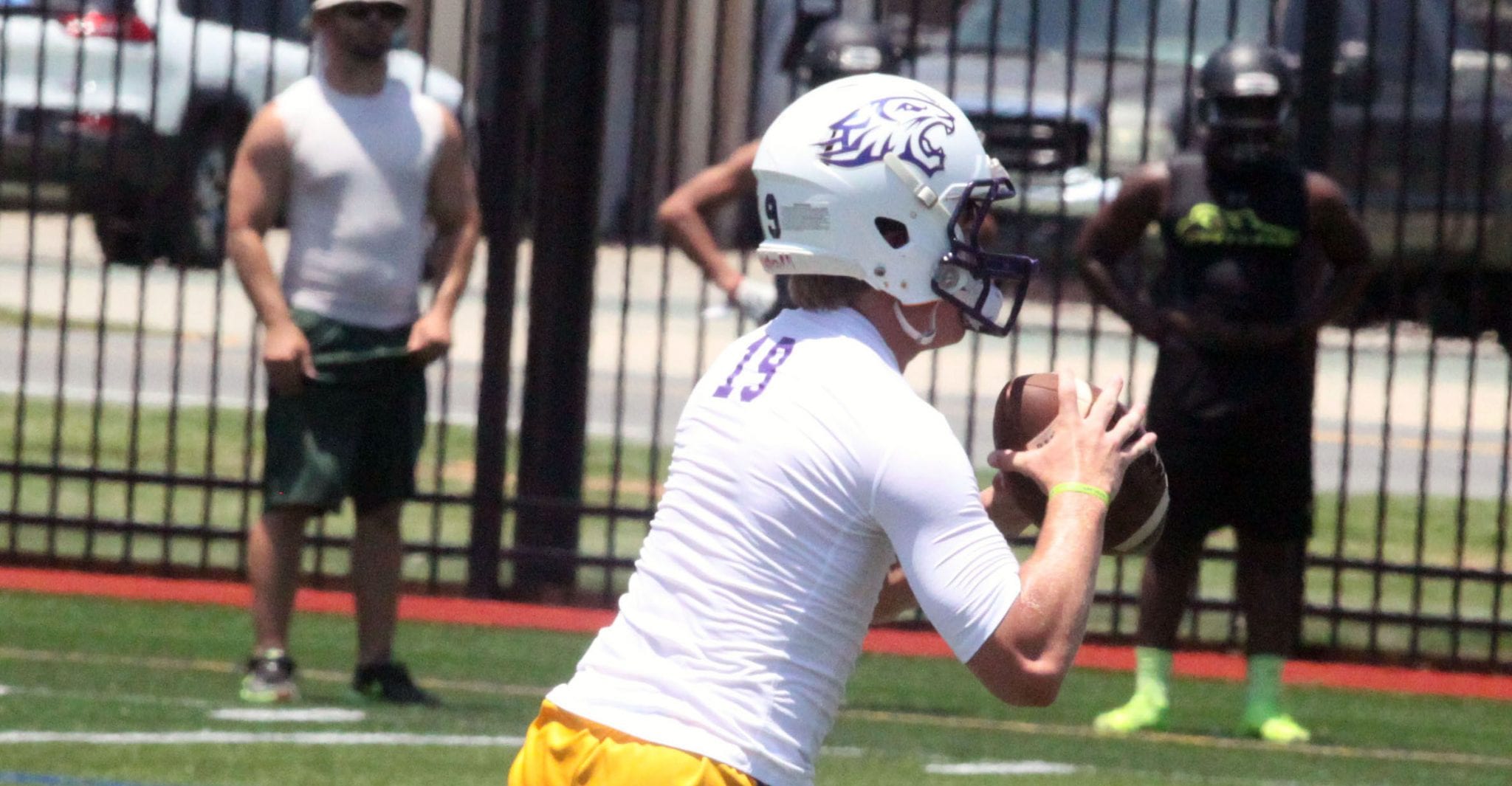 The Benton Tigers finished runner-up in the Benton 7-on-7 Football Tournament on Saturday at First Baptist Bossier’s Freedom Fields.

Benton fought back through the losers’ bracket in Saturday’s double-elimination tournament after losing to Captain Shreve 16-15 in the winners’ bracket semifinals.

After edging Airline 14-11 in the losers’ bracket finals, the Tigers faced Shreve again in the championship round. Shreve led 24-17 with 5:56 left when the teams were called off the field because of lightning.

Not long after that, as a severe thunderstorm approached, Captain Shreve was declared the winner. The Tigers would have had to defeat the Gators twice to take the title.

“They were ahead and they had beaten us twice,” Benton coach Reynolds Moore said. “They had beaten us once (Friday) in pool play and beat us (Saturday) morning. We knew the rain was coming. We saw the radar. It was the right thing to do. They deserved it. They were 7-1 on the tournament.”

Aside from the abrupt ending, Moore said the two-day, 15-team tournament went well.

“I think it was a good tournament,” he said. “We had a great turnout. A lot of teams got a lot of good work out there. I was really pleased with how everything went.”

Moore was also pleased with the way his team played.

“Our guys competed as well as we have all summer in anything we’ve done,” he said. “That was the thing I was most impressed with. Second place is great out of 15 teams and we’re proud of that. But the biggest thing is we played much better than we did (June 9-10) in Little Rock. We played better than we did in our tournament last year. Our guys just competed every snap, and that’s what we ask them to do.”

Moore praised receivers John Westmoreland, Doyle Adams Jr. and Ian McEntee for their play throughout the tournament. He also liked what he saw from quarterback Garrett Hable, who will begin his third season as a starter this fall.

“Garrett was as accurate as I’ve seen him,” Moore said. “I think he made — and this is something that really stands out — one really bad throw the whole tournament.”

In 7-on-7 competition, teams get two points for every stop made.

Haughton defeated Green Oaks 25-16 in the first round Saturday before falling to Shreve 25-16 in the quarterfinals. The Bucs lost to Northwood 18-17 in the losers’ bracket semifinals after winning two games.

Parkway lost to Captain Shreve 19-10 in the first round. The Panthers then won three straight games in the losers’ bracket before losing to Benton.