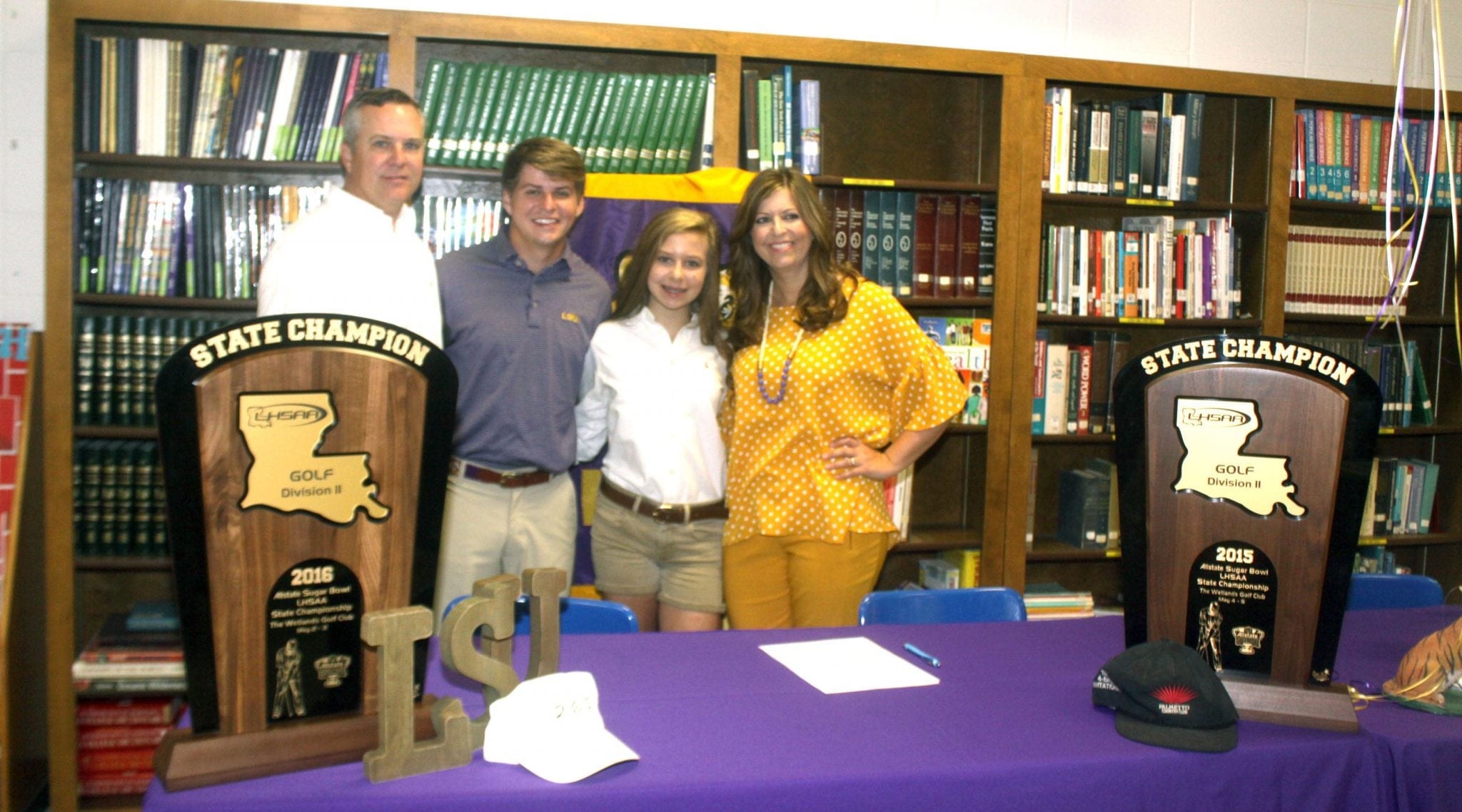 “I chose LSU because I’ve grown up being a Tiger and I’ve always wanted to be one,” White said. “I’ve always loved LSU and I never really thought about going anywhere else.

White said he’s known LSU head coach Chuck Winstead since the third grade and has played many times with Winstead’s son, Trey, a freshman member of the LSU team.

White helped the Tigers win the 2015 and 2016 Division II state championships. He was the co-medalist in 2016. He had to withdraw from the 2017 tournament because of an illness.

As a freshman, White finished tied for fourth in the state tournament.

He finished third in the Region I-II tournament last spring and was the runner-up in 2015.

White has won or shared the District 1-I title the last three years. He also won the Northwest Louisiana High School Championship tournament in April.

White joins an LSU golf program that won the national championship in 2015.