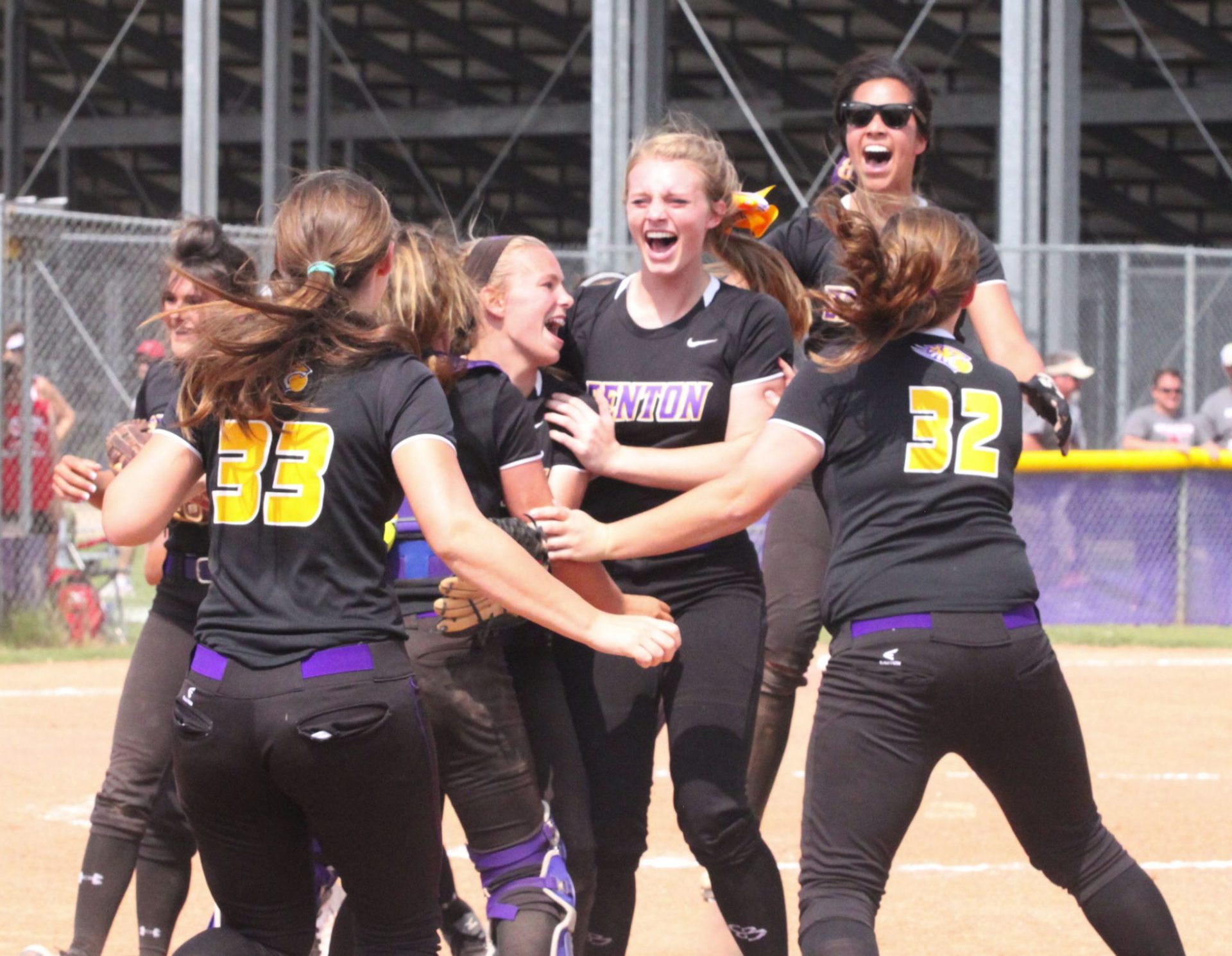 The Benton Lady Tigers are headed to the FastPitch 56 State Softball Tournament.
The Lady Tigers defeated the Assumption Lady Mustangs 3-2 in a Class 4A second-round game Saturday at Benton.
Benton (19-10), the No. 7 seed, will face District 1-4A rival North DeSoto in the quarterfinals this week in Sulphur. North DeSoto (18-9), the No. 15 seed, upset No. 2 Teurlings Catholic 1-0 Friday.
Benton and North DeSoto shared the 1-4A championship. The Lady Griffins defeated the Lady Tigers 10-2 in their only head-to-head meeting.
But the next game wasn’t on the minds of the Lady Tigers as they celebrated the hard-fought victory Saturday.
“It’s just amazing,” Benton coach Michelle Owens said. “These girls, this was our goal to make it to the state tournament. Now we’ve got to set a new set of goals.
“I’m just looking forward to them enjoying the trip down there, having a    good time and playing hard.”
Benton fell behind 2-0 on a home run in the top of the fifth inning.
Until that point, the Lady Tigers had only one hit in the game.
But Savannah Collo got things started in the bottom of the fifth with a one-out double.
Abi Cole followed that with a walk. Collo and Cole then scored on Brittany Craig’s triple.
Samantha Maranto hit a ground ball to third and beat the throw to first, allowing Maranto to score the go-ahead run.
Benton made several heads-up defensive plays to keep the Lady Mustangs from scoring.
In the third, shortstop Abi Cole fielded a grounder and threw to first baseman Collo for the force. Collo then fired the ball to third baseman Taylor Thompson, who tagged a runner out.
The next Assumption batter got a hit.
Assumption had a couple of chances to score in the sixth, but the Lady Tigers got one out in a rundown between third and home and threw another runner out at home.
“This game was about defense,” Owens said. “That was a great, great team we just played. Every inning they were on base and our defense just stepped up — everybody.”
Benton pitcher Gabby Kespelher allowed five hits and struck out six.
Elsewhere, the Haughton Lady Bucs’ season came to an end in New Orleans. The No. 21 seed Lady Bucs lost to No. 4 Mt. Carmel 6-0.
Senior Anna Dies, who had Haughton’s lone hit, pitched a solid game, allowing seven hits and three earned runs.
Haughton which shared second in District 1-5A with Airline, finished 18-11.