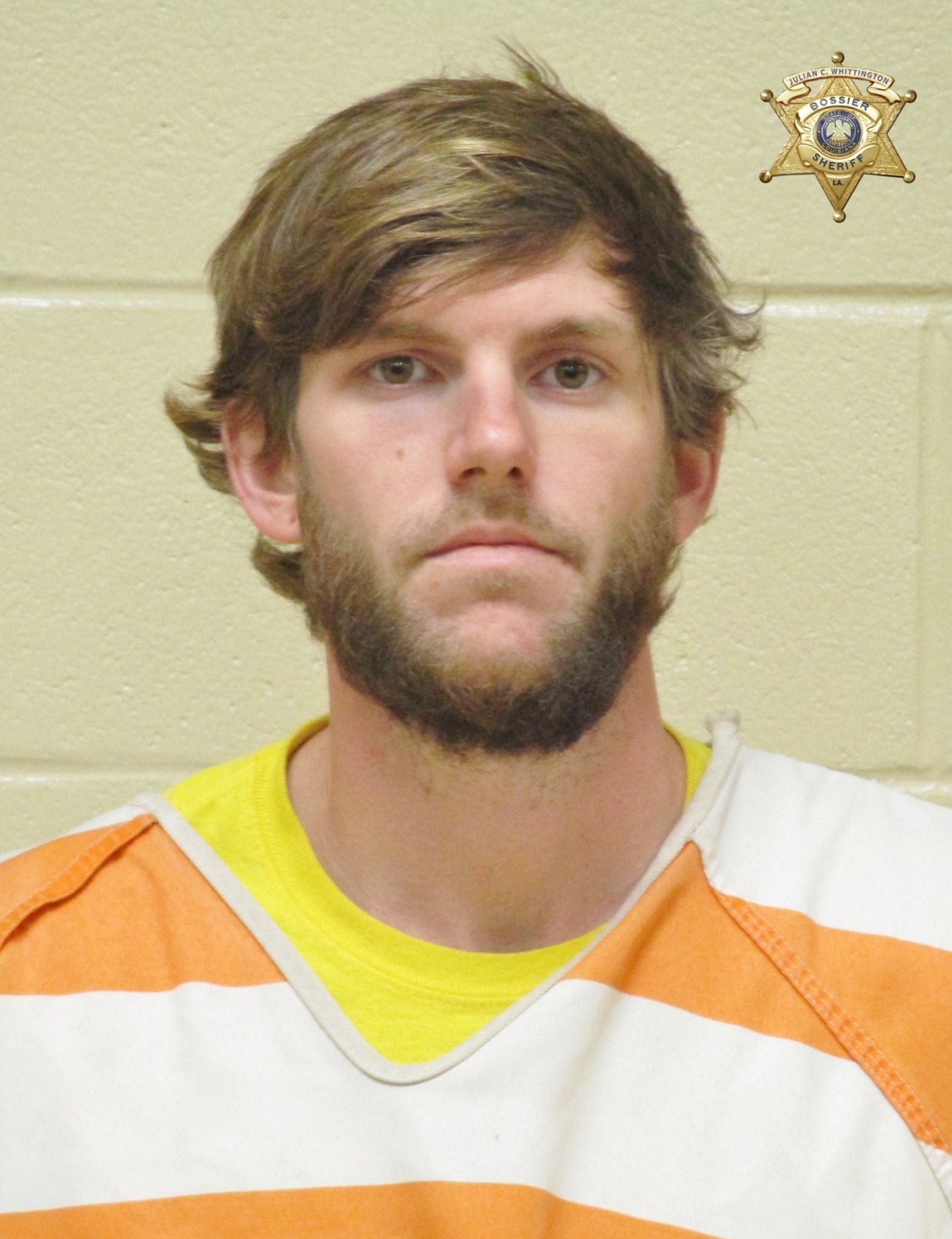 Zachary Cole, 30, was trying to evade deputies while at the residence of a friend, Tristan Boatner, 29, of the 1100 block of Highway 162 in Benton. The nighttime “Delta Shift” deputies arrived at the residence to serve the arrest warrant to Cole, but they could not locate him…until they searched a shed behind the residence where they found Cole hiding.

Cole was charged with False Imprisonment and Domestic Abuse Battery.  Boatner was arrested and charged with Obstruction of Justice-Evidence Tampering for hindering, delaying and preventing deputies from finding Cole.

Both men were taken to the Bossier Maximum Security Facility for booking. Bond for Cole is $30,000, and bond for Boatner is pending.

Bossier Sheriff’s Office deputies are looking for a Benton man who abused his girlfriend and held her against her will when she tried leaving their residence a few days ago.

Zachary Cole, 30, of the 1100 block of Highway 162 in Benton, is wanted by the Bossier Sheriff’s Office for Domestic Abuse Battery and False Imprisonment for chest-bumping and spitting on his live-in girlfriend on Aug. 15, and then trapping her in the house when she wanted to leave.

While Bossier Patrol deputies were enroute to his residence during that call, Cole locked the gate to restrict access to the house and told his girlfriend that if any deputies showed up, “they will be shot.”

Deputies have attempted to contact Cole several times, but he continues to evade law enforcement. He has a lengthy criminal history, with various charges for drugs, aggravated assault, battery of a police officer, simple battery, and theft, among others.