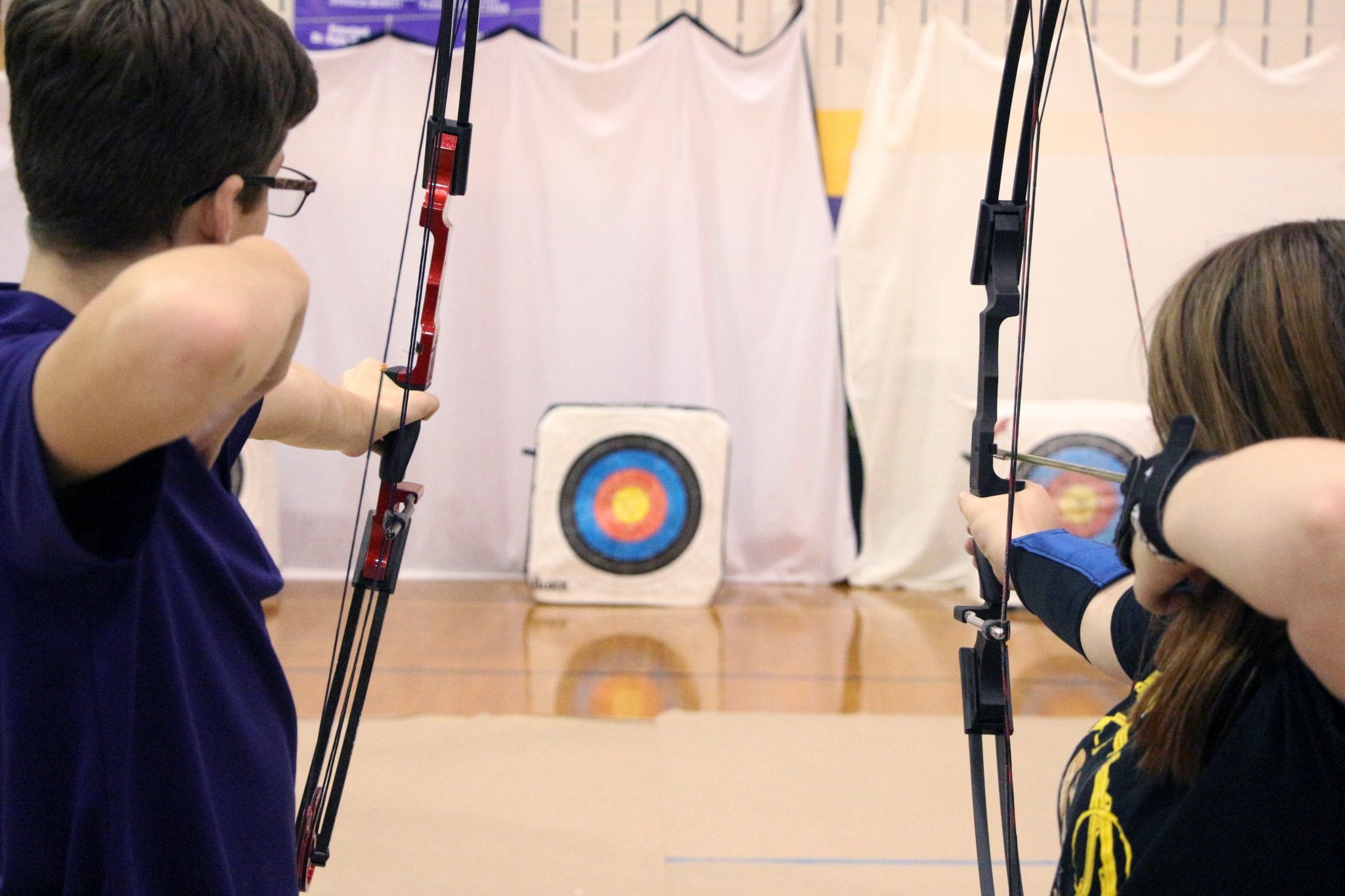 The road to worlds begins in Shreveport.

Archery teams from across north Louisiana will be competing at the 2017 Archery in Louisiana Schools (ALAS) North Regional Tournament Saturday, Jan. 21, at the Shreveport Convention Center. It’s their one shot at qualifying for the state tournament, which will also be held in Shreveport on March 4.

The reigning world champs from Benton Middle School have been hard at work since the fall and know that all eyes will be on them. The Tigers, coached by Terrie Streetman and Jessica Benoit, dominated the world tournament last year, bringing home the NASP World title and the NASP World IBO 3D Challenge title. They also won $15,000 in scholarships; two Ruby Red Genesis Bows; nine first place team trophies; 18 individual archer awards; one ALAS Regional title; and one ALAS state title.

Their trophies still sit in the corner of the gym where they practice.

“We ended last season as number one and it takes a lot of work to stay there,” Streetman said. “They are definitely feeling the pressure.”

It’s been a rebuilding year for Benton, though. Three of their top shooters decided not to return to the team this year.

“It’s a huge loss,” Streetman said. “They were the ones I could count on to make the top 12, but they wanted a break. Now we need people to step up and fill their spots.”

Eighth grader Anna Robins will be one to watch. She was the top female archer at the state tournament last year, receiving a $5,000 scholarship and a new bow. She also placed in the Top 10 at the world tournament.

Her goal this year is to defend her state title and to make the All American team at nationals. She also wants to improve her performance at worlds.

But it will take a lot of work to stay at the top.

“We have a big target on our backs,” Robins said. “We can’t get too confident. Every shoot is different. We have our good days and bad days. It takes a lot to keep the  reputation we’ve built.”

That’s something eighth grader Averie Halverson knows, too. She’s been part of two world championship teams. The very first year she was on the team at Benton Elementary, they won first place at the world tournament.

“I was shocked that we even made it to worlds and even more surprised when we won,” Halverson said.

She’s confident that, with hard work and dedication, the team will go far into the season.

“I really think we could make it back to worlds,” Halverson said. “We’ve got great coaches who encourage and motivate us. We do have a lot more young people, but with practice we can do it.”

Streetman and Benoit have spent some time getting their youngest team members adjusted to shooting at the middle school level. Going into the competition season, they’re asking one thing from the team — to just have fun.

“We don’t want them to be so stressed to the point that they hate doing it,” Streetman said. “This is truly a neat sport. It’s a great sport. We want to see improvement every tournament and we will encourage each other as a team to do it.”

If the team advances out of the state tournament, they will move on to the national tournament, held May 11-13 in Louisville, KY. From there, it’s on to the world tournament July 20-22 in Orlando, FL.

ALAS is a part of the National Archery in the Schools Program (NASP) that is designed to introduce students in grades 4-12 to international target style archery.  As the name states, the program is designed to be taught as part of the in-school curriculum.  Most commonly the program is integrated into the schools PE program and is taught within the schools gymnasium.

The sport of archery is a great way to get students involved in not only a life long sport, but also in their school, and into the outdoors.  ALAS is a program that looks to inspire confidence through the focus and discipline that sport of archery requires and the results speak for themselves.  Nationwide over 16 million students have participated in the National Archery in the Schools program in its first 15 years.  Just last year over 2.4 million students participated in NASP.

For more information regarding the ALAS program, or getting your school started, contact Robert Stroede, ALAS State Coordinator, at rstroede@wlf.la.gov.