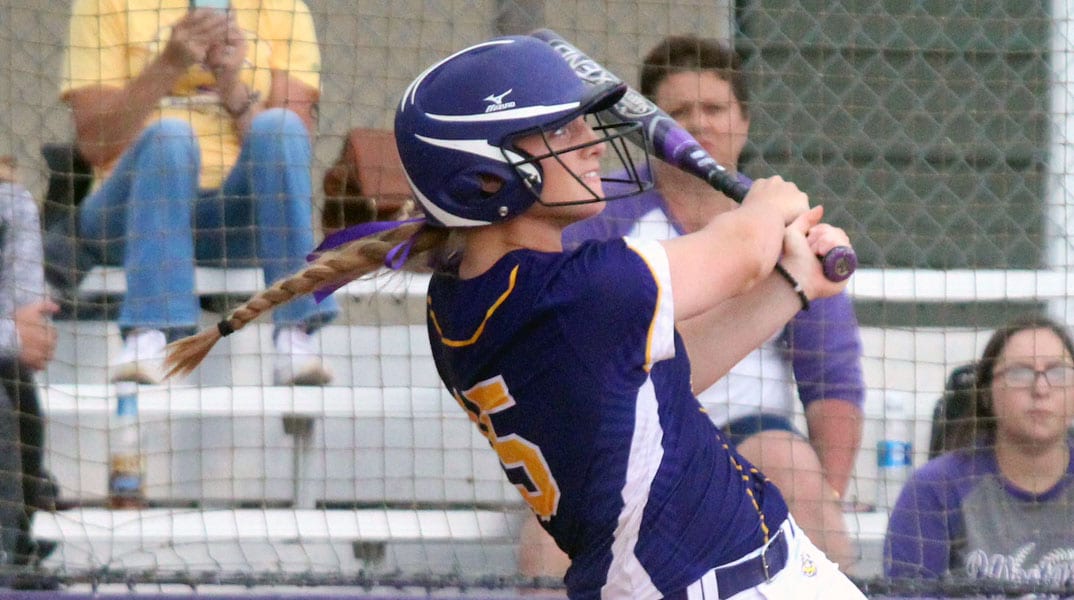 Recent Benton grads Will Hine and Sarah Koeppen have been named first-team Class 4A All-State by the Louisiana Sports Writers Association.

Hine, the co-Player of the Year on the All-Parish team, was named to the All-State baseball team at pitcher.

He was the winning pitcher in Benton’s lone victory in their best-of-3 quarterfinal series loss to eventual state champion Neville. It was Neville’s only loss in the playoffs.

Koeppen, the co-Player of the Year on the All-Parish team, was named to the All-State softball team at utility player.

She batted .464 with 14 doubles, eight home runs and 48 RBI while having to shoulder primary pitching duties. She hit four home runs and had 14 RBI in the playoffs, leading the Lady Tigers to the Class 4A semifinals.

Koeppen is continuing her playing career at Louisiana-Lafayette.

Saintignan, an outfielder, batted .456 with 18 doubles, six triples and two home runs. She had 21 RBI and 48 runs. Saintignan, who is headed to LSUA, struck out only four times in 135 plate appearances.

The LSCA All-State teams are selected from nominations from the state’s coaches.

Chaffin and Saintignan were also named honorable mention on the LSWA team.

No parish players made first team on the LSWA Class 5A All-State team.

Ennis, a first baseman who who shared Player of the Year honors on the All-Parish team with Koeppen, batted .624 with 22 doubles, two triples, six home runs and 42 RBI.

Six parish players made honorable mention on the baseball team

Parikh, a Louisiana Tech signee who shared Player of the Year honors on the All-Parish team with Hine, went 8-2 with a .80 ERA. He had 54 strikeouts in 61 innings.

Rising senior Patton, a first baseman, hit .500 in district play with an on-base percentage of .595.

Rising senior Heckman went 3-0 in district play with a 3.18 ERA. He pitched a three-hitter in Haughton’s 2-0 victory over No. 2 seed and three-time defending state champion Barbe in the first round of the playoffs.

Larry’s defensive skills and speed on the basepaths were big keys to Parkway’s success. He had 33 stolen bases in 39 attempts. He also batted .355 with an on-base percentage of .523.