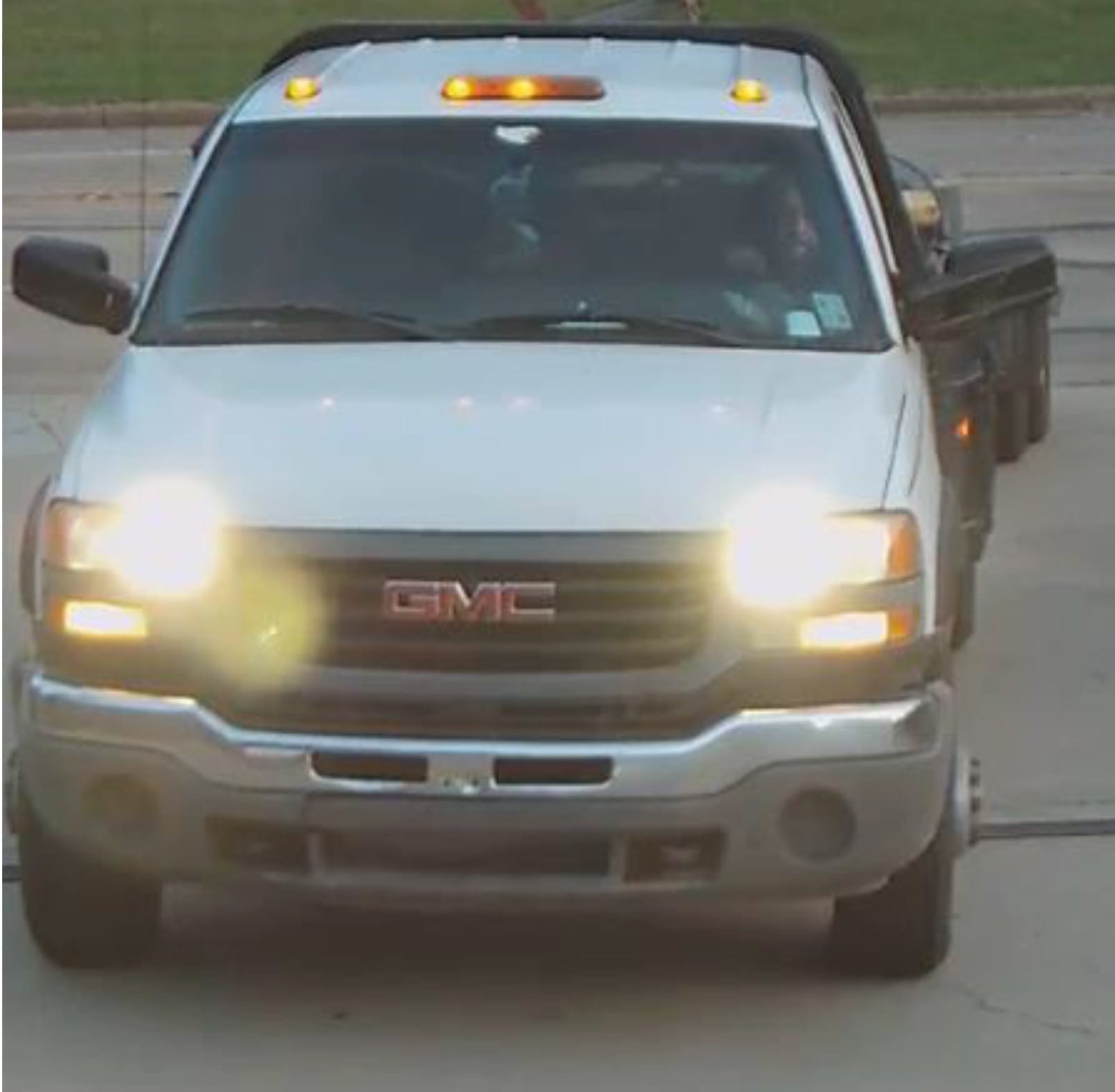 Benton Police are seeking a suspect who stole a four-wheeler and damaged a storage facility.

On May 30, officers responded to an incident at American Freedom Storage located at 6512 LA Hwy. 3 in reference to a report of theft and criminal property damage.

Officers discovered at approximately 4:23 a.m. a white male in a White GMC 3500HD Flatbed truck entered the property. During this time, the suspect drove into a boat and trailer causing it to crash through a wooden privacy fence.

At approximately 5:59 a.m. the suspect returned in the same truck with a stolen trailer in-tow. The suspect drove his truck into the side of the building and later into an electric gate causing damage. The suspect then stole a 2016 OD Green CAN AM four-wheeler and left the area.

Upon further investigation, it was discovered that the trailer used in the incident was stolen out of Bossier Parish, including other items: air conditioners, a bathtub, and a ladder.

The truck used by the suspect has a purple and gold ice chest on the back of the vehicle and what appears to be an eagle sticker on the windshield.

If you have any information, please contact the Benton Police Department at 318-965-0579 or bentonpolice@townofbentonlouisiana.com or the Bossier Sheriff’s Office at at 318-965-2203.

You can see photos of the suspect below:

Benton Man Arrested for Rape of a Juvenile