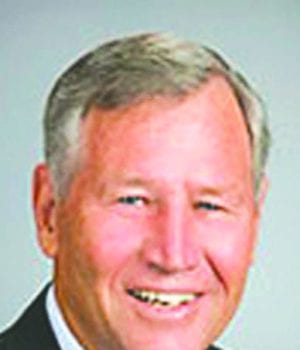 “I learned of the appreciation the state has for us, and on how they look towards Bossier Parish by electing someone from Bossier Parish for the first time to lead the organization,” he said.

Benton noted that Bossier Parish has tremendous respect from other parishes, especially as leaders in projects around the state.

“We have a lot of respect. A lot of people come up here looking at things that we have done. Eyes are on us. For instance, with what is happening with FEMA and the flooded roads. A lot of parishes are looking to see how that comes out,” Benton said.

“Around the state, a lot of parishes are looking at Bossier as being one of the leaders,” he added.

“I think it has helped as far as when it comes to legislation trying to lobby in Washington. I think our voice is well heard. We’ve got some really good people that go up and work on issues for the parish and Barksdale,” said Benton.

He also said that as past president of the association and as a sitting Bossier Parish Police Juror, he will continue to have a seat on the board of directors with the National Association of Counties (NACo), which will help with Louisiana’s needs.

“I am sitting on the board of directors for NACo now, It kinda keeps us in a seat at the table when it comes to the things that we need in Louisiana,” said Benton.

In three years time, another Bossier Parish Police Juror will be elected into the very same spot Benton just held.

District 1 Police Juror Bob Brotherton will be elected as president, which Benton says is historical and quite the honor.

“In three years, Bob will be President of the Louisiana Police Jury Association. That is an honor to have two people from Bossier Parish in a three to four-year period lead the state,” Benton said.“That says a lot for the reputation that we have here in Bossier Parish,” he added.

Benton was appointed to the Bossier Parish Police Jury in May 2007 for District 2 and was elected for his first term in 2008.

Benton, previously worked for 33 years for the Shreveport Fire Department, retiring in 2001. He also worked developing subdivisions for more than 20 years.

He has lived in Bossier Parish his entire life and is married to his longtime sweetheart Patricia, has two sons and four grandchildren.

Both he and his children all graduated from Haughton schools. He is also a longtime member of First Baptist Church of Haughton, serving on several committees throughout the years.