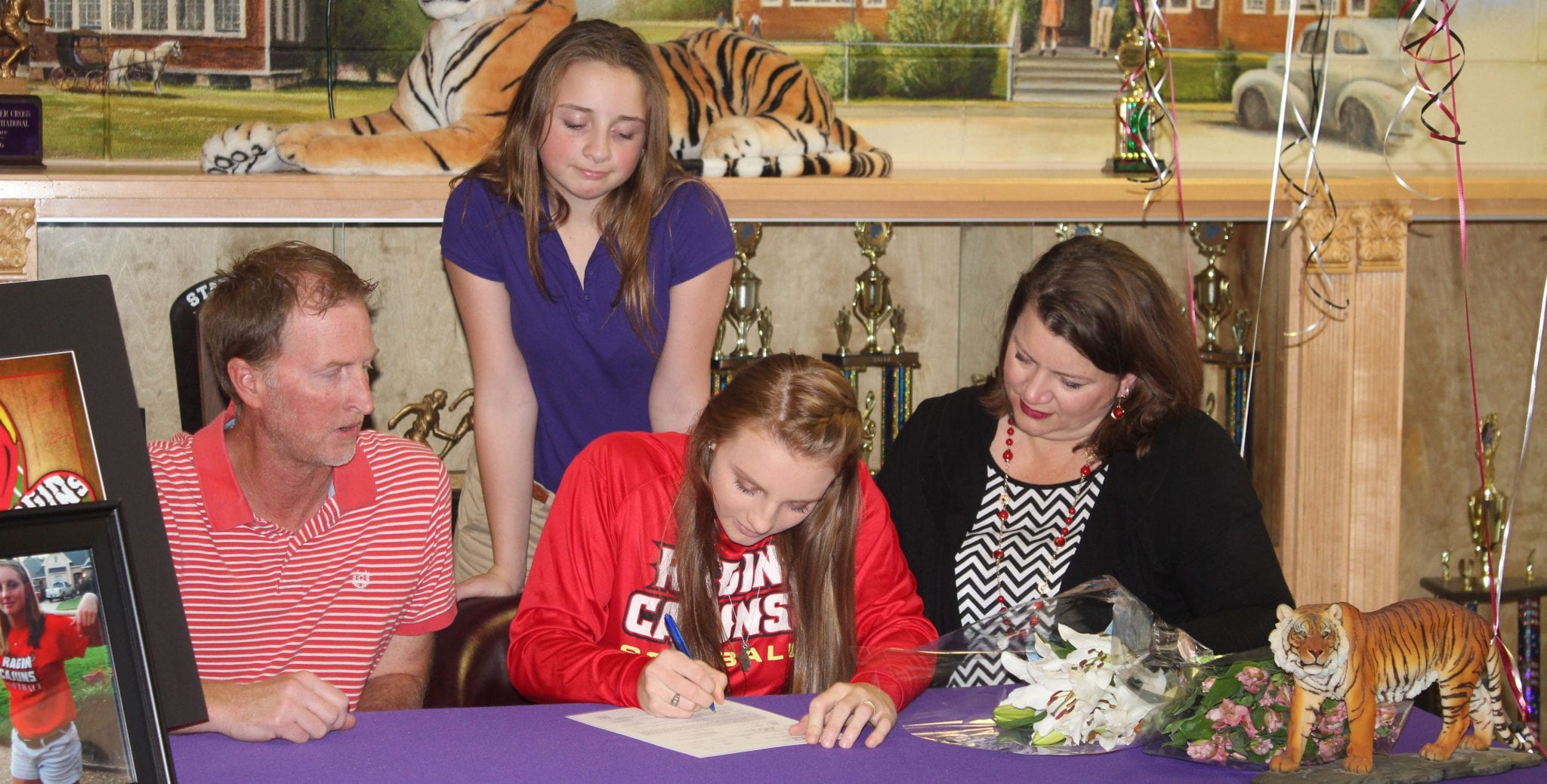 Benton’s Sarah Koeppen, the co-MVP on The Press-Tribune’s 2016 All-Parish softball team, signed with Louisiana-Lafayette Wednesday in a ceremony at the school.

Koeppen, a third baseman and pitcher, batted .462 with 39 RBI, 11 doubles and 11 home runs last season. The Lady Tigers went 17-15, finishing runner-up to state champion North DeSoto in their District 1-4A division. Benton came close to pulling off an upset of No. 5 seed Neville in the second round of the playoffs, falling 3-2 in eight innings.

She is joining one of the top college softball programs in the country. ULL has made six trips to the Women’s College World Series with the last one coming in 2014.

The Ragin’ Cajuns won their regional tournament, advancing to the Super Regionals for the fifth straight season. They lost to eventual national champion Oklahoma two games to none. 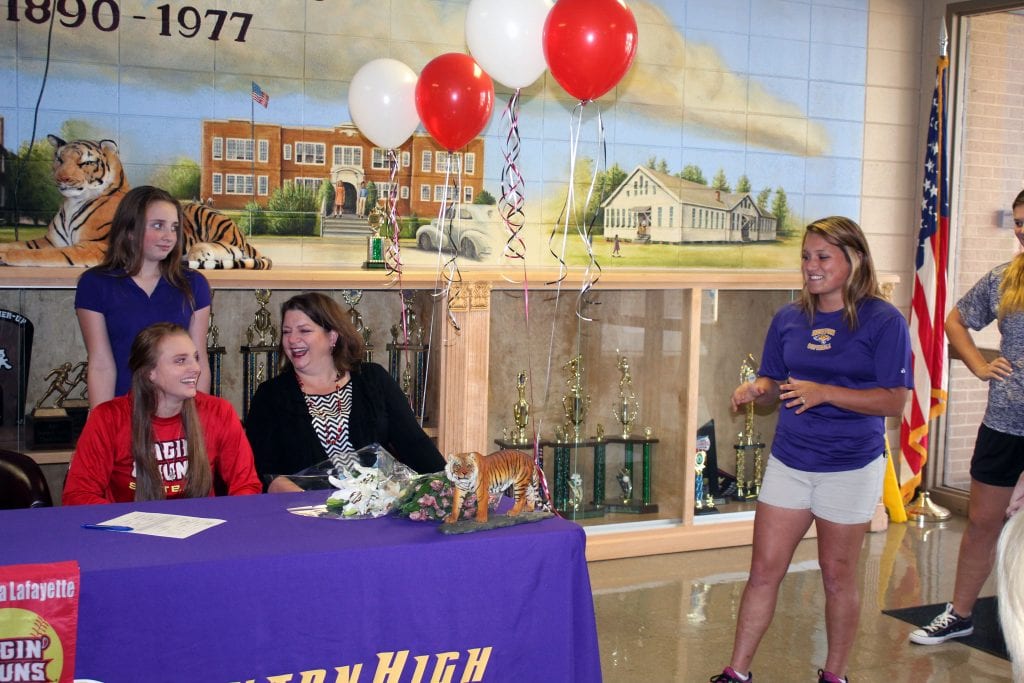