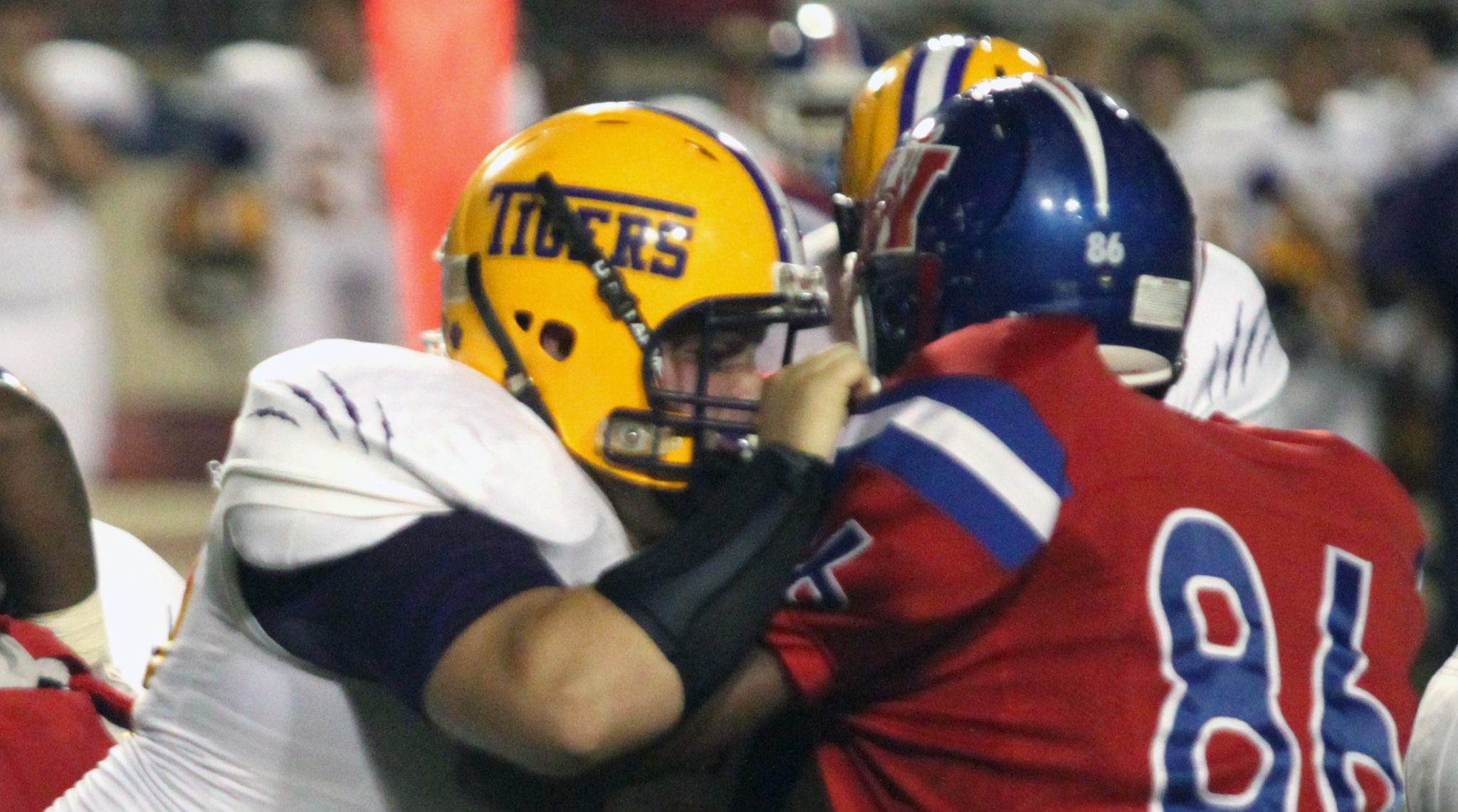 Thursday night’s District 1-4A game between the Benton Tigers and Woodlawn Knights at Independence Stadium was postponed at halftime because of heavy rain and lightning caused by a line of thunderstorms that swept through the area around 8:30 p.m..

The game will resume at 4:30 p.m. Friday at Independence. Benton leads 6-0 on the strength of two Jordan White field goals.

The rain and lightning hit at full strength just after the teams left the field following the second quarter.

Woodlawn administrators wanted to postpone the game immediately, but Benton administrators and coaches preferred to wait and see if the line of thunderstorms would pass through quickly and play could resume.

Just before 9, the stadium lights went out. A few minutes after that, the decision was made to postpone the game.

Benton’s halftime lead could have been much bigger.

The Tigers moved the ball well but stalled inside the the 20. Jonathan Thompson subbed at quarterback for the injured Christian Smith for the second straight week.

On the field goal drives, Tyler Stephens made a couple of big catches and Dorsavion Williams made some nice catch-and-runs. TJ Anderson also had a productive run on the second field-goal drive.

White intercepted a pass at the Woodlawn 37 on the second play of the game. But the Tigers returned the favor with an interception of their own on the next play

Benton had first-and-goal at the 5 on the first field-goal drive but couldn’t get any closer.

The Tigers also failed to convert a fourth-and-2 from the Woodlawn 10. The running play resulted in a 7-yard run.

Benton got a couple of big breaks, though. Late in the second quarter, Woodlawn’s James Anderson had a 39-yard touchdown run called back because of a block in the back.

After converting a fourth-and-3, the Knights hit a long pass to the Benton 1-foot line. But that play was erased because of a holding penalty.

The Benton defense was outstanding otherwise. Thanks to a tipped pass reception, the Knights had a first down at the Tigers 20 in the first quarter. But a penalty and two Benton sacks forced a punt.