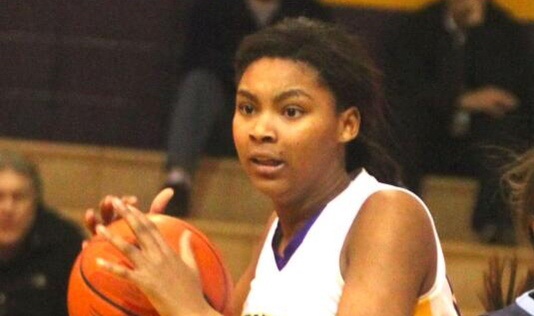 The Lady Demons did just that, receiving National Letters of Intent from three players, all of which stand 6-feet or taller.

“We are thrilled to announce the 2015 signing class,” Brooke Stoehr said. “Our staff is extremely excited about these young ladies and what each of them will bring to the program. We believe our staff has addressed the needs of post depth and versatility with this year’s class. I am excited to see this group grow and develop over the next four years at NSU.”

Jackson, who plays her high school basketball 86 miles from Prather Coliseum, was named to The (Shreveport) Times’ All-City Team after averaging 15 points, 10 rebounds and two steals per game for Benton.

“Gabby is an energetic, team player,” Benton coach Mary Ward said. “She inspires her teammates to play to the best of their ability. I believe Gabby will be very successful at the next level and look forward to watching her play at NSU.”

Jackson’s mother is an NSU graduate and the family previously lived in Natchitoches. Jackson’s double-double average as a junior continued her progression, as she was an honorable mention all-district selection as a sophomore before being named first-team all-district as a junior.

“Gabby is a very coachable young lady and will be ready to compete when she arrives on campus,” Brooke Stoehr said. “Gabby comes from a very good high school program, having played under coach Mary Ward and former NSU women’s basketball player Lyndzee (Greene) McConathy. With (Jackson’s) ability to go inside out and score from the perimeter, she will fit well into our offensive system.”

Like Jackson, Brown brings a versatile offensive game with her from a perennial championship contender at Martin’s Mill.

Brown has averaged a double-double in each of her first three high school seasons with season-high averages of 23 points and 12 rebounds in her junior season. Brown stands 13 points shy of 2,000 for her high school career while also totaling 253 steals, 243 blocks and 154 assists.

“Cheyenne knows how to win and how to work,” Brooke Stoehr said. “She will bring a strong interior post game with the ability to play with her back to the basket, as well as shooting the 3. She has a toughness and desire to win that will add to our culture here at NSU. Cheyenne’s ability to be physical and bang with bigger opponents will be a big addition for our interior play.”

Brown helped lead Martin’s Mill to the 2012-13 Texas Class 1A, Division I state championship and is a three-time Texas Association of Basketball Coaches All-Region selection and a two-time TABC All-State pick. She twice has been named to the All-State Team by Texas Basketball Magazine, and was the 2011-12 All-East Texas Newcomer of the Year, as chosen by the Tyler News Telegraph and ETFinalscore.com.

Brown carries a 4.47 grade point average into her senior year, is a two-year member of the National Honor Society and has participated in the UIL Academic Contests in three different subjects.

“Northwestern State athletics is gaining a unique young lady in Cheyenne Brown next season,” Martin’s Mill coach Laura Jenkins said. “She is a leader here at Martin’s Mill and has a competitive nature that is hard to teach players. She works hard to score and continues to improve her game each day. We will truly miss her next year.”

“We are excited about the versatility Emerald brings to the floor,” Brooke Stoehr said. “She can play a power, post-up game and mix it up in the paint and can also face up and put the ball on the floor. She will fit nicely into our offensive system and with our current players.”

Mayfield’s progression at Bowie helped led the Volunteers to a 12-0 district record and a berth in the Texas Class 5A regional semifinals. It also led her to honors as an All-Region Class 5A player, first-team all-district honors, two berths on the All-Academic team and her team’s Offensive Player of the Year award.

“I have had the privilege to coach Emerald the past four years and have seen her blossom into a phenomenal player,” Bowie coach Kelly Carruthers said. “She will be a valuable asset to the NSU program, and I look forward to following her throughout her career.”

The Lady Demons still plan to add players during the remainder of the early signing period, which runs through Nov. 18.