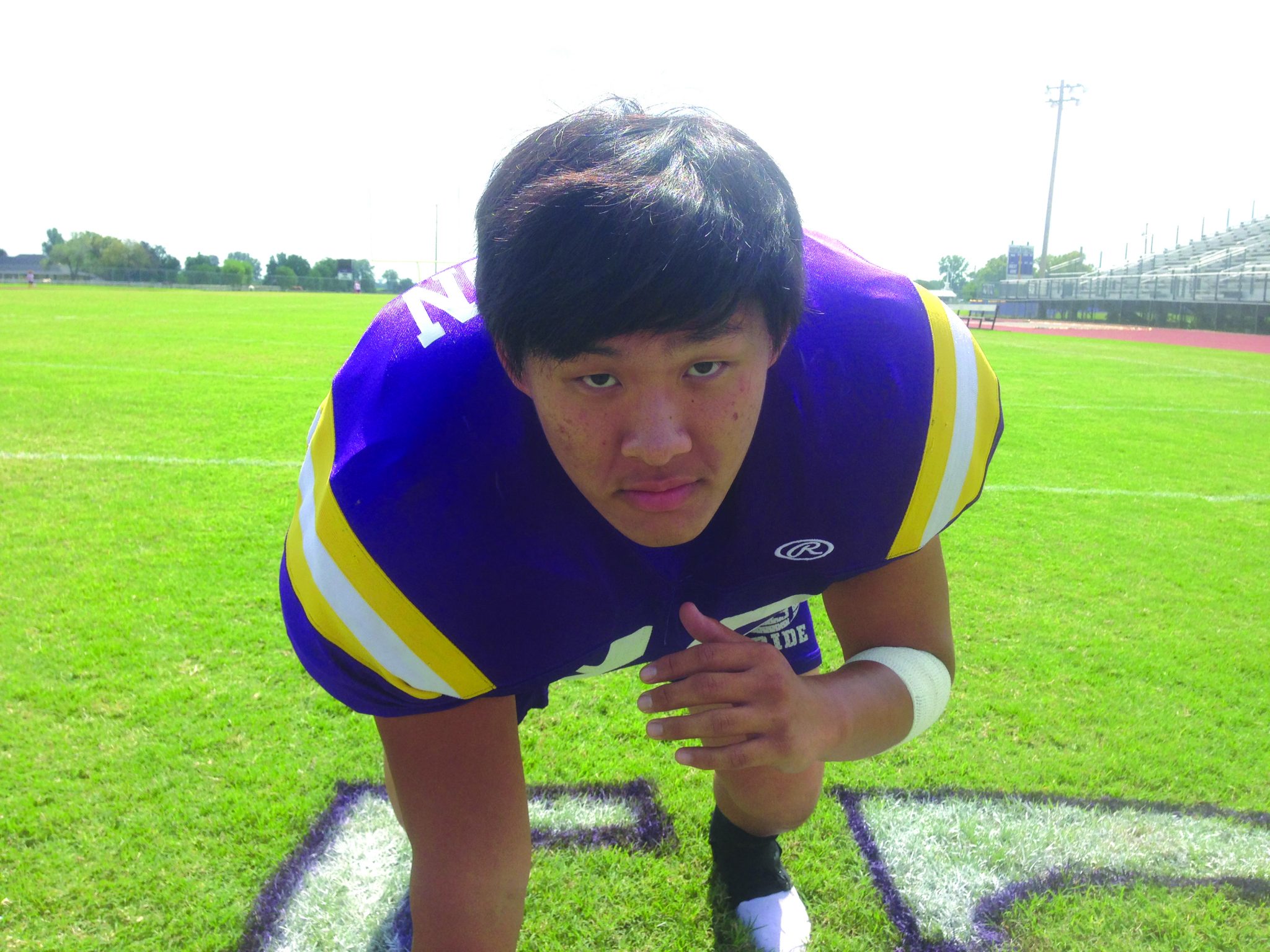 Benton senior Shane Kim doesn’t know what it feels like to be district champion but he’s willing to do whatever it takes to find out.

“Ever since I’ve been on varsity, we haven’t won district,” Kim said. “The team has set a goal to win all of our district games and show the town of Benton that we will make them proud.”

A starting defensive end, Kim has also seen time on the offensive line. His versatility and willingness to switch positions epitomizes Coach Reynolds Moore’s philosophy of putting the team first.

“He’s one of the kids that puts the team first,” Moore said. “He was a starter on defense and we moved him to offense when we needed him there. After week two, we moved him back to defense. He never questioned what we were doing, he does what is asked of him.”

Historically, Benton has fared well in district competition and it is unusual for seniors not to have played on at least one district champion team. The team has struggled in recent years and after last season’s 4-6 record the former coach stepped down and Moore was hired.

“Ever since Coach Moore came to our school, he told us as a team to play every snap of the ball like it is our last,” Kim said. “I strive to become better for myself and also my team on every snap.”

Moore has implemented a spread offense, a variation of which is used at all but one parish school, which replaced the run-oriented Wing-T. The defense is relatively unchanged and now has the advantage of practicing against the type of offense it frequently faces in games. On offense, Moore has stressed the need for the offensive line to continue to be physical like under the Wing-T.

When the offensive line got shorthanded, bringing in Kim, an experienced defensive lineman, was Moore’s way to help beef up the unit and maintain its physical nature. Changing the offense entails hitting a few bumps in the road but Kim and his teammates are hoping to put together a stretch run that will put them in the playoffs.

The son of Juyon and Bok Kim, he first got started in football in the fifth grade when he went to his first high school football game.

“It was an experience I’ve never had before,” Kim said. “I loved it and still remember it to this day.”

His pre-game routine is simple but effective.

“I walk around to my teammates and motivate them, then sit in my locker, listen to music and read my Bible,” Kim said.

A member of the team’s leadership council, Kim enjoys the camaraderie the team has.

“The connection we have as a team, no other sport could understand how hard we work for one another,” Kim said.

He credits Benton’s baseball coach for inspiring him to achieve his goals.

“Definitely Coach Stephens, he is a great man of God, very inspirational and is always there to help you become better,” Kim said.

After high school, Kim plans to attend Louisiana Tech and major in engineering. Right now, though, he is quietly focused on winning district.

“He’s kind of quiet and shy,” Moore said. “He’s an outstanding Christian young man, absolutely a team player. One thing we stress is to put the team ahead of the individual. Shane really embodies that idea.”