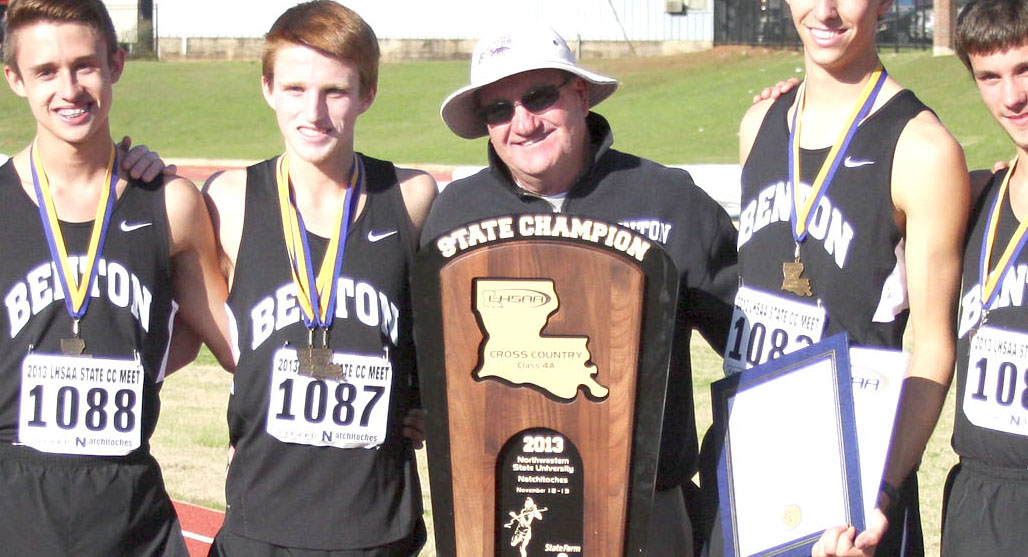 Benton’s Frank Trammel has been named the 2014 Boys Cross Country Coach of the Year by the National Federation of State High School Associations.

Trammel was selected among eight NFSHA Sectional Coaches of the Year. He was the Section 3- South Coach of the Year.

Before breaking through in 2010, Trammel’s girls teams posted two runner-up finishes and one third-place finish in the previous three years.

“I could not have done it without people who believe in me,” Trammel said in a Bossier Parish School Board press release.

“I represent the kids, parents and community and want to share this honor with them. I coach the best of the best and see so much promise in these kids.”

“He has contributed greatly to the lives of our students by being a great mentor and shining example of what kind of impact a man can have on the lives of others if he places them first,” Downey said. “We are extremely proud of Coach Trammel and know that our lives have been made richer by his presence at Benton High School.”
The 2014 cross country season may have been his last, but Trammel is not done at Benton.