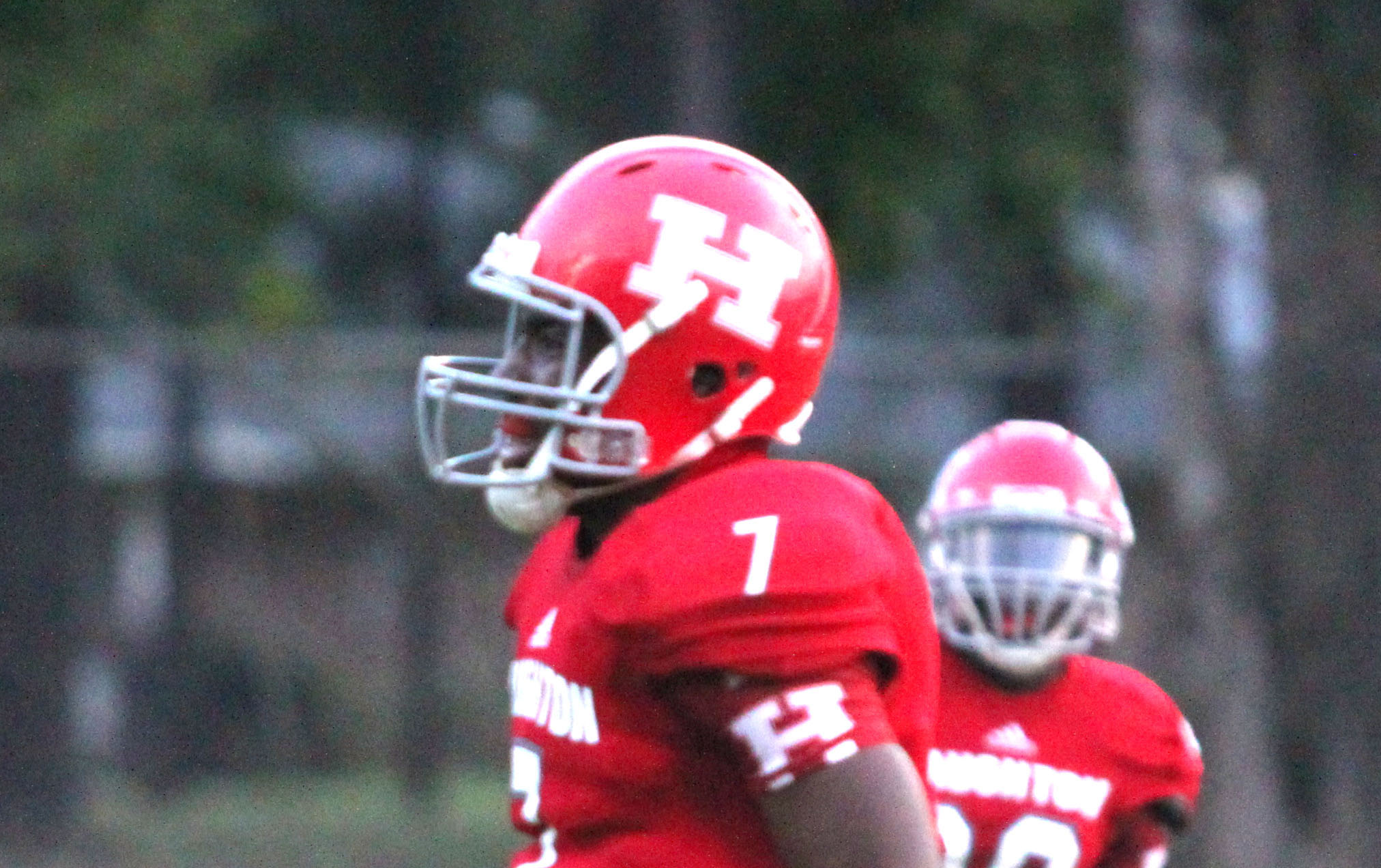 The Woodlawn Knights put up a bit more of a fight than in year’s past, but the Haughton Buccaneers still came out on top 41-31 in the season opener Friday night at Harold E. Harlan Stadium.

The game was Haughton head coach Rodney Guin’s first back on the sideline since suffering a near-fatal heart attack in late April.

The Knights made things interesting in the first half, scoring on their opening drive, completing a double-reverse pass for a touchdown and blocking a punt for a touchdown.

But Haughton’s Will Haines, Kei’Untre Normadin and Javonte Woodard made some big plays that enabled the Bucs to take a 27-19 halftime lead.

Sophomore Josh Lister got in the act in the second half, scoring two touchdowns, including one on pass from Haines, to extend Haughton’s lead to 41-29. Woodlawn scored a couple of late touchdowns but the Knights were never in it after that.

Haines, the Bucs’ senior quarterback, scored two rushing touchdowns in the first half. Woodard set up Haines’ first TD by turning a short pass into a big gain.

After Woodlawn scored on the double-reverse pass, Normandin returned the kickoff 92 yards for a touchdown to even the score at 13. Normandin made several impressive runs and finished with 100-plus yards on the night.

Haughton got a big turnover late in the first half on a bad snap to the Woodlawn quarterback. Haines hit Duncan Smith for the score with just over a minute left.