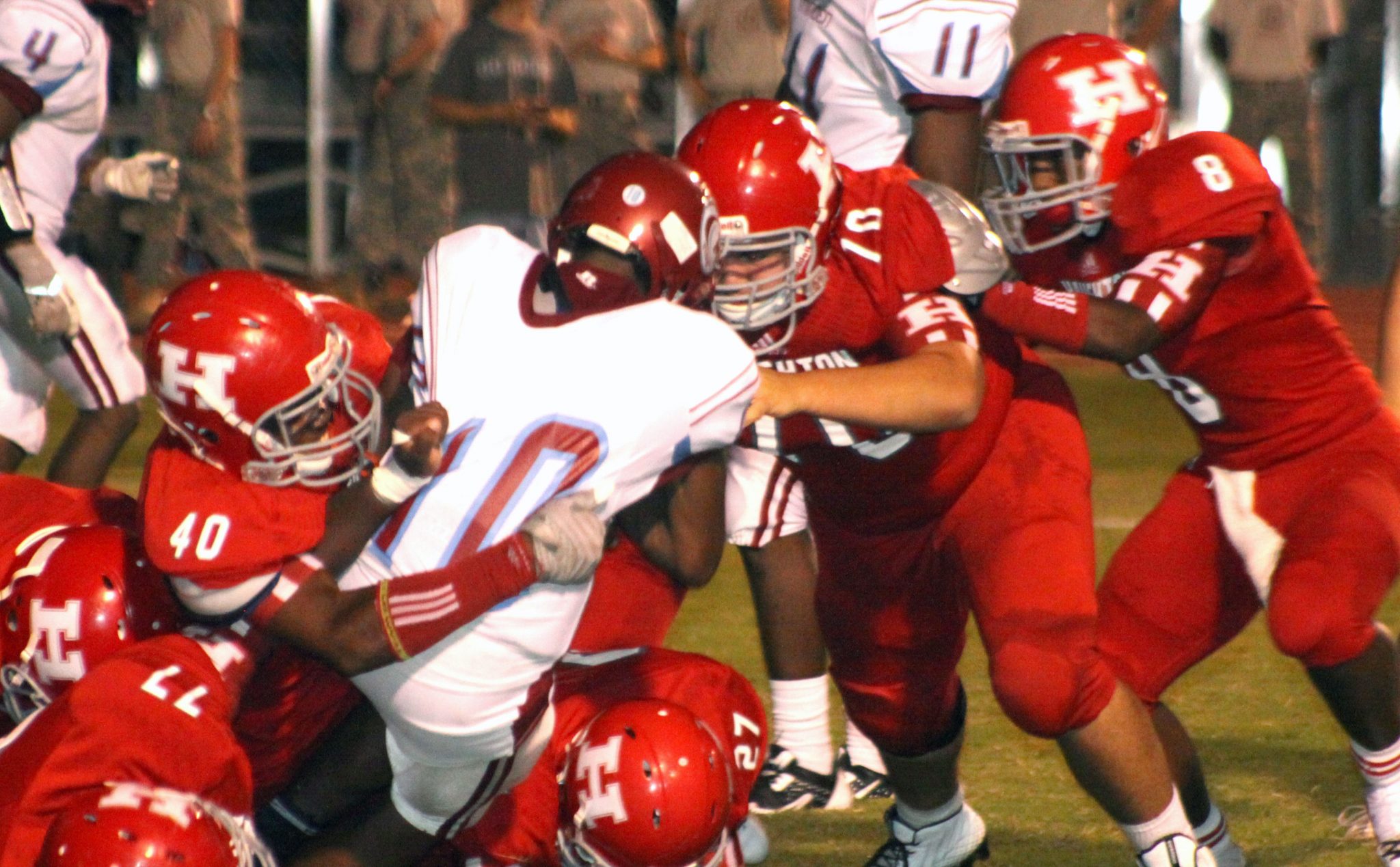 The Haughton Buccaneers improved to 3-0 with a 42-14 victory over the Minden Crimson Tide Friday night in Haughton.

It was a game at the half with Haughton up 21-14 thanks to a 9-yard touchdown pass from Will Haines to Antonio Woodfork on the last play of the second quarter.

The Bucs ran away with it in the second half thanks in part to an interception return for a touchdown by O’Shun Smith in the third quarter.

Haughton junior running back Kei’Untre Normandin continued his impressive start to the season, scoring on runs of 7 and 14 yards and catching a 74-yard TD pass from Will Haines.

The Haughton defense allowed a big play and a long drive for touchdowns in the first half. But the Bucs also kept the Tide out of the end zone on a couple of drives deep into Haughton territory.

Guin said he has stressed to his team how important it is for the Bucs to keep winning the non-district games.

“We have to win a lot these games because our district is so tough,” he said.