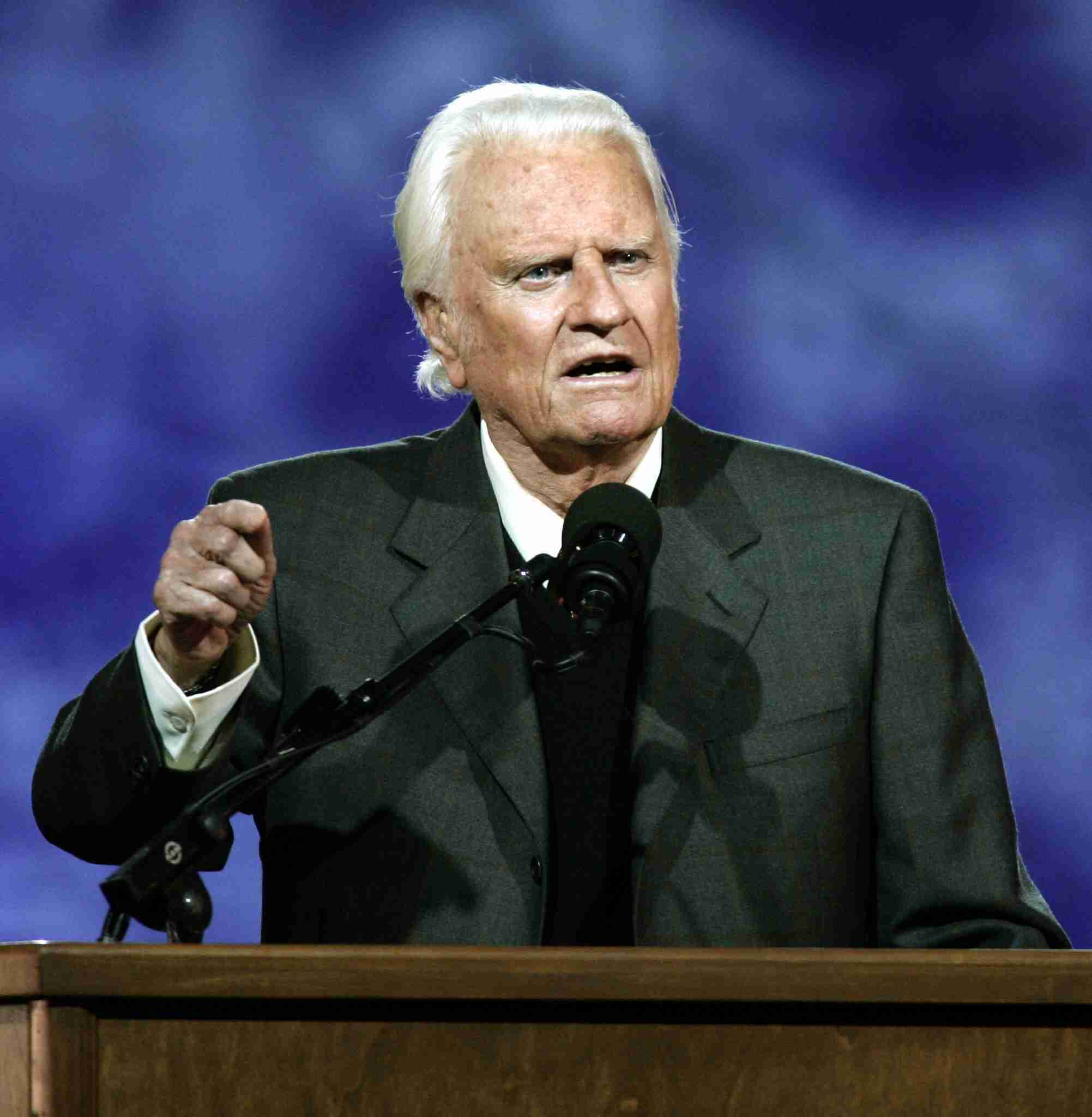 A Call to Repent

“God’s prophet” is speaking. Is anyone listening?

Famed evangelist Billy Graham, a New York Times bestselling author who has preached to more people—2.2 billion—than any Protestant in history and has provided spiritual counsel to every president from Harry S. Truman to George W. Bush, released a letter last summer entitled “My Heart Aches For America.”

In the letter, Graham wondered what his late wife, Ruth, would think of a nation in which “self-centered indulgence, pride and a lack of shame over sin are now emblems of the American lifestyle.” Graham compared America to the ancient city of Nineveh, the lone superpower of its day. When the prophet Jonah finally traveled to Nineveh and proclaimed God’s warning, the people repented and escaped judgment, Graham wrote.

I think it is a perfect description. The parallels between America and Nineveh are hard to ignore. The stench of Nineveh’s wickedness was so great it reached God’s nostrils in Heaven. In the Old Testament book of Jonah, God said to the prophet, “Arise, go to Nineveh, that great city, and cry against it; for their wickedness is come up before me” (Jonah 1:2). I believe America is right where Nineveh was.

Graham, who is 94 years old, is a prophetic voice, much like Isaiah and Jeremiah, who courageously stood up and told Israel what God wanted her to do. We would be wise to heed the evangelist’s warning for America. “God’s prophet” is speaking, but does he have any listeners?

Graham says he believes America, like Nineveh, has a window of opportunity to confess and repent before a holy God. That’s why he is pushing hard with an evangelistic outreach called “My Hope With Billy Graham.” It will be offered throughout America the week of November 7th, a day which will mark his 95th birthday. If you want more information, you can call 1-877-7MYHOPE, or 1-877-769-4673.

“My Hope has been used in many countries and hundreds of thousands of people have received Christ as Savior,” Graham says. “I think it is going to be a tremendous time of evangelism. I think the Lord is going to use it mightily. I’ve been praying that we might have a spiritual awakening. But I think that becomes possible as individuals surrender their lives fresh and anew to Christ. And that’s the hope we have.”

In a massive, nationwide event now involving more than 16,000 churches and hundreds of thousands of people, Americans are expected to gather with family, friends, neighbors and co-workers the week of November 7th to watch programs featuring a new and powerful message from Graham, along with dynamic music and testimonies.

Participants are being encouraged to invite guests into their homes or churches to learn about Jesus, using television or video, while others may choose to gather at a coffee shop or the park to watch the program on a tablet or smartphone.

“I believe this could be a huge night in American church history as hundreds of thousands of homes are opened and hundreds of thousands of people are sitting and watching and hearing the Gospel,” said Franklin Graham, Graham’s son and president and chief executive officer of the Billy Graham Evangelistic Association. “It just might be one of the largest evangelistic efforts in the history of our nation.”

The only real hope for America is to have another “Great Awakening,” reminiscent of what happened in the late 1700s. The My Hope outreach could be the start of a massive revival in this country. One can only hope. America has a spiritual problem and spiritual problems are solved with spiritual solutions. The United States may be sitting on the edge of God’s judgment, or she may already be UNDER God’s judgment. Either way, Christians, with God’s help, hold the key to much needed repentance and revival.

Hundreds of ministers in all 50 states are continuing to gather in preparation for participation in My Hope. At the meetings, pastors and lay church leaders are learning how to maximize the nationwide evangelistic outreach in their own congregations. Meetings will continue right up to the beginning of My Hope on November 7th.

What can you do? Start praying now for your unsaved family and friends and on November 7th invite them into your home. Have a hot dog and something to drink ready. Be sure to invite some of your friends who may not have a personal relationship with Jesus Christ. When they drop by, they can watch the 30-minute My Hope program on your computer or on television. At the end of that 30 minutes, people will be invited to ask Christ to come into their hearts. Once the invitation is extended, the Holy Spirit can and will bring conviction. Hearts will be changed and revival will spring up from the grassroots.

The American Church, the body of believers across this great land, is losing our country. We are not evangelizing even as other religions flood into America. Islam is making great strides, but the Church is asleep and America is in trouble.

I prefer spiritual awakening, but it depends, in part, on how Christians respond to the My Hope outreach. God is speaking through one of His most faithful prophets. Are you listening, Christians?