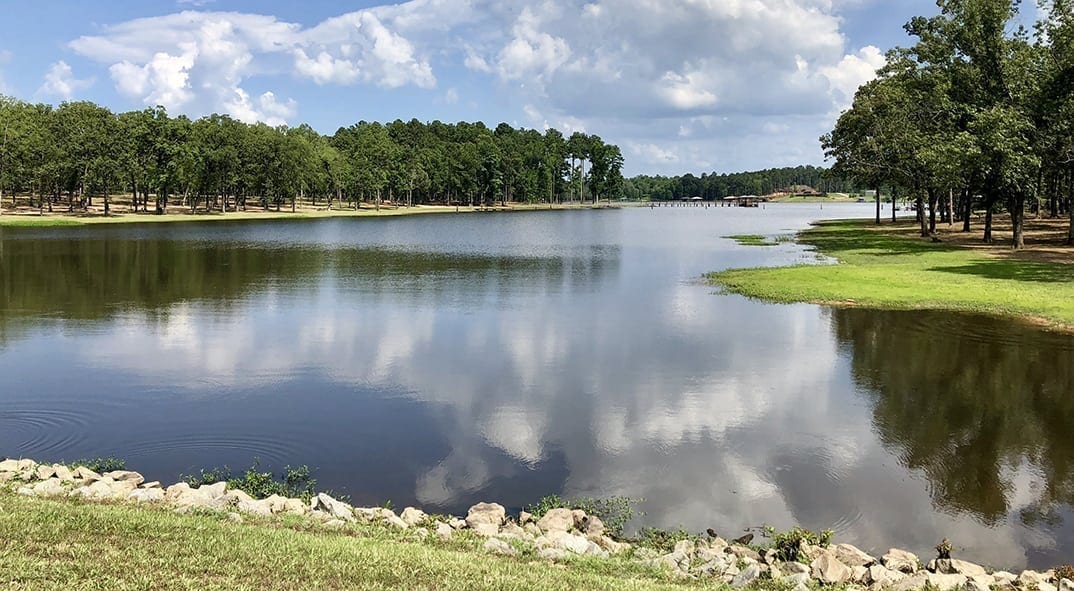 A Houston-based energy company is hoping to use Cypress Black Bayou as the water source for hydraulic fracking of oil wells.

Empresa Energy addressed the Cypress Black Bayou Recreation and Water Conservation District’s public meeting on June 12. The company hopes to drill four oil wells in late summer or early fall, with hopes of adding another six sometime after that, on its land near the lake.

The drilling would be hydraulic fracturing, or “fracking.” This requires very large amounts of water, and Rick Harris, vice president of operations for Empresa Energy, estimates that each of the wells built will use about 260,000 gallons.

Empresa’s business model is aimed to find productive gas and oil sources in unconventional areas with test wells, and later to sell the land to larger companies who will expand the operation. Harris noted there could be 70 to 80 wells once the project reaches its full potential.

“Empresa will find a buyer for this project,” Harris explained.  “It’s going to be a great revenue source for the parish and for the people. There could be up to 60 to 70 wells when it’s all over, depending on who operates it and how aggressive they want to get. That’s an eight- to 10-year project.”

Both the President of the Board of Commissions for Cypress Black Bayou Jerry Fowler and Secretary Alan Warren told Harris that the lake is important and they are dedicated to preserving its integrity. They said that the board would require them having the power to cease operations if the water levels were to become critically low.

“I love the lake and I love the outdoors,” Harris answered. “We have the utmost respect for what you folks have here. It’s a beautiful lake and we don’t want any upset at all. If you get down to any low levels due to drought, I’ll be the first one to pull the plug.”

Some lake residents attended the meeting to listen to plans and voice their concerns.

“I can hardly get my boat out now — and they come in and start pulling off water too, what’s that going to do?” said Anne Timmers, a lake homeowner. “I just don’t feel like we should jeopardize this little bitty lake. Water is the most important thing we’ve got.”

Mr. Loftin, a homeowner on Black Bayou also expressed a concern in the number of wells being discussed, saying, “We were talking about four to five wells. And now we’re talking about 60 to 70?”

Robert Berry, executive director of Board of Commissions, tried to calm fears when he said, “At the end of the day, this oil company is probably not even going to go with us because what we would want per barrel for the water, they’re just not going to do it. It’s not going to money-out for them.”

Berry also added that while he personally thinks that this is probably a dead issue, it is important to converse with Empresa or any other energy company in a public forum so that residents are made aware of and can have input into any decision-making process.

The Board of Commissions legal services were represented at the meeting by attorney Lee Ayres, who will take on the project of developing a written contract for negotiation with Empresa. He and other board members commented that should a deal be reached, it would be for Empresa Energy’s early stages only, and that any larger company interested in expanding the operations would need to negotiate for their water sources separately.

The next public meeting will be held on July 9 at 4 p.m. at the Nature Center.