A Bossier City man accused of killing his wife and leaving her charred remains at a site in Webster Parish pled not guilty on charges of second-degree murder.

Robert Bond, Jr., 53, was in 26th Judicial District Court in Benton Monday, where a judge heard the case presented against him by Bossier/Webster District Attorney Schuyler Marvin. 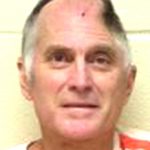 “This will be a good case for us,” Marvin said after the indictment. “I expect to try it within the next 10 months.”

His wife was reported missing Nov. 14 when she didn’t show up for work. Bossier Sheriff’s deputies found her car in the driveway and blood at the house. Later that day, they issued an arrest warrant for Robert Bond.

In November 2013, almost one week after her disappearance, remains found off an oil field service road near Pruitt Road and Bayou Dorcheat were identified as 46-year-old Annie Bond.

When officers approached his vehicle, he reportedly shot himself in the head.

“I expect his attorney to try and prove he is not competent to stand trial because of his injury,” Marvin said. “We don’t see where there will be a problem with that.”

Robert Bond was hospitalized for a month at Singing River Hospital in Pascagoula, Miss., before being extradited to the Bossier Maximum Security Facility in December.

If convicted, Bond faces the maximum punishment of life in prison without the benefit of probation, parole or suspension of sentence.