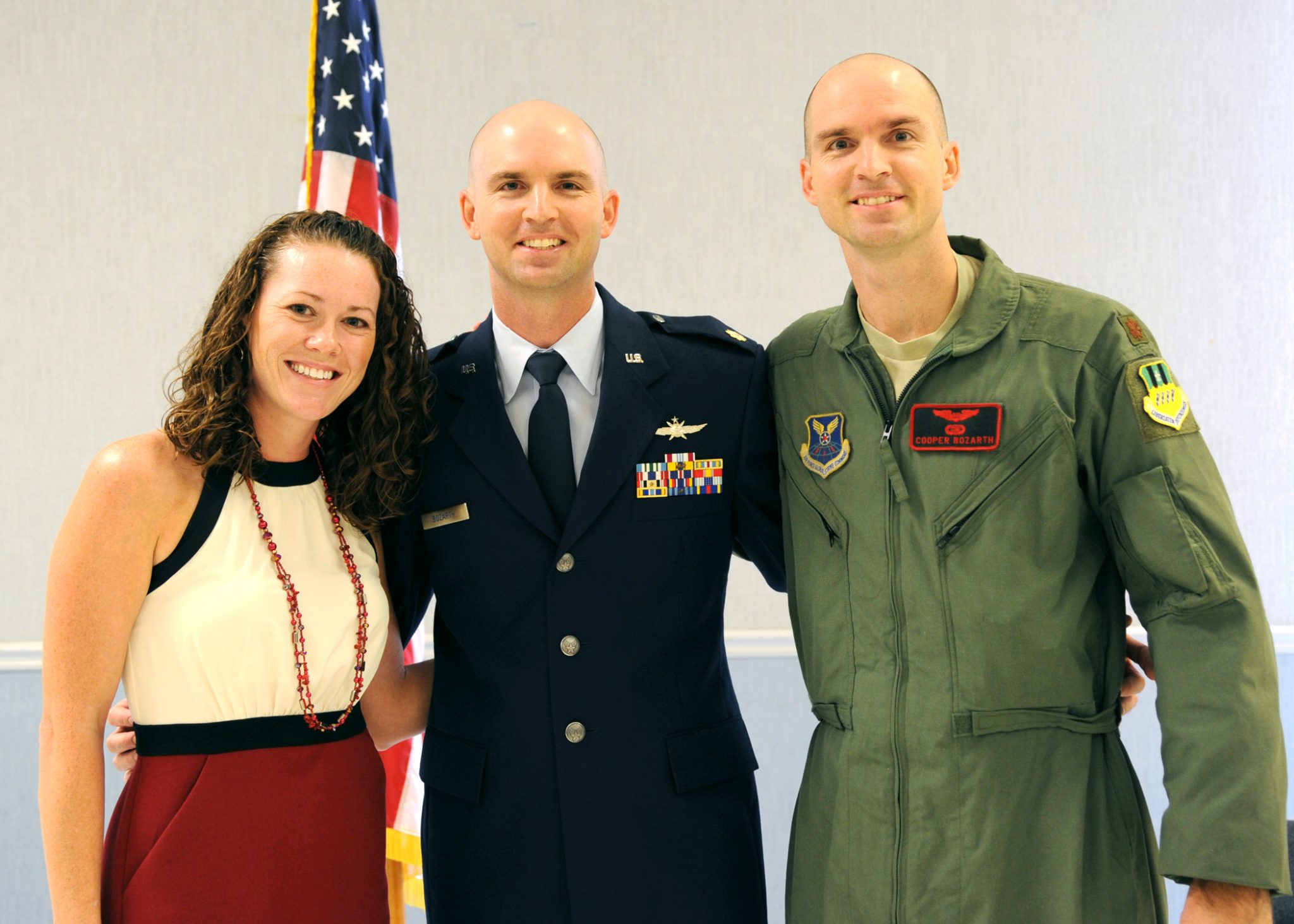 BARKSDALE AIR FORCE BASE — Twins are known to share unique bonds with one another, an idea exemplified by identical twins who joined the Air Force together and are now both assigned to Barksdale Air Force Base.

“My brother and I were recruited to play basketball for the Air Force Academy as a shooting and point guard,” said Macey. “This opportunity, along with the education benefits, is what led us to join.”

Other than their uncle who is a Vietnam veteran, Macey and Cooper do not come from a military background. Their families, however, were very supportive when they decided to take this career path.

“Our family thought this was a good choice for us both,” said Cooper. “They saw it as a great opportunity to play collegiate sports, get a great education and good start into the professional world.”

The brother’s supported one another throughout the academy’s rigorous training regimen.

“At the academy, we were able to room together,” said Cooper. “It made the transition a lot easier because we were able to go through the same things together and when faced with a challenge, could push each other through it. It’s also nice having a familiar face in an unfamiliar environment.”

Having each other at the academy also caused some confusion.

“In basic training, our cadre would frequently mistake us for the other and be confused as to why we were in the wrong flight,” said Macey. “I would have to break rank and move beside Cooper, or vice versa, so they could see we weren’t lost or in the wrong flight.”

After graduating, the brothers were stationed together in San Antonia, Tex. From 2003 to 2007 and it would not be their last assignment together.

“After that, I got orders to Seymour Johnson Air Force Base, S.C. and Cooper went to Ramstein Air Base, Germany,” said Macey. “It was there that he was picked up to attend flight training to become a navigator and was then stationed here. I followed suit in 2011.”

Macey manages cyber personnel across AFGSC as well as all cyber deployment taskings while Cooper regularly flies in the B-52H Stratofortress as a member of the 96th BS. Cooper has deployed twice over the last three years in support of the Combined Bomber Presence mission at Andersen Air Base, Guam, in 2011 and 2012.

Throughout their careers, Macey and Cooper have remained close to one and are now able to raise their families alongside one another.

Cooper and his wife Brooke, have two children Leigha and Lincoln. Cooper and Brooke met during their time at the academy. Brooke, who was also on the women’s basketball team at the academy, is also a cyber-officer that is now in the reserves after serving 10 years on active duty. She deployed several times on active duty and was also a member of the 2nd Communications Squadron, before transitioning into the reserves.

Macey and his wife, Danielle, have three children, Luke, Logan and Ashlyn. Macey and Danielle met in high-school in Sarasota, Fla. Danielle graduated from Clemson University and was commissioned as a registered nurse in the Army. She deployed in support of Operation Iraqi Freedom and also worked as an Emergency Room nurse at Brooke Army Medical Center in San Antonio, before separating in 2007.

Being stationed together has allowed the brothers a chance to help and learn from each other through their military experiences.

“It is nice to be here [together] because we can get advice from each other about military related issues, and occasionally our careers allow us to help each other out,” said Cooper.

“Something we have learned from our job experience is leadership by example,” added Macey. “It’s all about building good relationships and taking care of your Airmen.”

Macey and Cooper both plan on making the Air Force a career and serving 20 years. They also expect to stay geographically close to each other for the remainder of their Air Force career, if they’re able.

The brothers have shared a big part of their Air Force career together and will continue to do so once retired.

“I think both of us will encourage our kids to join the military,” said Macey. “It is a great opportunity to serve our country, gain professional experience and a great education.”