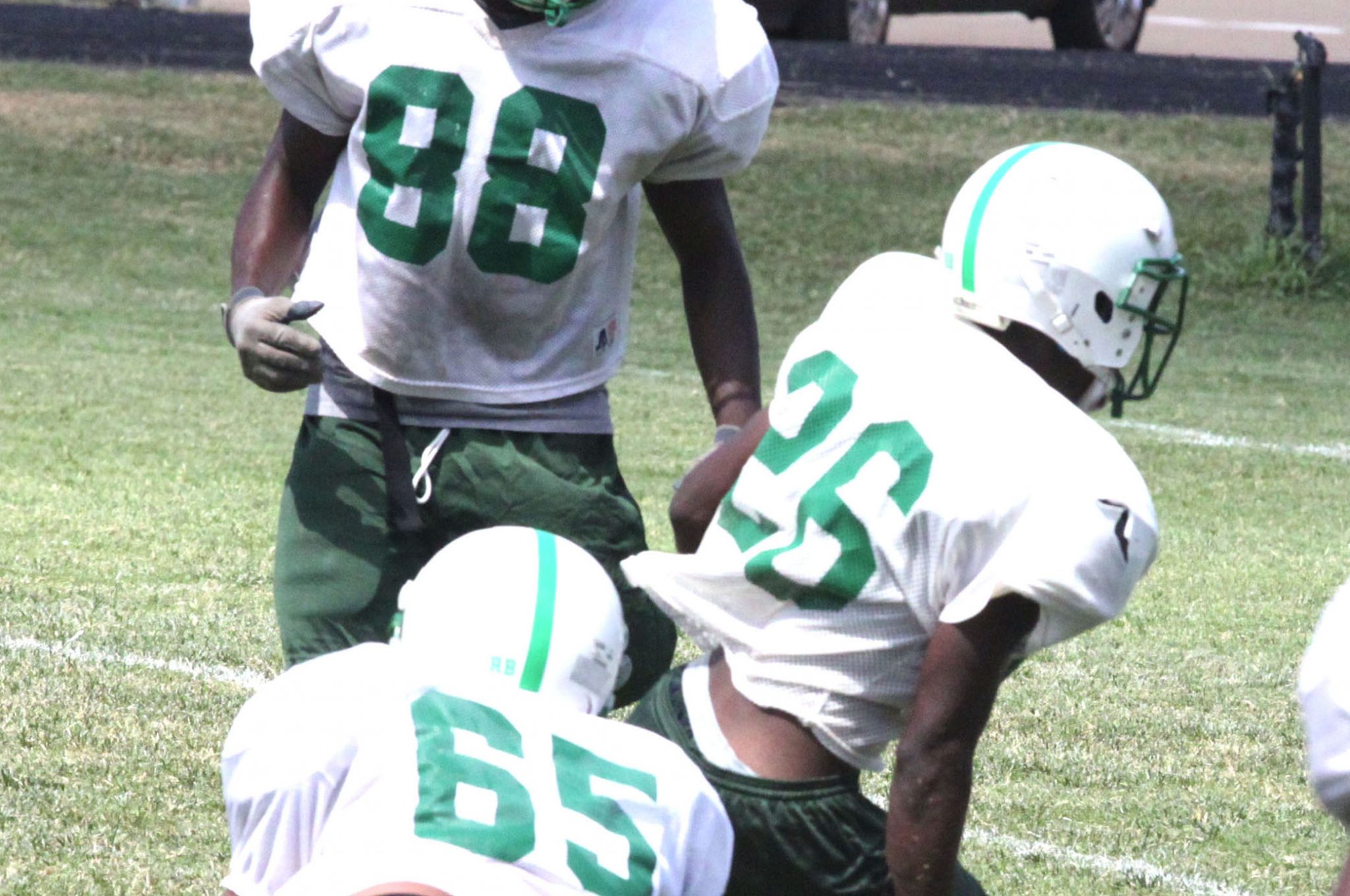 Bossier head coach Michael Concilio wasn’t particularly pleased with the way his offense performed in practice Monday and he let the players know it afterward.

But overall, Concilio said he’s pleased with how things have progressed thus far.

Teams throughout Louisiana were allowed to practice in pads for the first time Monday after spending a week undergoing heat acclimation drills.

The only pads Bossier players wore Monday were shoulder pads.

“It’s actually been pleasant out here,” Concilio said Monday. “We described it as a coaching staff as having fun.”

Concilio is having to replace most of his starters from last year’s District 1-3A championship team.

“You’ve got a bunch of just average athletes, average high school football players, and they’re out here, and they’ve got a really good energy about them,” he said. “None is peaks above the other in athletic ability. They’re all ready to actually play because they’ve been playing behind someone for so long. It’s been fun — except for today.”

Bossier two-way lineman Jalen Oliver agreed that the Bearkats were a little off their game Monday.

“It’s been going good,” he said. “We’ve been progressing, but over the weekend sometimes your mindset is really off because it’s the only two days off you get. Our mindset was kind of off today. We didn’t really show any progression or improvement so we’ve got to come back ready and focused.”

At Airline Monday, the Vikings closed a two-hour practice on a spirited note. The offense worked on getting to the line fast and running a play.

Airline third-year coach Bo Meeks was generally upbeat when talking to his team afterward, urging them to seize the moment.

“It went well,” Meeks said outside the Airline coaches office. “We had a really good week last week of heat acclimation. We tried to do everything as full speed as we could and felt like we got better each day.

“The guys came out focused today. They were physical, which was what we wanted to see. The offensive line did some really good things. We’re really excited about that because they’ve got a big challenge each day they go out.”