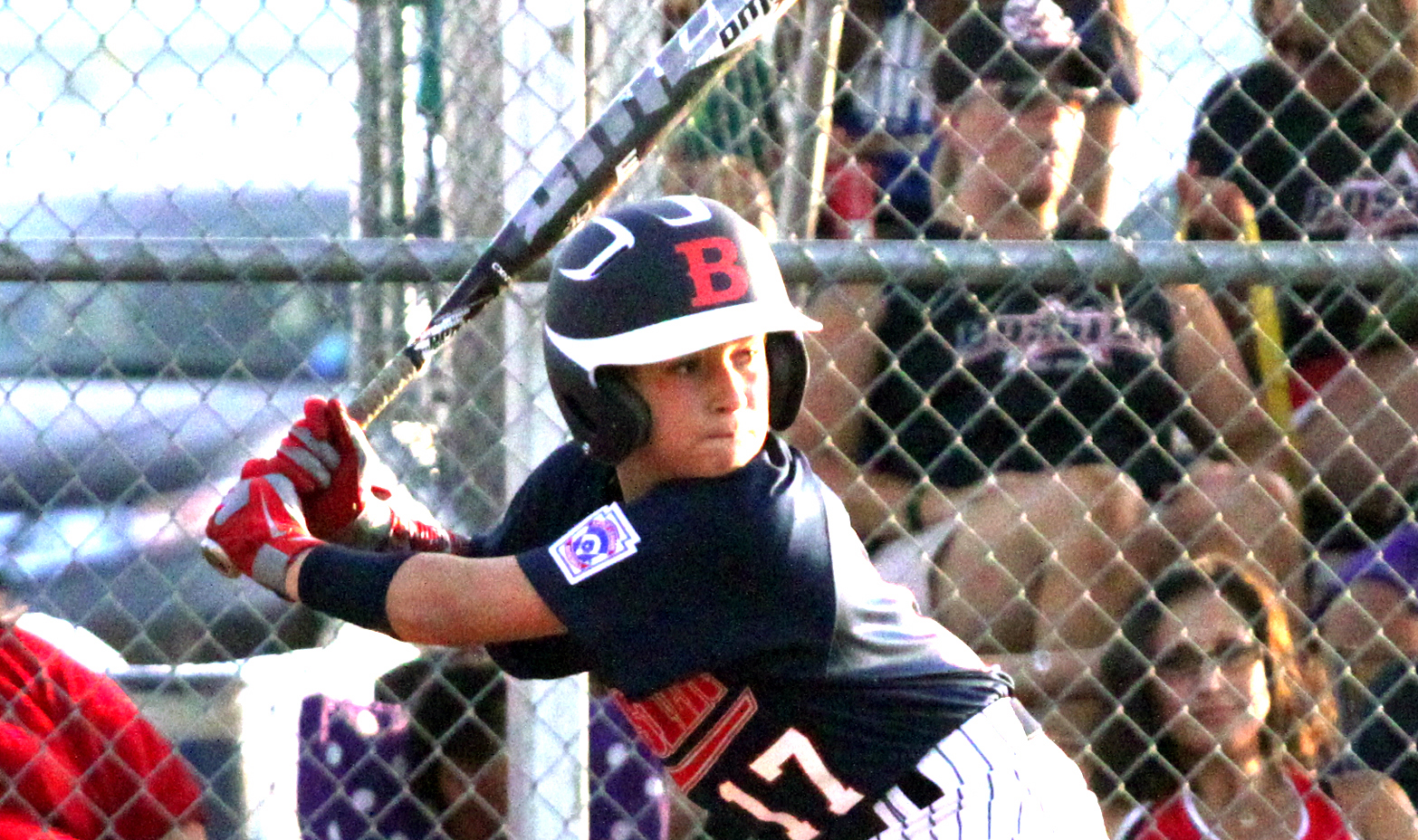 The Bossier All-Stars finished runner-up in the Little League baseball 11-12 state tournament, falling to South Lake Charles 8-5 in the championship round Wednesday night in Jonesboro.
Bossier didn’t go down without a fight.
Cole Broadway led off the final inning with a home run to cut South Lake Charles’ lead to 8-4. Christopher Lutterman walked and advanced to third on Bryson Connell’s single. Lutterman scored on Will Tynes’ one-out single.
But South Lake Charles got two strikeouts to end the game.
South Lake Charles also handed Bossier its other loss in the double-elimination tournament, 6-5, Monday night.
As in that game, Bossier got off to a good start Wednesday, scoring three runs in the first inning.
Clint Lasiter scored on a wild pitch. Peyton Lewis’ double scored pinch runner Cole Broadway. Will Tynes’ single brought home Lewis.
But South Lake Charles answered with six runs in the bottom of the inning on four hits, including a three-run homer. South Lake Charles added single runs in the second and fourth to take the 8-3 lead.
Bossier loaded the bases with two outs in the fifth but couldn’t take advantage.
Each team had six hits. Bossier’s hits came from six different players. Jake Maranto also had a single.
Lewis pitched five strong innings in relief, allowing two hits and striking out four.

Will Tynes homered twice as the Bossier All-Stars stayed alive in the Little League baseball state tournament with a 13-3, five-inning victory over the Eastbank All-Stars Tuesday evening in Jonesboro.
Bossier gets another shot at South Lake Charles in the double-elimination tournament Wednesday night at 7. Bossier fell to SLC 6-5 in the winners’ bracket finals Monday night. A Bossier victory Wednesday will force a second game for the title Thursday night.
Tuesday’s game against Eastbank was much different than the teams’ first meeting, a 3-2 Bossier victory.
Bossier broke open the game in the second inning, scoring four runs for a 5-1 lead.
Eastbank rallied with two in the top of the third, but Bossier answered with two in the bottom of the inning. Bossier added two more in the fourth to take a 9-3 lead.
Tynes ended it in the fifth with a two-run homer, giving him three in the last two games. He had four RBIs Tuesday.
Jake Maranto pitched a four-hitter with only one walk and four strikeouts.
Bossier outhit Eastbank 12-4.
Peyton Lewis went 3-for-4 with a double. Clint Lasiter went 2-for-3 with a double and three RBIs. Bryson Connell had a triple and three RBIs. Brayden Thompson had a double.
Riley Beck, Parker Hearne and Maranto all had singles. Gabriel Larry walked twice and scored two runs.
In Lafayette, Bossier moved within one win of the Little League 7-8 Machine Pitch state title with a 10-1 win over Jackson Parish. Bossier is 2-0 in the tournament and the only undefeated team left.
—

The Bossier All-Stars dropped a tough 6-5 decision to the South Lake Charles All-Stars in the winners’ bracket finals of the Little League 11-12 state tournament Monday night in Jonesboro.
Defending champion Bossier plays an elimination game Tuesday night against Eastbank, which they defeated 3-2 on Saturday. Bossier will have to win that game and defeat South Lake Charles twice to take the title.
Elsewhere, Bossier’s 7-8 Machine Pitch All-Star team advanced to the winners’ bracket finals of its state tournament with a 5-4 win over Lafayette Monday in Lafayette. Bossier faces Jackson Parish next.
Bossier’s 10-11 and 13-14 teams were eliminated in their state tournaments.
The 10-11 team lost to South Lake Charles 7-0 Saturday and Bogulsa 8-6 Sunday in Alexandria.
The 13-14 All-Stars rallied for an 8-5 victory over Avoyelles in the first round Saturday before falling to South Lake Charles 14-3 Sunday and Bogalusa 8-6 Monday in Lake Charles.
The Bossier 9-10 All-Stars face Mid-City in the first round of the their state tournament Friday in New Orleans.
In Jonesboro, Bossier got off to a great start against South Lake Charles Monday, scoring three runs in the first inning.
Peyton Lewis singled and advanced to second on Bryson Connell’s single. He reached third and scored on a pair of wild pitches.
Connell also scored on a wild pitch. Gabriel Larry, who reached on a walk, took advantages of the wild pitches to advance and then stole home for the third run.
Lake Charles rallied with two runs in the top of the second and then took a 6-3 lead with four in the third.
Bossier got within one in the third on Will Tynes’ two-run homer.
Bossier put runners on second in the fifth and sixth but South Lake Charles shut down the threat each time.
Connell led Bossier with two hits. Tynes, Lewis and Gabriel Larry had one apiece.
Brayden Thompson pitched well for Bossier in relief, allowing no runs on two hits with three strikeouts in the final three innings. He got out of a bases-loaded jam with one out in the sixth with some help from his fielders.
—
Bossier reached the finals with a 3-2 win over the Eastbank All-Stars Saturday.
Elsewhere, the Bossier 13-14 All-Stars dropped into the losers’ bracket of their state tournament with a loss to South Lake Charles Sunday night in Lake Charles. Bossier faces Bogalusa in an elimination game.
In Jonesboro, Peyton Lewis scored a run on Will Tynes’ sacrifice fly in the bottom of fifth to give Bossier a 3-1 lead against Eastbank. The run proved to be crucial when Eastbank hit a home run with one out in the top of the sixth.
But Bossier pitcher Bryson Connell didn’t let it bother him, getting two groundouts to end the game.
Eastbank’s other run also came on a home run in the first inning. Eastbank got only one other hit in the game off Bossier pitchers Jake Maranto, Tynes and Connell. The three combined for nine strikeouts.
Bossier tied it with a run in the third on Lewis’ bases-loaded double.
Bossier took the lead in the fourth on Gabriel Larry’s leadoff home run.
Bossier had four hits in the hard-fought game. Clint Lasiter and Connell each had a single.
The win was a big one. Had Bossier lost, it would have had to come back through the losers’ bracket and win five straight games to defend its title.
In Lake Charles, Bossier rallied from a 4-1 deficit for an 8-5 win over Avoyelles in the first round Saturday.
Bossier trailed Avoyelles 4-1 going into the bottom of the fifth. Bossier erupted for four runs in its half of the fifth to go up 5-4. Avoyelles tied it with a run in the top the sixth. But Bossier scored three in the bottom of the inning.
Avoyelles put runners on first and second with no outs in the seventh. Bossier pitcher Jarrod Williamson struck out the next batter and then got two groundouts to end the game.
Cole Melvin led Bossier at the plate, going 2-for-3 with a double and three RBIs. Brandon Jamison, Chandler King, Nick Elliott and Williamson all had singles. Elliott stole home for the go-ahead run in the sixth. Bossier took advantage of three Avoyelles’ errors and seven walks.
Elliott, Williamson, George Booras and Drew MacPherson combined on the mound to limit Avoyelles to five hits.
Jayson Nitz and Triston Waring had hits against South Lake Charles. Chandler King walked twice and scored a run.
Jamison and MacPherson had two hits each against Bogalusa. Elliott had a double. King, Nitz and Williamson had singles.
In the 10-11 Little League state tournament in Alexandria, the Bossier All-Stars were eliminated after losing to Bogalusa 8-6 Sunday. Bossier fell to South Lake Charles in the first round.
Walker Wise and Thomas Wilkin had hits for Bossier against South Lake Charles.
In the Dixie 7-8 Machine Pitch World Series in Texarkana, the Bossier All-Stars finished 3-2 after losing a tough one-run game to North Carolina in pool play. Bossier defeated Georgia 3-1,Virginia 13-1 and Texas 11-4 and lost to Arkansas in its other pool play games.

Note: This story is based on the teams’ GameChanger website pages.