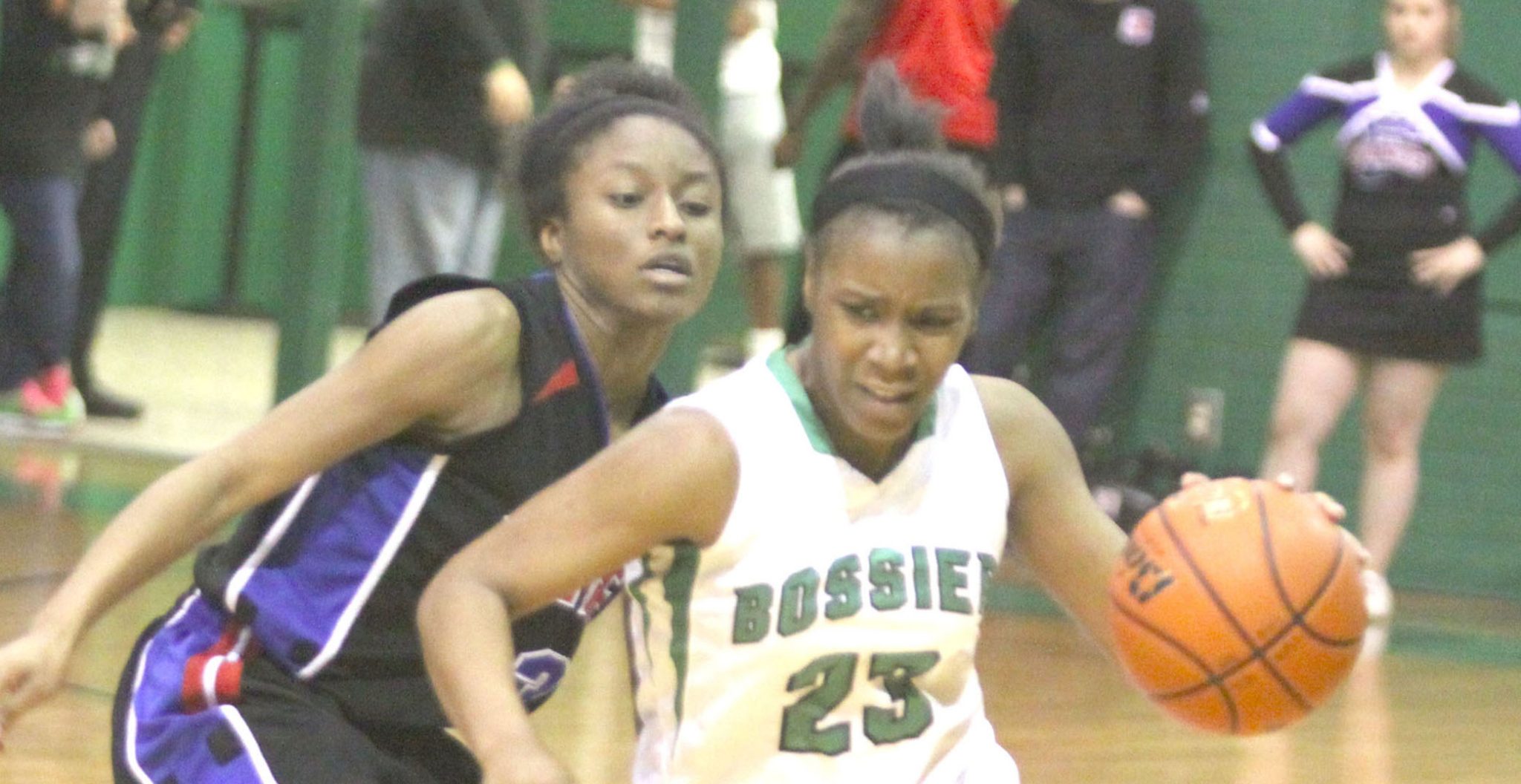 Airline remained one game behind District 1-5A leader Southwood with a 59-49 victory at Captain Shreve. Benton knocked off North DeSoto 67-54 in a District 1-4A game in Stonewall. Louisiana New Tech at Plain Dealing routed Ringgold 53-34 in Plain Dealing.

In District 1-3A, the Bossier Lady Kats defeated Evangel Christian 73-68 in a wild overtime game at Bossier.

At Shreve, the Lady Vikings didn’t take control of the game until the third quarter, turning a one-point halftime deficit into an eight-point lead heading into the fourth.

At Southwood, the Lady Bucs played a solid first half against the defending state champion Lady Cowboys but still trailed 25-22. Southwood was too strong in the third quarter, taking control with a 20-9 run.

Mattie McCoy paced Haughton (19-9, 3-3) with 16 points. Ebone’ Green chipped in with 11 and Brittany Robinett had eight.

Benton can move into a tie for second with a victory over the Lady Flyers Tuesday night at home.

At Bossier, the Lady Kats trailed 42-30 early in the second half and then went on a 15-1 run to grab the lead.

Bossier led by as many as eight in the fourth quarter, but Evangel rallied and sent it into overtime tied at 59 on a banked-in 3-pointer with 3 seconds left.

Bossier started fast in the overtime, taking a 70-63 lead on a Tiffany Lynn basket with 49.4 seconds left to play.

But the Lady Kats almost let it slip away. Evangel scored five straight points to cut the led to two with 21.5 seconds left.

Bossier’s Makayla King made a free throw with 13 seconds left. She missed the second, but the Lady Kats got the putback to secure the victory.

At Plain Dealing, New Tech (15-7, 5-2) remained two games behind leader Arcadia and one behind Grambling in 1-1A. The Lady Lions can move into a tie for second with a win at Grambling Tuesday.